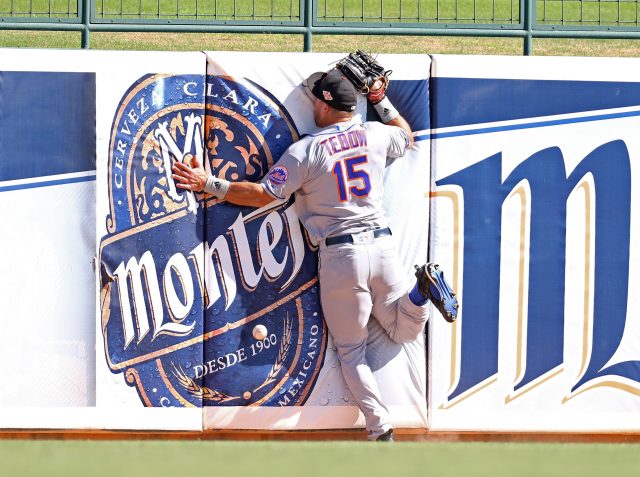 New York Mets prospect Tim Tebow not only crashed into an outfield wall today, but he comforted a man who was haveing a seizure.

This guy, Tim Tebow, is for real. He’s not one of those “do gooders” who’s all preaching and very little action. He’s genuinely a good person.

In this story from ABC 15’s Kari Van Horn, Tebow consoled and prayed for a fan who was having a seizure at his game at the Arizona Fall League. Not only did the New York Mets prospect console the man, but Van Horn is claiming the man started to breathe once Tebow dropped prayer on him.

Tebow signing autographs. Fan has what looks like seizure. Not moving. Tebow puts hand on him and says a prayer. Man breathes. WOW.

My friend had a seizure at Mets game and Tebow prayed for him and stayed with him until paramedics arrived #Mets #MLB #ESPN #Tebow pic.twitter.com/eVMP8iZ7b4

Call it coincidence if you’d like, but this guy is one good dude.

Perhaps this is why Sandy Alderson brought him in. Tebow can act as the new Mets trainer — a holistic healer for the ages.

As seen in the photo above, Tebow still has that dog in him as he crashed into the wall on a fly ball.

NEXT: Sorting Out The Crowded Mets Outfield