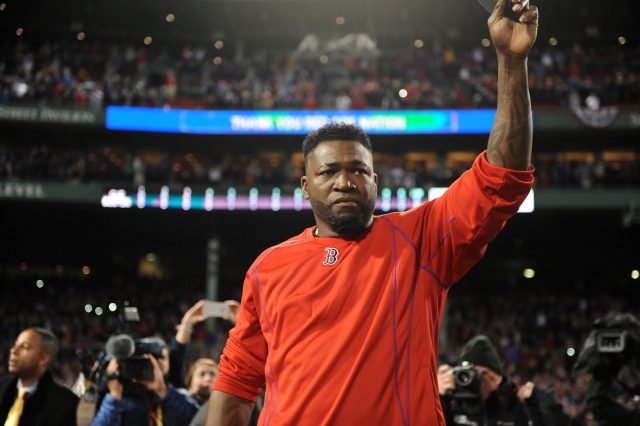 Big Papi has now played his final game for the Boston Red Sox and in Major League Baseball after the Cleveland Indians took Game 3 of the AL Wild Card Series at Fenway Park on Monday night.

The final score was 4-3, as Terry Francona and the Tribe swept away Papi’s BoSox.

Once the Indians cleared the field in full celebratory mode, Ortiz came out onto the field for the Fenway faithful:

Fans and fellow players are reacting everywhere over the scene. One such player is New York Mets starter Noah Syndergaard, who shared this tweet:

Thank you for always being yourself Big Papi….a total savage. It was an honor watching you play. One more year? (Not in my division) pic.twitter.com/O40zrzM9Cn

Thor may be the only New York City resident who feels this way.