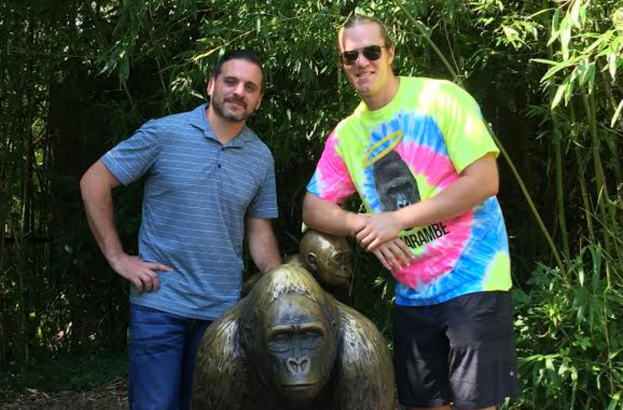 New York Mets flame-thrower Noah Syndergaard is at it again, this time wearing a Harambe shirt at the Cincinnati Zoo.

New York Mets pitcher Noah Syndergaard not only continues to hold a superhuman presence on the mound but off of it as well.

This time, that superhuman presence happened to be at the Cincinnati Zoo.

During the Mets visit to Cincy during their three-game series with the Reds, Syndergaard decided to visit the Cincinnati Zoo t-shirt labeled “Harambe,” which is the name of their recently famous deceased gorilla.

The Mets are in Cincinnati. So what does Noah Syndergaard do? Hits up the zoo in our Harambe T to see Harambes boys pic.twitter.com/taRIo3h4IL

This is just the latest of many hilarious impacts Syndergaard’s made off the mound, mocking the name.

The Mets are hoping that Syndergaard will mock the Reds the same way too when he makes his next start on Wednesday afternoon, which is the last of the Mets three-game series with them. Then it would continue to put pressure on the San Francisco Giants and the St. Louis Cardinals, both of whom are holding the two National League wild card spots.