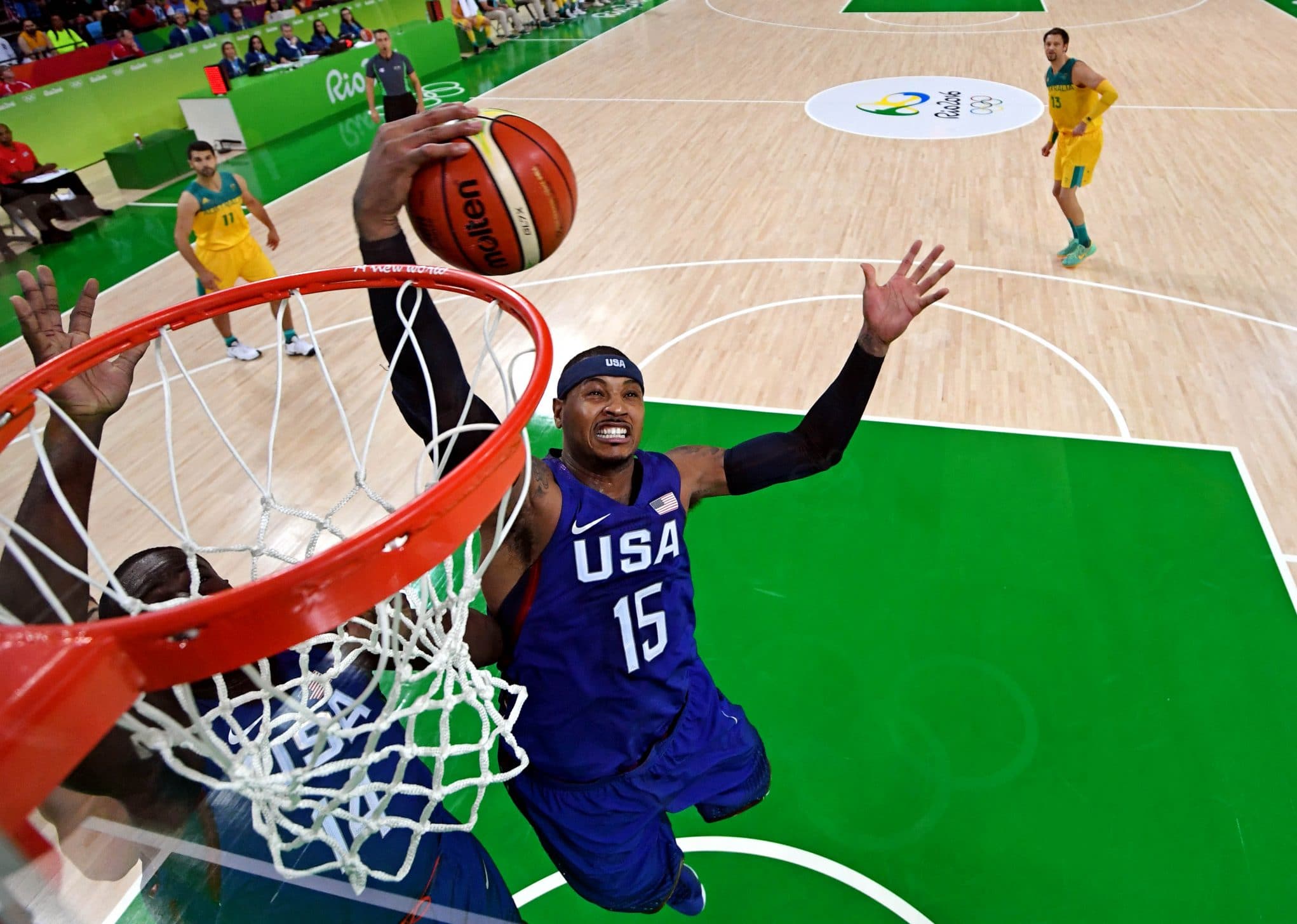 When fans of the New York Knicks heard that their star Carmelo Anthony would be content without an NBA Championship, they were shaken.

Carmelo Anthony is now the G.O.A.T. of the United States Men’s Basketball Team when participating at the Olympics. He was bestowed this tag when he became the Unite States’ all-time leading scorer on Wednesday night against Australia.

It begs the question stateside: What does this accomplishment actually do for fans of the New York Knicks?

What’s worse for these loyal Knickerbocker backers are the words that came out of Melo’s mouth recently.

Via Marc Stein of ESPN:

Most athletes don’t have an opportunity to say that they won a gold medal, better yet three gold medals. I would be very happy walking away from the game knowing that I’ve given the game everything I have, knowing I played on a high level at every level: high school, college, won [a championship at Syracuse] in college and possibly three gold medals.

Anthony was also sure to mention that if he hadn’t won an NBA title, he’d be “content.”

This is, undoubtedly, a tough one to take.

On one side, there’s something to be said for NBA players not receiving enough acknowledgement for their brilliance if an NBA ring isn’t secured. Thanks to the two decades prior to the new millennium that saw Magic Johnson, Larry Bird and Michael Jordan pile up 14 combined ‘chips, an NBA talent suddenly became only as good as his ring count.

Contrary to this new aged media belief greatness is out there, even for those who fail to capture a title (see Patrick Ewing, Charles Barkley, etc.)

Even while knowing that, however, Anthony should have never said this.

If retired, sure, he can sit back, put his feet up and rest on his laurels. But to be 32-years of age and still the superstar of his squad forces this statement bring an uneasy feeling along with it.

Was he wrong for saying it? No. He’s actually completely in the right. We as fans, and the media, have completely discounted players when they’ve been put in the unfortunate situation of playing with a losing organization.

He still shouldn’t have said it. The only sentiment it brings is one of “less competitiveness.”

Fans will now start to doubt just how much Melo really wants it. This is not a good look immediately following LeBron James‘s historically effort-filled NBA Finals.

As fans, we want “our” guy to rip somebody’s head off for that elusive ring. We literally want that guy to take no prisoners en route to his preconceived destination – one that includes jewelry at the end of the rainbow.

We could have lived without this one Melo.

NEXT: New York Knicks’ Kevin Seraphin Wants To ‘Revive’ Himself