Didi Gregorius and Starlin Castro’s stellar play for the New York Yankees symbolizes potential for the duo to turn into something magnificent.

Everyone loves Derek Jeter of course. Even though he kind of held the New York Yankees hostage in his final season by not volunteering to move down in the order or (hushed tones) ask out of the lineup, we don’t hold that against him. His career was too spectacular to nitpick.

Yankees fans love Robinson Cano too. Even though he asked for way too much money and left New York in favor of a worse franchise, we don’t hold that against him.

For Yankees fans, the hardest thing about the departure of Cano and the retirement of Jeter was the thought of having to find players to replace them. Shortstop and second base are not easy positions to fill with players who can both handle their own in the field as well as offer something at the plate.

It has taken a number of seasons, but it seems as though New York may now have its middle infield set for the foreseeable future.

Didi Gregorius came over from Arizona in a trade in the 2014 offseason with a reputation of a good glove and nonexistent bat. In 2015, he followed that blueprint almost to a tee. Fangraphs rated him as a minus offensive player and plus-plus defender.

Now in his second season as a Yankee, it feels like both aspects of his game are coming together to the point where Gregorius can be that next guy to succeed Jeter. He hasn’t been nearly as good in the field but has more than made up for it with what he is doing with the bat.

A lack of walks is still an issue for Gregorius, as his walk rate has actually declined from 5.7 percent to 3.4 percent for the Yankees, but everything else is coming together. He is hitting for more power, making more and stronger contact, striking out less; all this and he has not been overly lucky with batted-ball rate. Instead, it seems like Didi is simply becoming a better and more effective hitter.

His double-play partner may be in for the long haul as well. Starlin Castro came to the Yankees this offseason in a trade with the Chicago Cubs. He came out of the gates on fire this season, has since slowed but remains a viable option to play second base for New York for a long, long time.

Castro fit a similar description to Gregorius before joining New York. He was seen as a great (and incredibly versatile) defender with a questionable ceiling at the plate. The combination of power and speed that he possessed as a young Cub seemed to melt away from when he made the Majors to where he stood before the trade took place. The speed still hasn’t come back, but Castro once again looks like a Major League bat at second base.

His 2016 April was probably the most encouraging thing the Yankees could have seen from Castro. He hit over .300 with a .833 OPS. None of the subsequent months have been anywhere near as successful, but that set a ceiling for his abilities.

Gregorius and Castro are not the perfect match up the middle, however. Neither player draws walks at a high clip nor offers the type of stolen-base threat you would hope to get from a middle infielder. They also don’t possess the type of slugging generated from a combo like Jeter and Cano.

However, we were never looking for the next Jeter or Cano to play in pinstripes. Instead, it was just about finding capable replacements to take the team into the next generation, and it appears as though we have found just that. 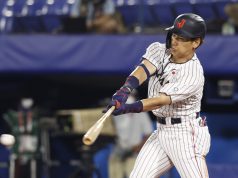 How Red Sox just did Yankees a colossal favor 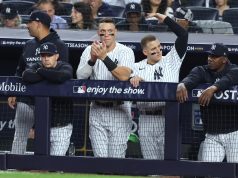 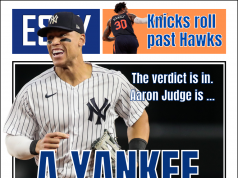