Fournier shot 62.9 percent in the restricted area and 45.9 percent on above the break 3’s. 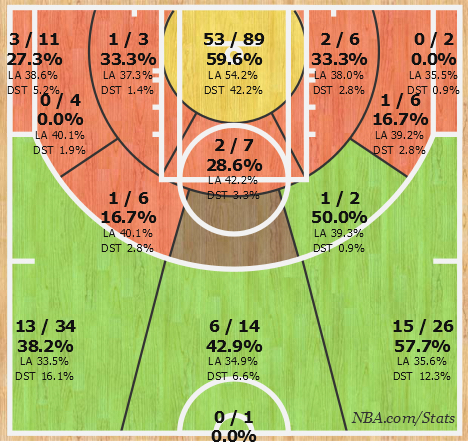 As the season progressed Fournier cooled off, and so did the Magic.

They’ve under-performed this season but it has nothing to do with Fournier.

Fournier has been one of the most efficient shooters in the league this season, ranking in the 84th percentile in points per possession on spot up plays and the 77th percentile when coming off screens.

The argument can be made that Fournier is Orlando’s most important player.