Sometimes the best moves are the ones you don’t make. The New York Mets are positioned just fine for the long term.

The baseball offseason has sure been a busy one. Players have signed and have been traded, and money is being spent like never before. The offseason has been rife with plenty of interesting storylines, both good and bad.

One of the most interesting storylines of this offseason has been the New York Mets fan reaction to the team’s offseason moves, or lack thereof. Now before I get more into the reaction by Mets fans this offseason, I need to first add in a caveat: I am not from New York, and I am not, nor have I ever been, a Mets fan.

Despite not being a Mets fan, I understand the pain that Mets fans have gone through over the last 15 years. I was born and raised in San Diego and have been a fan of the Padres since I was young. I’ve watched losing team after losing team with no clear end in sight. Prior to their surprising World Series run in 2015, the Mets weren’t good for a number of years. The pain of all those years of losing is finally beginning to dissipate.

Despite one of the most successful seasons in recent memory, fans still do not seem to be satisfied.

Going into the offseason, it was pretty clear the Mets would look a little bit different than they did going into the World Series. Both Daniel Murphy and Yoenis Cespedes were to be free agents, with neither likely to come back on a new long term contract. However, despite the likelihood that neither player would re-sign this offseason, Mets fans took an increasingly one-sided stance. For many a Mets fan, it was re-sign Cespedes or bust.

Fast forward a few months, and the Mets look just a bit different from last year. Both Yoenis Cespedes and Daniel Murphy are gone, and in their places are newly acquired Neil Walker, and a full season of Michael Conforto in left field, flanked by a likely Juan Lagares/Alejandro De Aza timeshare in center field. The rest of the diamond looks mostly the same, with the addition of Asdrubal Cabrera as another option to play throughout the infield. The rotation, still the best in the league with Matt Harvey, Jacob deGrom, and Noah Syndergaard on top, with Steven Matz and Bartolo Colon to follow, also with the impending return of Zack Wheeler from injury.

Barring the losses of Cespedes and Murphy, and the additions of Cabrera/De Aza, the Mets look like pretty much the same team that got to the World Series last year. Even so, this offseason has been met with quite a large amount of frustration from Mets fan directed at the front office.

While the signing of Cabrera was generally accepted, the signing of De Aza has been met with nothing short of outright disdain. I won’t get into too much of the specifics of what has been said here, but the reaction has been overwhelmingly negative. I frequent a lot of baseball websites around the web, and seem to always find a Mets fan completely skeptical about this offseason, and more specifically the signing of De Aza. In fact, fangraphs.com does weekly chats with some of their writers, and the Dave Cameron chat from Tuesday had at least four or five questions about what outfielder the Mets would sign or just general comments about De Aza being inadequate and the Mets needing an upgrade. 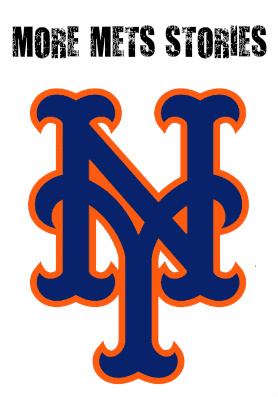 I get it, losing a player of Cespedes’s caliber is difficult. With that being said, the Mets offense doesn’t have to be in the top of the league for them to win games. They have one of the best young pitching staffs in not only the game today, but perhaps in baseball history. Scoring any runs at all should be enough for that staff. And banking on successful full seasons from David Wright, Michael Conforto and new additions Asdrubal Cabrera and Neil Walker isn’t an outlandish proposition. The Mets have talent here, with or without Cespedes.

Sure the Mets haven’t made any big splashes in free agency this offseason, but honestly they don’t need to. With a starting rotation like the one they have, the Mets really have no business giving out big, long term contracts to any position players. The likes of Harvey, deGrom, Syndergaard, Matz and Wheeler won’t be cheap forever, and the Mets need every bit of money they can save to pay those guys in the coming years. Building a team around pitching is a successful strategy, one that bore fruit for the Mets just last year. Spending big on marginal offensive upgrades is not only non-beneficial to the current Mets roster, but perhaps detrimental in the long term.

At the end of the day, the Mets have been relatively quiet this offseason by some fans standards. Even so, the team has made several good additions, including De Aza, Walker, and Cabrera, that give them a good amount of depth around the diamond, and provide them with enough offensive firepower to support a top notch starting rotation.

Despite the lack of big time free agent additions, or big ticket trades, the New York Mets are in a good spot for not only 2016, but beyond as well. It may be hard for some Mets fans to hear, but the last statement is true. At this point, the best thing for upset Mets fans to do is trust the process. The Mets front office knows what they are doing, whether fans want to call them thrifty or cheap or whatever else. The Mets have a great foundation to build upon for both the immediate and long term future.

To the Mets fans out there, just relax. It’s all going to work out one way or another.

NEXT: Isles Rally Past Rangers, 3-1, In Brooklyn