Arguing whether or not Joe Flacco is an elite quarterback is a debate we’ve been having since what feels like the beginning of time. It became prominent enough of a conversation that Flacco himself discussed it 10 years ago as a member of the Ravens.

Fast-forward a decade later, though, and his own kids have the answer: he’s not elite. In fact, he “stinks” according to them. Here’s proof of the signal-caller saying it during the latest One Jets Drive show:

This is just perfect in so many ways. It doesn’t matter how confident you feel about something — parents can always count on their kids to bring them down a peg. Flacco has five kids, so he’s likely getting an earful at pretty much every opportunity.

The veteran quarterback is probably happy school has recently started again so they have something else to focus on for a bit.

The prime of Flacco’s career is certainly in the rearview mirror, but he’s put together a decent NFL resume. Most of that comes from his 11 years with the Ravens, which includes one Super Bowl title.

He’s appeared in just 15 games since the start of 2019, though, with 13 of them being starts. Flacco has completed 272 of 438 pass attempts during this time, including 15 touchdowns, eight interceptions, and 3,024 passing yards. Regardless of his elite-or-not-elite status, he’ll likely be under center in Week 1 for the Jets to face his old team as Zach Wilson continues recovering from knee surgery.

You have to love a little revenge-game narrative for Flacco in the season’s opening week. But either way, it seems like his kids will figure out how to get on his case. That’s what kids are for, right? 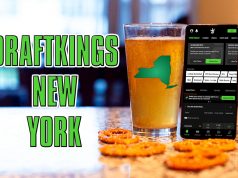