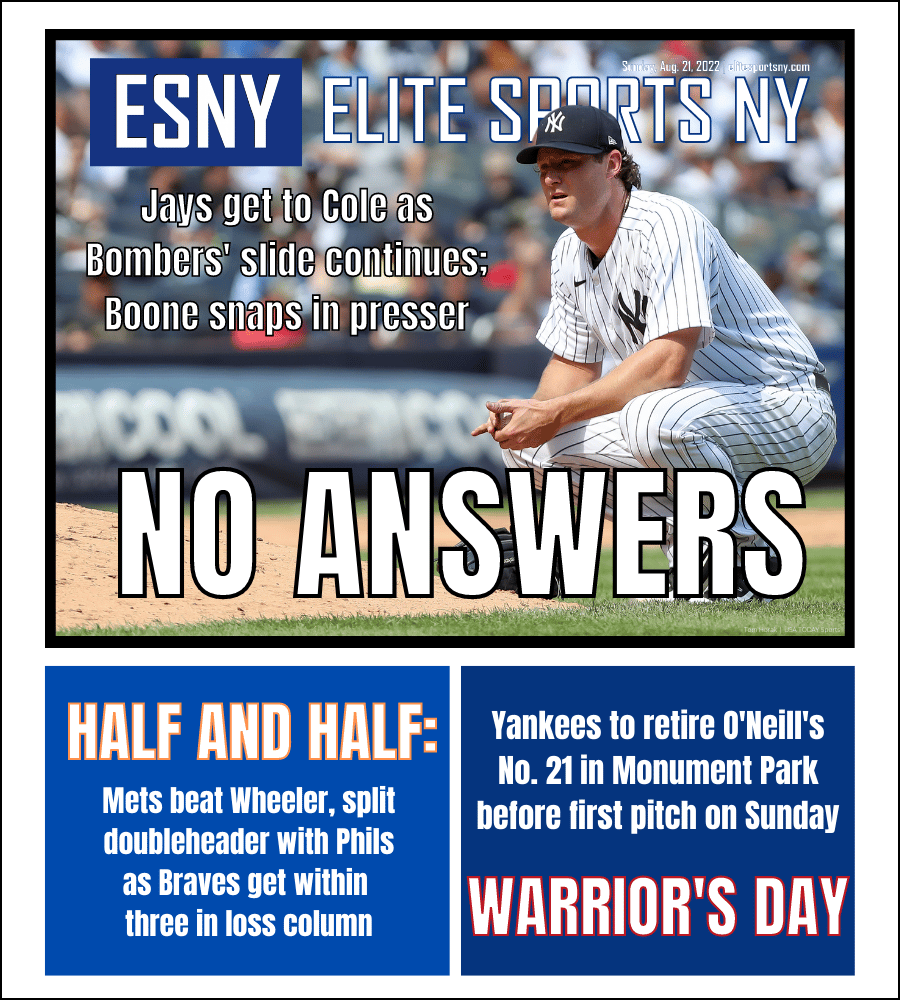 The lead story: The Yankees cannot figure it out. The Blue Jays are on the verge of a four-game series sweep after a 5-2 win Saturday in the Bronx. They touched up ace Gerrit Cole during the game and manager Aaron Boone melted down after it. The Yankees have lost three straight games, six of their last seven, nine of their last 11 and 15 of their last 19.

The sidebars: The Mets split a day-night doubleheader in Philadelphia, beating Zach Wheeler and the Phillies in Game 1 before dropping the second game. And the Yankees are set to retire Paul O’Neill’s No. 21 on Sunday before they close out the series finale with Toronto.

The Mets (78-44) have a three-game lead on the Braves in the NL East, both in the standings and loss column. Their lead on the Cardinals for the No. 2 seed in the NL is 8.5 games (seven in the loss column).