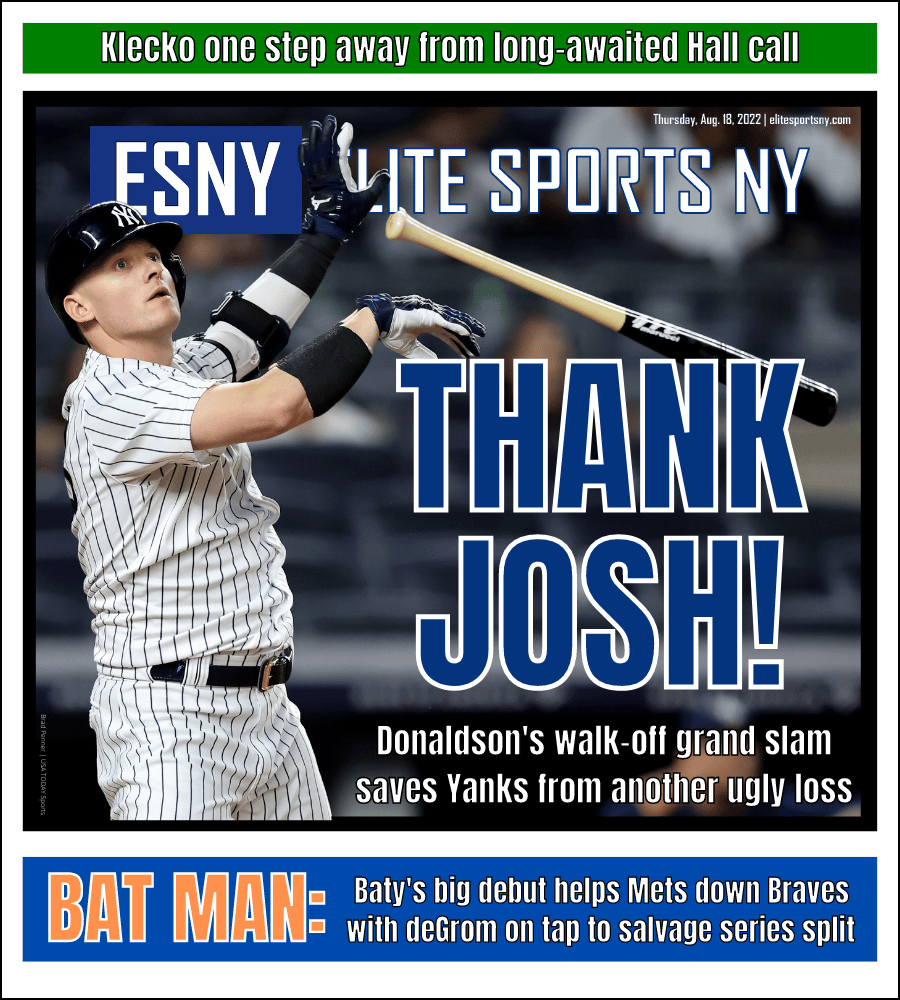 The lead story: Josh Donaldson’s walk-off grand slam in the bottom of the 10th inning lifted the desperate Yankees to an 8-7 triumph over the Rays in the Bronx.

Donaldson’s blast came after Aroldis Chapman gave up three runs with two outs in the top half of the frame to give Tampa Bay a 7-4 lead. Yankees first baseman Anthony Rizzo forced extra innings with a solo shot in the eighth inning. The Yankees snapped a three-game losing skid with the win. They had dropped six of their last seven and 12 of their last 15 entering the night.

The side bars: Brett Baty had a smashing debut for the Mets, blasting a two-run home run in his first big league at-bat. The Amazins weathered a rain delay and two Braves rallies to hold on for a 9-7 win in Atlanta. They will aim to salvage a series split Thursday night with Jacob deGrom on the mound.

Joe Klecko is now on the verge of football immortality. The Jets defensive line great moved one step away from his long-awaited induction into the Pro Football Hall of Fame. He was named one of three senior candidate finalists for the Hall’s 2023 class. His entrance should be a formality from this point based on past history.

Next up: The Yankees open a four-game set against the Blue Jays at home. And the Mets will close out their series with the Braves in Atlanta.