Major League Baseball wants an international draft. Doing it wrong could be a huge mistake.

As MLB and the players deliberate on a new collective bargaining agreement, one of the items that’s become a hot button in talks in recent days has been the owners’ desire to implement an international draft.

It’s understandable why some owners would want to “level the playing field” when it comes to signing international players. It seems that some teams have a lock on certain parts of the world: the White Sox with Cuban players, the Braves with Curaçao, the Yankees and Cubs with players who want to get paid.

So while this idea, on the surface, feels like it could help… there are some potentially catastrophic issues with trying to implement this right now.

And Major League Baseball is where serious work needs to be done. 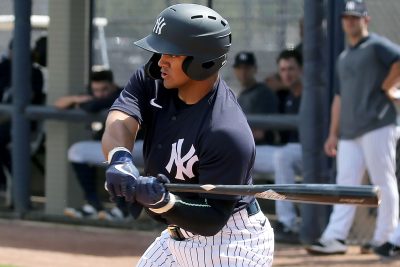 There is one major professional sport in the United States (and Canada) that pulls off a true, fully international draft: the National Hockey League.

And MLB should be on the phone with the NHL immediately if they want to implement an international draft to learn exactly how much infrastructure is needed to do it well — much less do it right.

The NHL has a Central Scouting service which provides information on hundreds of draft-eligible prospects. They break down their rankings by North American skaters/goalies and European skaters/goalies.

They have analysis on hundreds of players from all over the globe, and do their own rankings — which are updated throughout the year leading into the draft. And this information is available to every NHL organization.

Now, NHL clubs need to do their own scouting and develop relationships with players, international agents/clubs/scouts and learn the differences in the international game and the one played in North America (note: the ice surface is a different size in Europe).

But there is at bare minimum a set of basic information available to all 32 clubs to use as they make their draft decisions.

Major League Baseball does not have this. It’s the wild west when it comes to scouting internationally. Many organizations have developed academies in Latin America where they can work with/train young players. But that ain’t it; that’s why an international draft is an actual consideration.

ESPN’s Jeff Passan spoke with David Ortiz about the concept. He tweeted a terrific thread with the thoughts of Big Papi on Wednesday morning.

In a voice message sent to a group chat that has been widely shared in Dominican baseball circles, David Ortiz, perhaps the most influential baseball voice in the country, came out strongly against the international draft, according to a copy of the message obtained by ESPN.

Mets shortstop Francisco Lindor shared his thoughts — focused on this being a tactic used by owners to divide the players.

Get informed before jumping to conclusions. pic.twitter.com/VA34RbC3K0

And Fernando Tatis, Jr., made some critical comments about a potential international draft as well.

Fernando Tatis Jr.: "The International Draft is going to kill baseball in DR. It's going to affect us a lot, because there will be many young people who used to give them the opportunity to get a bonus and with the draft it will not be the same ”, per @ElCaribeRD. pic.twitter.com/KpUm6KEazb

What we’re seeing players from Latin American countries with open boundaries step up and speak against immediate implementation of an international draft.

What about Cuban players who have more political hurdles in their journey to a professional baseball career?

And what about players in Asia?

Those players join MLB through a completely different process than those who sign as teenagers today. And those issues need to be addressed.

And what happens when the next Jasson Dominguez doesn’t want to sign with the Pirates when they draft him? Or when the Braves have a young player tucked away, hidden from others and somehow he “lasts until the fifth round” of the draft?

The idea of jumping into an international draft has too many complicating factors to do it now.

Ortiz’s compromise — be open to a draft, but involve the most prominent voices, names and minds to ensure it launches down the road with bipartisan support — seems to be reasonable. Either way, the international draft has become a vital part of a new deal coming together.

Could MLB do it?

Yes, Major League Baseball could — eventually — have a system in place to execute an international draft.

But there’s a lot of work to do before we get there.

So here’s my proposition for the owners: put it on the table for the next CBA conversation in five years. And spend the next five years developing the core infrastructure needed to get it done. Answer the questions players like Big Papi and Tatis have — and those about players from parts of the world that don’t sign as teenagers.

I think players would be more open to the concept if it wasn’t a half-baked idea to start changing the entry to professional baseball for players from around the world.

Call the NHL. Learn from their Central Scouting services. Develop your own internal scouting services to help teams that have not invested as well as they need to so they can compete in an international draft.

Then — and only then — could/should MLB consider an international draft.