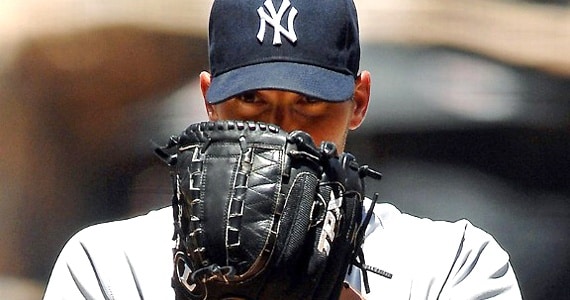 Why Andy Pettitte was My Favorite player.

Andy Pettitte was drafted by the Yankees in 1990 and made his MLB debut in 1995, a couple of months before I was born. I didn’t start getting into baseball until 2004, when Pettitte was serving his brief stint with the Houston Astros.

This meant that I didn’t get to watch Pettitte don the pinstripes until he returned to the Bronx in 2007, at which point baseball and the Yankees had completely captured my heart.

When I began watching the Yankees, while Pettitte was still in Houston, Derek Jeter and the newest member of the team, Alex Rodriguez, caught my attention. I loved watching them play and knew they were special, even at that young age.

My parents immediately bought me Jeter and Rodriguez apparel and posters and I knew that I had picked the right team to support.

But when Pettitte returned, it felt different for me.

I knew he wasn’t as elite as some of his teammates like Jeter and Rodriguez as well as Mariano Rivera. And I knew his career wasn’t as prestigious as fellow starter Roger Clemens, who was playing in his last season before retiring.

But the enjoyment I felt watching Pettitte take the mound and perform at that level, from 2007 until he retired, was indescribable.

Seeing him intimidate his opponents while standing on the mound with his glove in front of his face, covering everything except for those piercing eyes, was mesmerizing and I still smile when I think about it.

Pettitte is my favorite athlete of all time so there’s a lot that I love about him, but his consistently elite performance during the postseason has to take the cake.

I can count the number of athletes on my favorite sports teams who had that killer instinct come the playoffs on one hand, and Pettitte was one of them.

His ability to take his already-excellent play of the regular season to the next level as soon as the calendar flipped to October was something most fans never get to experience from the players they root for.

When I think back on that illustrious World Series title in 2009, the only World Series I’ve seen the Yankees win since becoming a fan, Pettitte is the first player I think of and I know the team wouldn’t have been able to get the job done without him.

The weeks leading up to his retirement were really tough for me- no athlete had had such an impact on me- but I felt so grateful to have been able to watch and appreciate Pettitte for so long.

I ran into Pettitte at LaGuardia Airport in 2014. He had just landed for Jeter’s retirement ceremony and I couldn’t believe my eyes.

I immediately ran to him, shook his hand as he towered over me, and asked for a selfie with him (that came out blurry because my hand was shaking).

I made it a point to tell him how much I had loved watching him growing up and that he was my favorite athlete ever. He thanked me multiple times and we went our separate ways.

He was so humble that he seemed nervous while I was saying all those things to him.

I didn’t watch Pettitte for long. I never saw him pitch in person and I’d give practically anything to go back in time to see his entire career pan out. But I am immensely grateful for what I did see from him and all the joy I experienced watching him play.

I sincerely hope every sports fan in the world gets to have their own Andy Pettitte.