Yankees slugger gets his own curated set with Topps.

As the baseball world waits for MLB to ends its lockout of the players and get a new CBA done, the sports card industry continues to be red hot.

Topps released its Series I for 2022 a couple weeks ago, and now they have released a limited run set that should appeal to collectors and Yankees fans alike.

Aaron Judge has become the face of the New York Yankees in recent years. Last week, Topps introduced a new Aaron Judge set of cards designed with and curated by the Yankees’ star right fielder. 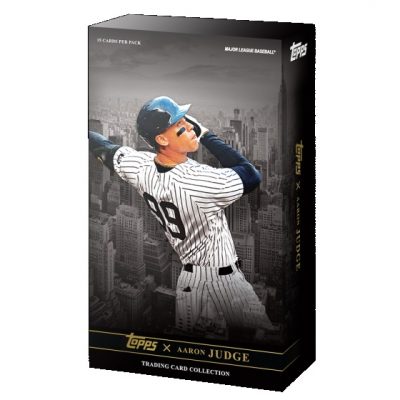 Topps X Aaron Judge set went on sale on Feb. 24 and is already sold out.

Each box included 15 cards, so if you wanted to complete the 82-card base set you were going to need to buy in bulk.

The set included Yankees legends, players who were born in or played in California, current stars and others players from the past. Judge also signed a limited number of cards for the release, as did former major leaguers Ryan Howard, Mark McGwire, Jim Thome, Derek Jeter, CC Sabathia and others.

You can view the complete checklist here. 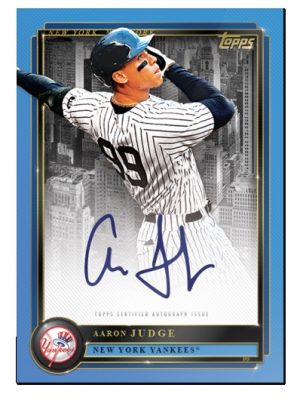