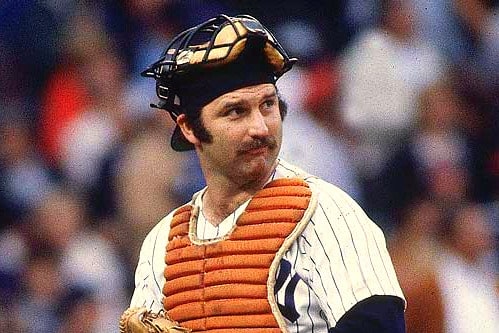 Who were the best New York Yankees players of the 1970s?

We’re only two days away from MLB officially canceling regular season games, and yet here we are still looking back fondly on periods of New York Yankees history.

Over the past few days, we’ve been looking at the top ten Yankees players by decade based on their WAR (per Baseball-Reference). Most recently, we covered Don Mattingly’s prime years in the 1980s.

This time, we strap on our platform shoes and turn on some disco to look at which New York Yankees defined the 1970s.

A baseball player in every sense of the word, the Ohio-born Munson was many a Yankees fan’s favorite player in the ’70s. Munson was a seven-time All-Star who won three Gold Gloves and two World Series rings with New York before his tragic death in a plane crash in 1979. The former Yankee captain also hit .357 in the playoffs and was the AL MVP in 1976.

When he wasn’t fielding his way to two Gold Gloves, Nettles was nothing but a great teammate with the New York Yankees. The five-time Yankees All-Star third baseman was always front and center when things got scrappy and hit 250 of his 390 career homers in pinstripes. Two World Series rings were a nice bonus too.

By today’s standard, White might have been an analytics superstar. The switch-hitter was never an elite hitter, but held his own while keeping his walks up and his strikeouts down. White was also highly durable, rarely ever missing time, and was an elite defensive outfielder in his time.

Randolph was just 21 years old when he debuted with the Yankees in 1976, and the rest is history. He made the first of six career All-Star teams and his slick fielding and quick legs were instrumental in New York’s winning three consecutive AL pennants. Randolph later returned to the Yankees as a coach and is still beloved by fans to this day.

Whether you called him “Louisiana Lightning” or “Gator,” the Cajun-born Guidry did more than win two World Series with the Yankees in the ’70s. In 1978, he turned in one of the most dominant seasons in MLB history, going 25-3 with a 1.74 ERA. Guidry also led the majors in ERA+, FIP, WHIP, and H/9 en route to a unanimous Cy Young win, and he finished second in MVP voting behind Red Sox outfielder Jim Rice.

Long considered the outfield heir to fellow Oklahoman Mickey Mantle, Murcer was as advertised and a bright spot for the struggling Yankees of the early ’70s. He made four straight All-Star teams before he was unceremoniously traded to the Giants for Bobby Bonds in 1975, then also played for the Cubs before returning to the Bronx in 1979. Shortly after, Murcer carried the Yankees to victory just four days after his good friend Thurman Munson’s death. Murcer was also a beloved Yankees broadcaster in retirement.

Jackson came to the Yankees as a blockbuster free agent, signing a five-year deal worth a then-record 2.96 million. When he wasn’t courting controversy, Mr. October was either slugging home runs in the playoffs or in the regular season. He hit .300 with an AL-best 41 home runs in 1980 and hit .289 with 129 longballs from 1977-80.

It’s easy to miss just how consistent Chambliss was as a Yankee. He played strong defense at first base, hit .282 in pinstripes, and batted .307 in the playoffs. Chambliss won two World Series rings as a player, and then added four more as Joe Torre’s hitting coach during the ’90s dynasty.

Mick the Quick got his name from his legs and swiped 93 bags as a Yankee, and also hit .308 in the postseason. However, what many forget is Rivers also had great range and an even greater arm in the outfield, registering an eye-popping 30 outfield assists in his time with the Yankees.

It’s hard to describe just how much of an impact Lyle had as the Yankees’ closer, as he registered 141 of his 238 career saves as the Yankees. Lyle also won the 1977 AL Cy Young and the first of two World Series rings. However, what many don’t know is Lyle was just as durable as he was dominant, throwing more than 100 innings in five of his seven Bronx seasons…out of the bullpen.