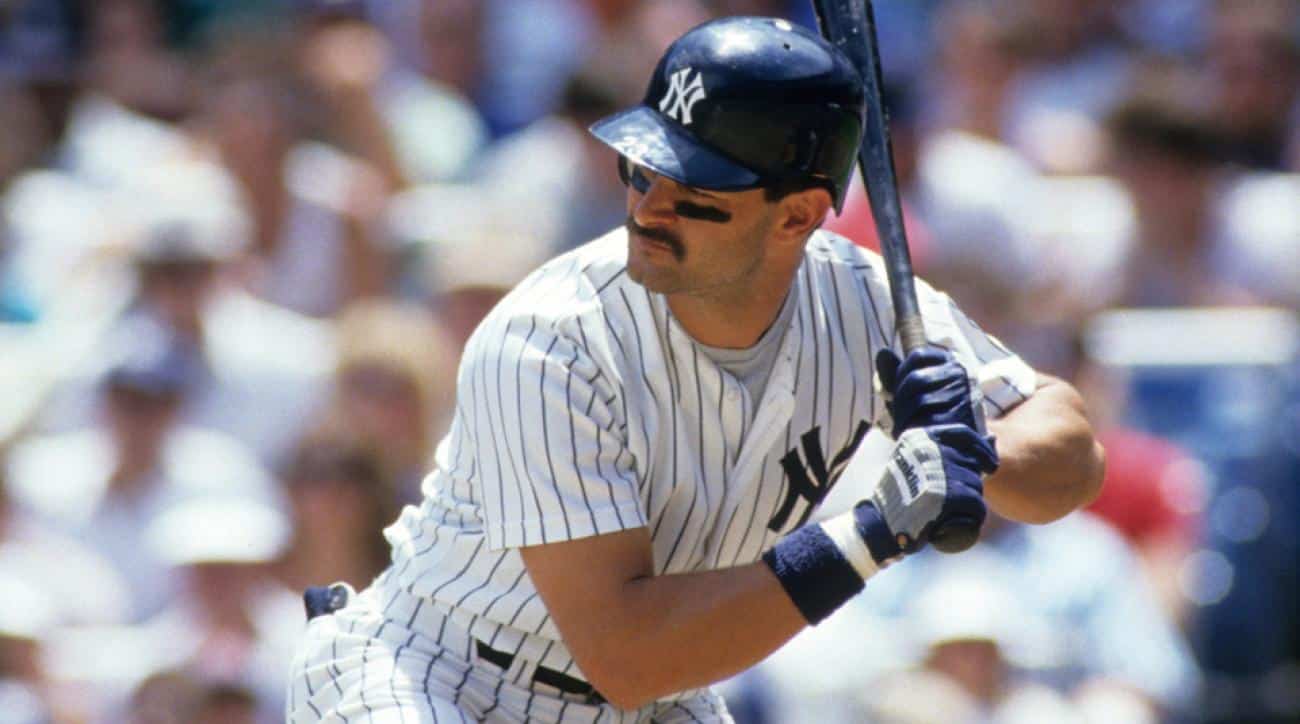 Who were the best New York Yankees players in the 1980s?

Another day, another round of MLB labor negotiations. The New York Yankees are starting to gather in Tampa, but no spring training games are on the horizon.

We’ve recently been looking at the top ten Yankees players by decade based on their WAR (per Baseball-Reference). Earlier this week, we covered the Core Four’s prime years in the 1990s.

Now, let’s join Doc and Marty in the DeLorean and check out Don Mattingly’s best years: the 1980s.

Now the manager of the Miami Marlins, Don Mattingly was the Yankees’ youthful star first baseman of the ’80s. A cup of coffee in 1982 turned into the AL batting title two years later, with teammate Dave Winfield finishing second. Mattingly then took home the AL MVP trophy in 1985, batting .317 with 169 home runs in the decade before chronic back problems robbed him of his power.

Henderson arrived in a trade with Oakland and made the most of his four-plus years in the Bronx. The Hall of Famer led MLB in runs scored in his first two seasons with the Yankees, and Henderson also led the AL in stolen bases three times. He hit .288 with 326 steals in pinstripes before being traded back to the A’s in 1989.

Winfield made history when he signed a 10-year, 31 million deal to join the New York Yankees. Despite a nasty feud with owner George Steinbrenner, the Hall of Fame outfielder made eight All-Star teams and won five Gold Gloves in New York. Winfield also hit .290 in pinstripes with 205 of his 465 career home runs.

A Brooklyn native, Randolph didn’t win any more World Series rings in the ’80s, but still proved a reliable contact hitter and infielder for the Yankees. He did, however, make two All-Star teams and bat a respectable .273 before signing with the Los Angeles Dodgers in free agency.

Lousiana Lightning continued to be a reliable innings-eater in the ’80s and won 21 games 1983 and then an MLB-best 22 in 1985. Guidry posted a 3.67 ERA over this stretch and won his five career Gold Gloves too.

What a New York Yankees career Dave Righetti had indeed! He posted a 2.05 ERA en route to winning Rookie of the Year in 1981, no-hit the hated Boston Red Sox on the 4th of July in 1983, and then suddenly became a dominant closer. Rags 46 saves in 1986 led the majors and he earned 224 of his 252 career saves with the Yankees.

The Yankees struggled to find a consistent franchise catcher after Thurman Munson’s tragic death, but Wynegar was serviceable enough for a few years. The switch-hitter arrived in a trade with the Minnesota Twins and hit .259 in New York, though he was probably better known for his strong throwing arm behind the plate. For his career, Wynegar threw out 40% of potential base stealers.

The Hall of Fame closer and his signature handlebar mustache had some of his prime years with the Yankees, and Gossage notched 72 saves over a three-year stretch before leaving for the San Diego Padres in free agency. Gossage was then claimed off of waivers from the San Francisco Giants in 1989 for another brief Bronx stint. However, Gossage’s most infamous Yankees moment from the 1980s may be when he allowed George Brett’s home run in the renowned “Pine Tar Game.”

The first time around, Tommy John was a reliable New York Yankees starter despite being in his mid-to-late thirties. He was traded to the Angels in 1982, then returned in free agency well into his forties for four more seasons. All told, John went 91-60 with a 3.59 ERA as a Yankee and later became a broadcaster for the team.

Kelly only had brief stints with the Yankees in 1987 and ’88, but the young Panamanian was destined for more. He hit .302 with 35 steals as a full-time player in 1989, and then played in all 162 games while stealing 42 bases the following year. He was traded to the Cincinnati Reds for Paul O’Neill a few years later, and the rest is history.