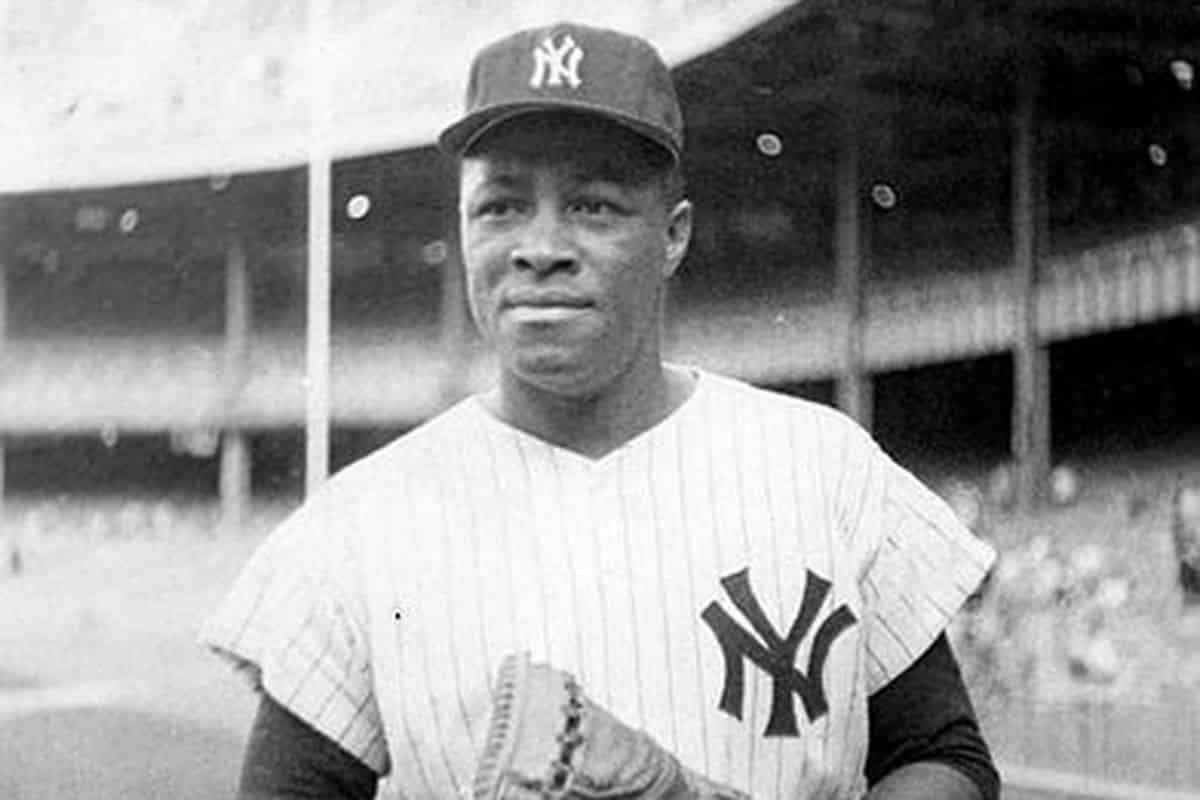 Elston Howard was the first Black player in New York Yankees history, and so much more.

Take a trip through the long successful history of the New York Yankees, and chances are you’ll find some familiar faces.

Mickey Mantle and his dominant power from both sides of the plate, only to see it balance out with an aw-shucks Oklahoma charm. Derek Jeter’s elite leadership and inside-out swing meant greatness on the field, only for the man behind it to be too good a blend of star power and stoic. Babe Ruth popped a cigar in his mouth, swung big, and set the tone for them all.

And somewhere in the middle of it all is Elston Howard, the stocky St. Louis-born backstop who spent over 12 years with the Yankees and won four World Series rings across the ’50s and ’60s. It’s easy for anyone to fade into the background on those teams, what with the aforementioned Mantle and Roger Maris turning a whole season into a home run derby. Not to mention, the euphemistic Yogi Berra was a key piece on those teams.

Except this is Black History Month, Howard’s birthday is the 23rd, and he was the first Black player in Yankees history. It only took nearly a decade after the crosstown rival Brooklyn Dodgers broke baseball’s race barrier with one Jackie Robinson.

Let’s take a look at Elston Howard and see just how much he meant to the New York Yankees over the years.

Born to be a New York Yankee

It’d be easy to look at Howard’s career stats and highlight his accomplishments. He had solid right-handed power and a cannon for an arm. If needed, he could spell someone at first base or in the outfield. He was named MVP at 34 years old in 1963, capping the Yankees’ 104-win season before they lost the World Series in back-to-back years. Oh, and he was also the first Black player in league history to win the award, too.

Not to mention, both men took similar paths in their post-Yankees lives. Berra attempted a brief comeback with the rival New York Mets in 1965 and managed them to a World Series in 1973. In 1967, Howard was traded to the Boston Red Sox for practically nothing. Both then returned to the Yankees as coaches, both having spent time with different rivals.

And Elston Howard continued to make history. He was the Yankees’ first base coach from 1969-1979, thus becoming the first Black coach in the American League. He won two more rings as a coach, raising his career total to six.

Unfortunately, heart disease forced Howard into early retirement, and ultimately took him way too soon in 1981. He was 51 years old.

And yet in a life so short, Elston Howard accomplished more than some have in a century. First Black player on the New York Yankees. First Black coach in the AL. In the 1960s, he and young lefty Al Downing formed one of baseball’s rare all-Black tandems. Downing even pitched to a 3.19 ERA when Howard was his catcher.

On a roster usually dominated by greats, Howard still managed to be great in his own unique way regardless of his own stats.

And yet, because of who his teammates were, Howard seems almost a footnote to his own legacy. Just across the Harlem River, in the shadow of Yankee Stadium, is Jackie Robinson Park. A park in a different borough, honoring a different player who played for a different team in an even more different borough, and whose legacy isn’t quite that different from Howard’s.

Perhaps if the Yankees hadn’t waited almost a decade to integrate their own roster, it would be called Elston Howard Park.

This is the legacy of Elston Howard. All those accomplishments, but someone else always seemed to have the spotlight. Even during his MVP season, the story seemed more to be how the Yankees were overcoming age to beat the odds and win. As the Yankees were swept by the young Los Angeles Dodgers and scored four runs in four games, Howard still managed to hit .333.

Today, we change the narrative. Elston Howard meant a lot to the New York Yankees. He played during the prime years of the Civil Rights Movement and was a role model just like Robinson. He took the field in 1955 and paved the way for several other Black players to cross through Yankee Stadium’s hallowed halls.

And it all started with Elston Howard.