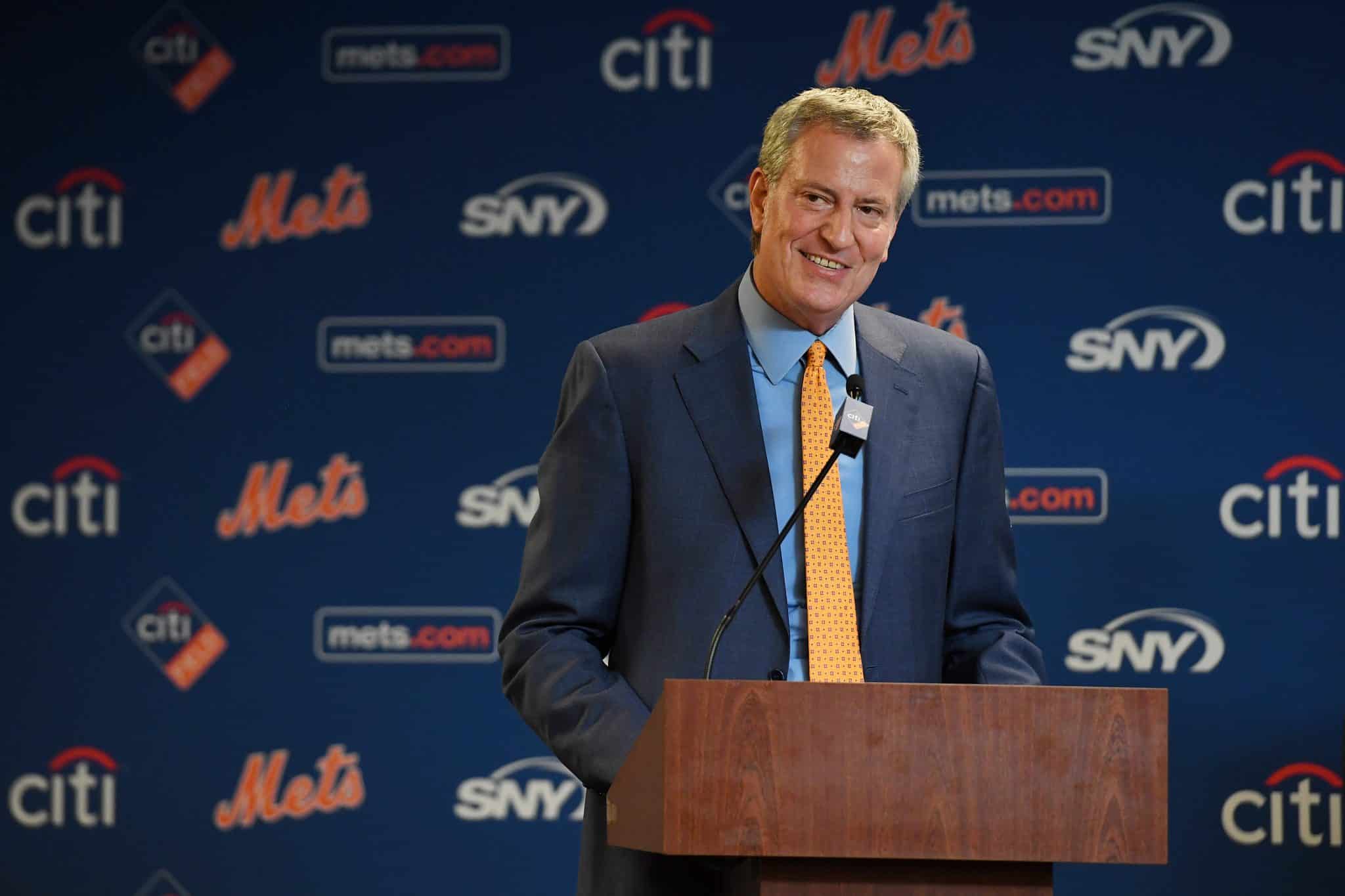 The former New York City mayor put his foot in his mouth (again) in a call for MLB to end the ongoing lockout.

Nobody likes Bill de Blasio, and his latest Twitter escapades are the latest example.

New York City’s former mayor, as in one whose approval rating was a laughable 25% toward the end, decided to weigh in on the MLB lockout.

Here’s my message to @MLB and @MLBPA: STOP IT! Everybody CHILL! Spring Training should be starting RIGHT NOW. Americans have been through so much with COVID and we need the joy back in our lives. For the good of your country, put aside differences and PLAY BALL!

‘Kay, a couple of things here. First, nobody let this man have more than two coffees in the morning ever again. Second, see above approval ratings. Third, New York City sincerely apologizes for electing a Boston Red Sox fan to the mayorship not once, but twice.

Finally, and most important of all, WHAT??? Bill, just stop. Subway service only got worse under you and the NYPD is, well, the NYPD. You’re the last person who should be weighing in on baseball’s labor negotiations. Not to mention, you’re not even in office anymore!

Moreover, this is a remarkably tone-deaf comment from Bill de Blasio. Bitter labor negotiations don’t just go away with one kinda famous fan giving a glorified “Why can’t we just get along?”

Look, I get it. Spring training should be in full swing now and free agency should be all but done. This winter has been longer and harder to get through than any Lars von Trier film because baseball hasn’t been there to distract us.

Except there are real issues on the table here. Minor league pay. Salary and service time manipulation. How owners have continued to take and take and take for two decades while players have only been asked to give more and more. No one wants to say it, but the 2022 season isn’t starting on time at this point.

Thus, with all due respect to Bill de Blasio, he should sit down and let the adults talk.