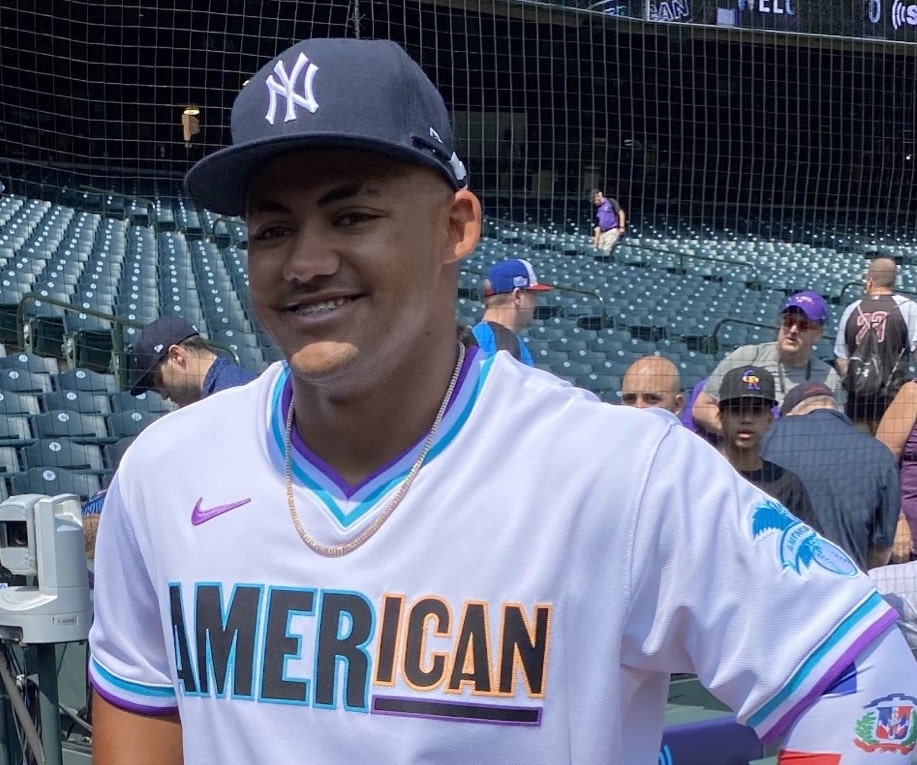 The same three names for the Pinstripes appear on this list. But where do they rank overall?

On Monday, Keith Law released his updated top 100 prospect rankings at The Athletic. Here’s what he had to say about the New York Yankees‘ players who made his list.

Previous Ranking: Unranked
Comments: “Volpe was the Yanks’ first-round pick in 2019, off the same high school team as this past year’s No. 2 overall pick, Jack Leiter. Volpe was the shortstop on that club, but wasn’t the traditional, tooled-out high school shortstop; he was praised for his baseball IQ, his instincts, his feel for the game, but didn’t have a clearly plus tool at the time, or even that summer in short-season Pulaski. (Full disclosure: I thought the pick was a huge reach and had Volpe wildly under-ranked as recently as last February. I was wrong.) Volpe worked hard during the pandemic to add strength, and it’s evident now that he had a few plus tools all along, including his ability to hit and to play shortstop. He’s making better quality contact and driving the ball at a better angle now too, while his understanding of the strike zone looks like it’s elite. He hit .294/.423/.604 between Low A and High A as a 20-year-old, with 27 homers and 33 steals in 42 attempts, while playing above-average to plus defense at short all year. He’s almost certainly the reason the Yankees haven’t gone after one of the big shortstop free agents this winter, and I think they’re right. He’s going to be a star, and very soon at that.”

Previous Ranking: 66
Comments: “Dominguez’s professional debut did not, in fact, cause the heavens to quake or birds to fly backwards, but he more than held his own for an 18-year-old who had zero game at bats prior to 2021. The Yankees were aggressive with him, sending him to Low A Tampa after just a week in the Florida Complex League, and he punched out over 30 percent of the time in the higher level, but made a lot of hard contact and took some walks. He struggled with better-quality stuff, which is unsurprising for a player of his age and inexperience; even after this past year, he still has just 228 pro plate appearances, not even a half season’s worth. The huge tools that earned him a $5 million bonus from the Yankees are intact — he’s a plus runner with an easy-plus arm, shows good range in centerfield, and has plus raw power — but his skills are about what you’d expect from his age and lack of repetitions. He may have been overhyped when he signed, but now would be the wrong time to jump off the Martian Express.”

Previous Ranking: Unranked
Comments: “Anthony Volpe wasn’t the only Yankees shortstop prospect to have a breakout year, as Peraza hit .297/.356/.477 with 38 steals in 48 attempts at three levels, finishing in Triple A. Peraza is a plus defender at short, perhaps the best defensive shortstop in the strong Yankees’ system, and would have the arm and hands to move to third base if the Yankees made Volpe their shortstop of the future. At the plate, Peraza has strong hands and wrists and at least 55 game power now, projecting to plus, but it’s more power than hit right now despite what the stat line might indicate. He needs to improve his plate discipline to be able to succeed in Triple A or the majors, as he swings at too many pitches he either can’t hit or just can’t hit well, and isn’t likely to become an above-average OBP guy in the future. He’s going to be a 20-plus homer guy, with plus defense at short and value on the bases, which would make him a regular on many teams, even if he doesn’t end up doing so for the Yankees.”