The most unique player in MLB gets the cover.

On Monday, American League MVP Shohei Ohtani was announced as the cover athlete for this year’s MLB The Show video game.

Ohtani was named the American League’s starting pitcher and voted the starting designated hitter in the 2021 All-Star Game — something that had never been done.

His talent transcended the game, and now he’s the face of the most popular video game.

The game will be available on April 5. The big question: will there be games by then? We’re still locked out, remember.

Ohtani, 27, hit 46 home runs and drove in 100 runs in spite of Mike Trout missing most of the season for the Angels. He was one of the game’s most exciting batters.

Here’s a look at the cover: 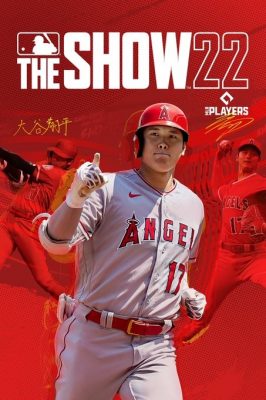