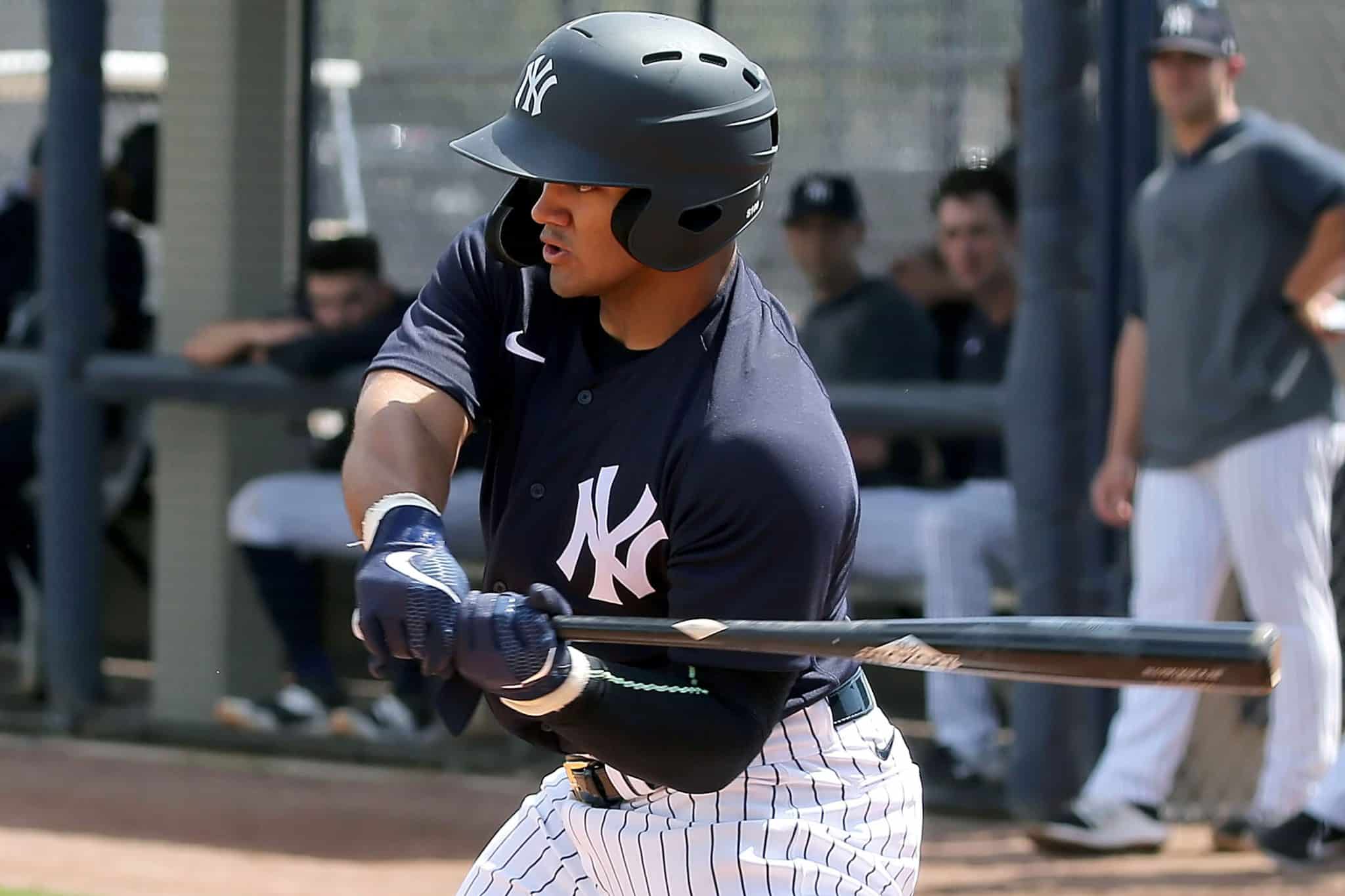 New York Yankees fans have every reason to be excited about the future of outfield prospect Jasson Dominguez.

He’s built like an NFL linebacker and doesn’t turn 19 until Feb. 7. The switch-hitting outfielder received the richest signing bonus for an international prospect in the history of the Yankees.

And that hype has led to Dominguez memorabilia exploding in cost.

Since the pandemic began, the sports card industry has taken off. Packs that were 50 cents back in the day are now $10.

(Yes, I’m aging myself now, but that’s what happens when you remember pulling Mike Pagliarulo out of every single pack of ’86 Topps.)

Now, companies like Topps (which owns Bowman) and Panini (which owns Donruss) are inserting autographs from players into packs more frequently. And they’re making more exclusive lines of cards, some limited to being one of one in existence.

Enter Dominguez, whose first cards were produced during the pandemic.

The “holy grail” of Dominguez cards is currently up for auction through the fine folks at Goldin.

Dominguez’s first cards were from Bowman in 2020. Someone won the lottery and pulled a signed, one-of-one Chrome Prospect Autograph Superfractor (the fancy term for a 1/1 card).

So how much is the holy grail card of a teenager who has zero major league games on his resume worth?

And the bidding doesn’t close until Feb. 5 — two days before Dominguez’s 19th birthday.

We’re keeping an eye on the prices of Dominguez cards as much as we are his path to Yankee Stadium.