Maybe the iconic baseball card brand isn’t going away after all?

Things were great for Topps. The National Sports Collectors Convention was an enormous success for Topps in the midst of a pandemic-fueled trading card boom in August, and the company announced their second quarter earnings: a 77.7% increase in net sales to $212.2 million.

However, in late August shortly after The National, news broke that shocked fans and collectors: Fanatics was buying their way into cards. And Topps was being effectively shut down in baseball.

Fans and collectors feared this may be the death of the iconic brand that has been associated with the national pastime since Mickey Mantle’s rookie season.

It felt like an acquisition was inevitable for Topps and/or Panini, who is also getting cut out of the game with Fanatics’ deals for the NBA and NFL.

Now, it appears Topps will become part of Fanatics. 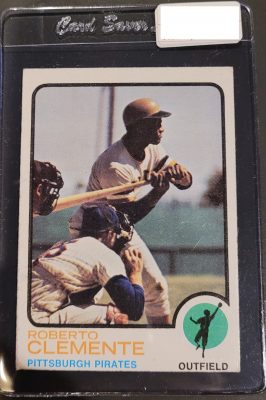 They first reached a deal with MLB and the MLBA; the deal includes equity in a new sports card company that will be owned by Fanatics to both the league and players’ association.

In August, MLBPA executive director Tony Clark told Front Office Sports the deal is the largest the union has ever done. New deals will bring in close to $2 billion through 2045.

Fanatics also secured similar licenses with the NFLPA and NBA. According to reports, the equity included in deals with those leagues and player unions is guaranteed to reach $1 bullion in revenue during the relationships.

Multiple outlets are reporting Fanatics is acquiring Topps’ trading card division for $500 million. The deal is for the Topps’ name and only the sports entertainment division, not the candy business.

According to reports, via this acquisition Fanatics will also obtain rights for Major League Soccer, UEFA, Bundesliga, and Formula 1; those leagues also have active agreements with Topps.

Major League Baseball’s deal with Topps runs through 2025, at which point Fanatics’ deals with MLB and the MLBPA would grant them exclusivity in baseball. This deal will give Fanatics the rights to produce licensed cards immediately.

What about the pricetag?

The $500 million price is an intriguing number.

Topps has been owned by Michael Eisner’s Tornante Company and Chicago-based private equity firm Madison Dearborn for the past 14 years.

This past summer at Topps’ shareholders meeting there was supposed to be a vote on a proposed merger between Topps and SPAC Mudrick Capital Acquisition Corporation II — a deal that would value the combined entity at $1.6 billion and result in a public listing.

We’ll see where this takes the brand and the booming sports card industry. But it’s good to (theoretically) know that Topps will still be in the baseball card game into the future.