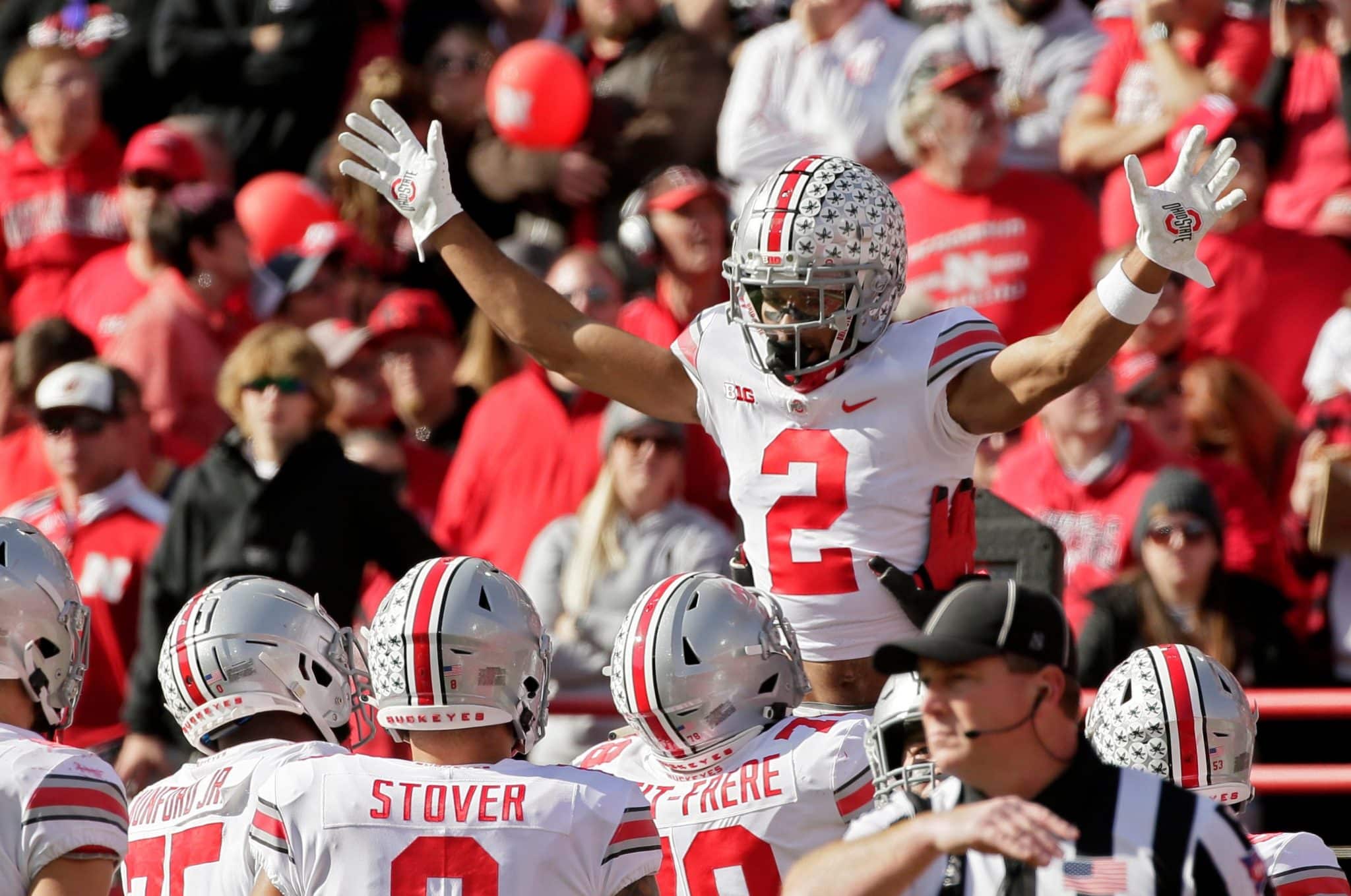 This is a B1G weekend for the College Football Playoff.

Cincinnati is desperately hanging onto hopes of a spot in the College Football Playoff, but the schedule is going to do them some favors. With Big Ten powers going at each other and the SEC getting into the toughest part of the schedule, teams will lose games.

The nation’s eyes will be on Columbus, Ohio this weekend. Can Michigan State take control of the Big Ten East with a win over the Buckeyes? That would be a huge, program-defining win for Mel Tucker’s Spartans. Or, it could set up a winner-take-all game between Ohio State and Michigan next weekend.

Here are three games we’re arranging our schedules to watch this coming weekend:

#7 Michigan State @ #4 Ohio State — Let’s be real: this is the first play-in game for the CFP in the Big Ten. Both teams have one loss. Sparty already beat Michigan; Ohio State has the Wolverines left on the schedule. But the winner of this game is in the driver’s seat in the B1G.

#25 Arkansas @ #2 Alabama — Arkansas will go into Tuscaloosa with a chance to make things really interesting in the CFP. Alabama has two games left, both against ranked teams; Auburn is waiting next weekend.

UCLA @ USC — Neither team is ranked, but this is a legit rivalry game. USC is a dumpster fire and UCLA is trying to prove they’re on the rise. This one could get nasty.

Georgia’s defense is loaded with future NFL stars. And their offense is pretty dang good, too. They are the most complete team in college football this season, and I think we all want them to get a crack at Alabama — maybe twice.

The Crimson Tide are rolling, but have two big games left on their regular-season schedule. Arkansas will be a handful this weekend and the rivalry game with Auburn is waiting next week. They need to run the table to get into the playoff; two losses likely means they’re out.

Yes, Ohio State lost to Oregon at home. And yes, because of that we have generally ranked Oregon ahead of the Buckeyes. But look at what Ohio State has done since that loss. You’ll notice a lot of blowout wins. They’re on a mission.

They’re still clinging to two things: an undefeated record and a quality win against a good Notre Dame team. The good news for Cincinnati is one of MSU/OSU will lose this weekend, and Alabama could play Georgia in the SEC championship game. Two losses for Bama could be their ticket in.

A win at Ohio State is huge, but the Pac-12 being mediocre again this year hurts their overall strength of schedule. They have some NFL talent on their roster, but now the rumors about Mario Cristobal being a hot name for big-time openings could be a distraction for a team playing a tough road game.

Sparty controls their destiny, and the bell rings this weekend. If Michigan State can win at Ohio State, they’ll almost certainly grab a spot in the college football playoff. Kenneth Walker III is the Heisman Trophy front-runner and could cement that status with another big game this weekend.

Beware the trap game! Michigan pulled off a stunning win at Penn State last weekend and have Ohio State waiting for them at the end of the season, but a trip to Maryland is no pushover. Jim Harbaugh has one goal this year: beat the Buckeyes. And it could mean more than any game he’s coached against his rival this year.

The loss to Cincinnati is holding up as a quality loss, but the Irish still don’t appear to have a shot at the playoff because of it. They have a tricky game with Georgia Tech on the calendar this weekend. If they can finish the season 11-1 and get some help, they could be intriguing for a big-time bowl game.

What Mississippi did to Texas A&M was truly impressive. Their offense is exciting to watch; you can’t get up for a minute or you’ll miss three snaps. Lane Kiffin has a really good team with perhaps the best quarterback in next year’s draft class.

Baylor manhandled Oklahoma last weekend, which is the most impressive win in the Big 12 this year. With all due respect to Oklahoma State, we’re putting Baylor in our top ten this week ahead of the Cowboys.