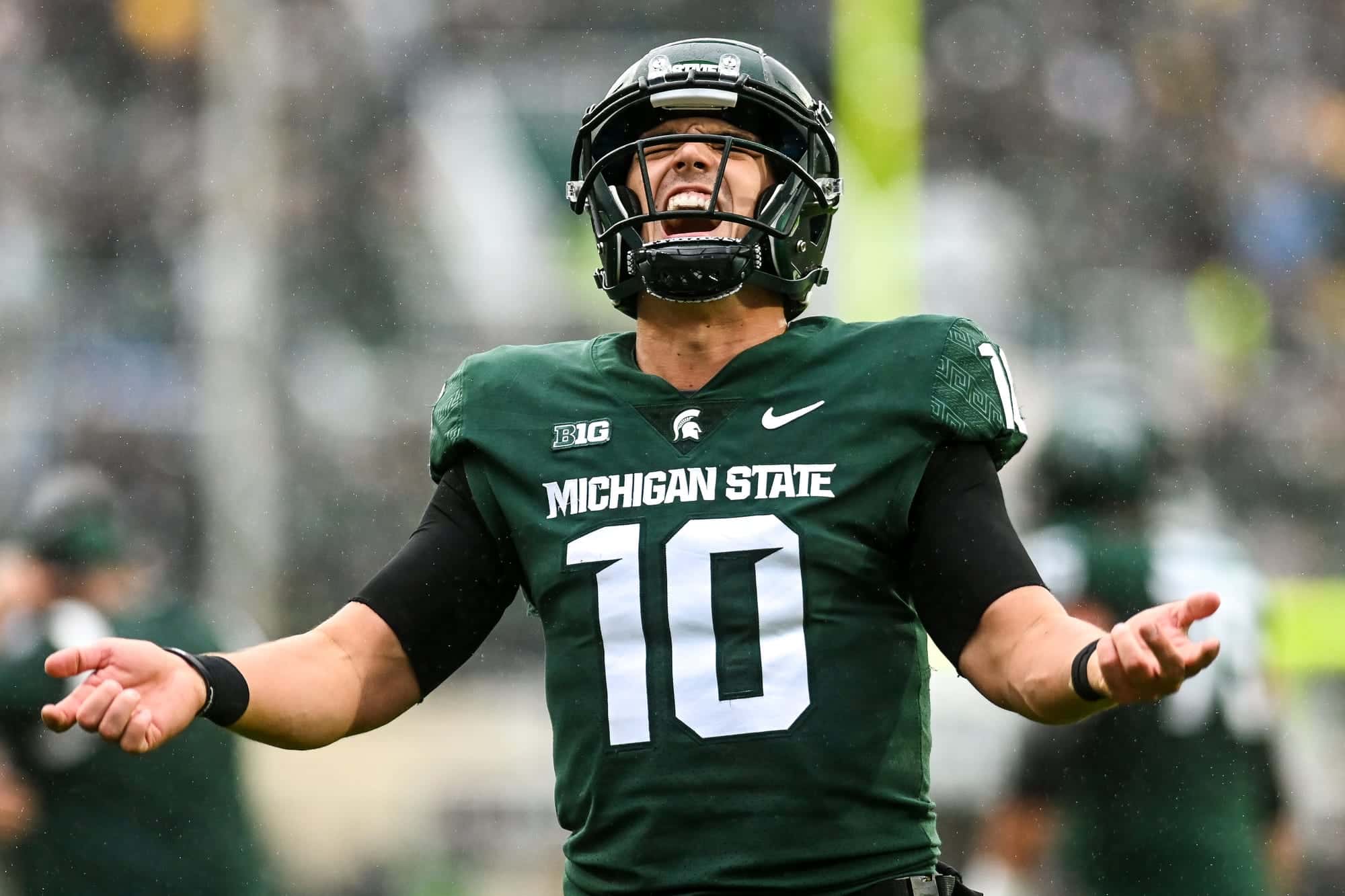 Can Cincinnati stay in the CFP picture as the Big Ten, SEC continue climbing?

While Georgia remains the top (bull)dog in college football again this week, the best game of the weekend saw Michigan State beat Michigan. The game was great, and Kenneth Walker III has firmly put his name on the Heisman Trophy conversation.

But as the Big Ten and SEC powers continue winning games and climbing, the pressure is now on Cincinnati to remain undefeated. Their schedule isn’t going to do them any favors the rest of the way, so they’ll need to win every game to have a shot at the playoff.

Here are the games we’re arranging our schedules to watch this coming weekend:

#10 Wake Forest @ North Carolina — Wake is undefeated and his piling up points every weekend. Sam Howell will get a mid-afternoon shot at kick-starting his draft stock against a defense that will give up points.

#5 Michigan State @ Purdue — Purdue is exactly the kind of team you don’t want to play after an emotional rivalry win. Sparty will need to keep their foot on the gas.

#14 Baylor @ TCU — Baylor’s rolling right now, but this will be an emotional game for TCU; Gary Patterson was fired after 20 years earlier this week.

The Bulldogs almost handed Florida their first shutout in decades. This is one of the better defenses in years and has future NFL stars at every level. Georgia’s rolling and shouldn’t have a loss on their record before the SEC title game.

Next Game: vs. Missouri — Noon ET

Yes, we’re putting the new leader of the Big Ten up to No. 2 in our rankings. They beat a legit Michigan team in stunning fashion last weekend and now have their sights on a playoff berth. Kenneth Walker III is a Heisman front runner now as well.

Cincinnati’s best win is — and will be — beating Notre Dame. They need the Irish to play well the rest of the way and they’ll need some style points to hang onto their playoff chances.

Alabama’s loss to Texas A&M looks more impressive for the Aggies every week. Bama has scored at least 40 in six of their eight games this season and is stalking a matchup with Georgia in the conference championship game.

Quarterback controversy be damned, the Sooners are still undefeated and have found a new face of the franchise. They’ve scored at least 52 in three of their last four games… but the weak Big 12 could hurt their playoff chances this year. Which is why they’re leaving for the SEC.

Wake Forest? Yes! They’ve scored 155 points in their last three games and have put at least 35 on the board in every game this season. If you love betting the over, Wake’s your team this season.

The Ducks own the Pac-12 right now, which is great except the conference doesn’t look great on paper. Their win at Ohio State will hold up as a strong one, but they need style points to climb the rankings with one loss on the resume.

Oregon will remain higher than Ohio State based on their win in Columbus. But Ohio State is sneaking up the ranks on a weekly basis and could make life miserable for Cincinnati’s playoff chances.

The Wolverines fall in our rankings this week after suffering their first loss of the season — but that was one helluva game! Michigan is still loaded with future NFL players and their matchup with Ohio State now looms large in the playoff picture.

Their loss against Cincinnati holds up as a “quality loss” thus far, but that one loss is a big one for Notre Dame. They need some help to jump ahead of the really good one-loss teams ahead of them in the rankings.