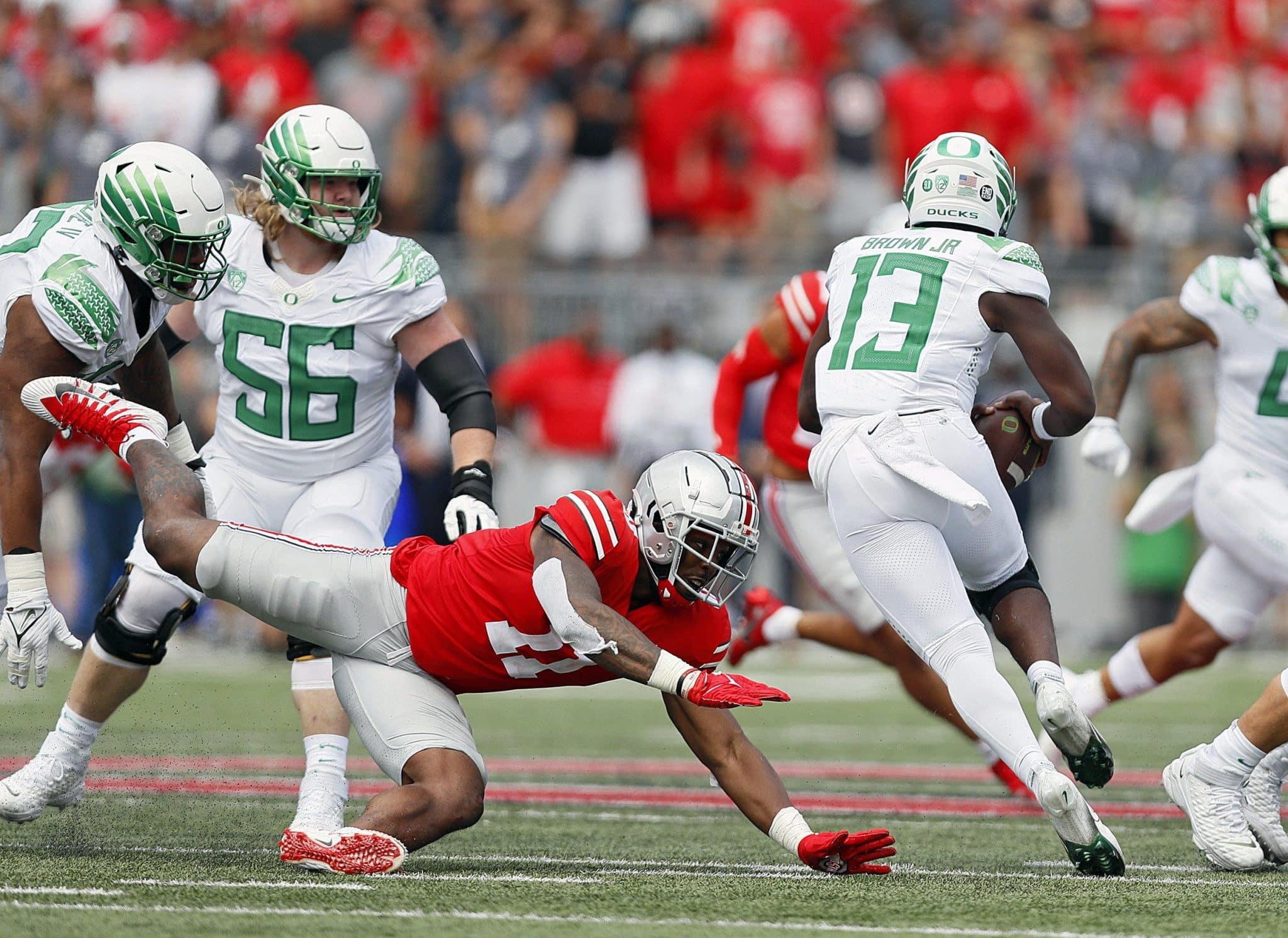 A wild weekend of upsets send the top ten into the blender.

If you missed any of the ridiculousness that was college football last weekend, we can only apologize for your excitement being limited to highlights after the games ended. From the early games on Saturday until the final whistle late that night, the college gridiron once again proved to be a ruthless, unpredictable place.

And the results from the wild weekend have brought dramatic changes to our weekly top ten rankings. Ohio State lost at home, Iowa handled its business in a huge in-state rivalry game and Clemson bounced back.

There are two games we’re watching this weekend.

Alabama @ Florida — the first real test for Bama comes on the road against a pretty good Florida team.

So which ten teams made our rankings this week? Let’s break it down.

The win over Mercer isn’t going to get them much more love than they already had, but until they lose Alabama will stay at/near the top of our rankings. They are, once again, loaded with future NFL stars and appear to be another Nick Saban-led team with championship aspirations. But the SEC isn’t going to roll over.
Next Game: @ #11 Florida — 3:30 PM ET

Week One’s win against Clemson will keep them near the top of the polls and our top ten until someone else proves they’re worthy of moving Georgia down. Like Alabama, they’re loaded with future NFL players and might challenge the Tide for SEC supremacy this year.
Next Game: vs South Carolina — 7:00 PM ET

Beating Fresno State in their first game was a solid start to the season. Going into Columbus and beating the Buckeyes as handily as they did — without arguably their two best defensive players — was impressive. This Oregon team is good and deep and could be in the mix for the Playoff.
Next Game: vs Stony Brook — 7:30 PM ET

Yes, we’ve got a Big Ten team in our top four. No, it isn’t Ohio State. The Hawkeyes have two wins against ranked teams on their resume already, beating then-No. 17 Indiana to open the season and then beating then-No. 9 Iowa State at their place this past weekend. This is a really good Iowa team.
Next Game: vs Kent State — 3:30 PM ET

Oklahoma is third in the polls this week but we’ve got them down at five because they haven’t played anyone yet. Tulane gave them everything they had, but were playing in Norman because of the hurricane. And the Sooners did what they should (76-0) against Western Carolina. This week’s game against Nebraska shouldn’t be a test, either.
Next Game: vs Nebraska — Noon ET

We’ve got a one-loss Clemson team at six because, frankly, their loss to Georgia stands up as the best “good” loss in the country to date. That 10-3 loss to open the season doesn’t hurt their ACC hopes but does mean they need to impress the rest of the way to stay in the playoff picture.
Next Game: vs Georgia Tech — 3:30 PM ET

The Fightin’ Chip Kellys put two Pac-12 teams in our top ten this week. Coming off an impressive win over LSU, UCLA has a trap game against Fresno State this weekend before playing at Stanford. Can they stay hot and keep rolling?
Next Game: vs Fresno State — 10:45 PM ET

The Nittany Lions’ win at Wisconsin in Week One was a great game, and Madison is never an easy place to play. They hammered Ball State last weekend to set up this weekend’s huge matchup with No. 22 Auburn. A third win, including two against ranked teams, would put Penn State on course for a big season.
Next Game: vs. #22 Auburn — 7:30 PM ET

Colorado gave the Aggies a scare last weekend. This week’s game against New Mexico shouldn’t be a struggle, but their schedule starts getting tougher with a trip to Arkansas next week. They’re talented enough to make noise in the SEC this year, but haven’t played anyone of significance yet.
Next Game: vs New Mexico — Noon ET