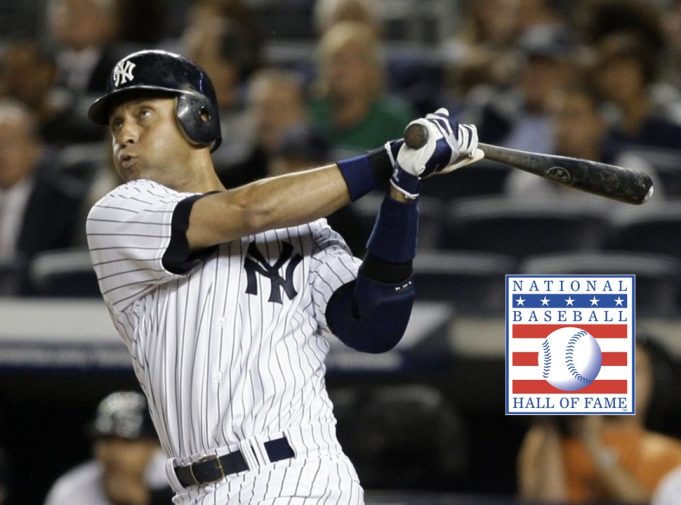 Yesterday, we discussed how Derek Jeter’s early injury in 2003 proved his influence in the clubhouse en route to his becoming team captain.

Unfortunately for Jeter, the ensuing years proved rocky waters for the S.S. New York Yankees. Things only got worse after losing the World Series in 2003, even after Alfonso Soriano was traded for Jeter’s longtime friend and rival Alex Rodriguez.

Blowing a 3-0 lead against the hated Boston Red Sox in the 2004 ALCS. Seeing almost every offseason move fail before a disappointing ALDS finish in 2005. Finishing 2006 strong only to fizzle out in the first round again, made only worse by Jeter batting .343 with 14 home runs, 97 RBI, and career-high 34 stolen bases at age 32, only to finish second in MVP voting behind Justin Morneau’s 34 home runs and 130 RBI. And this was after steroids were under the microscope, too.

Cut to having to settle for the Wild Card in 2007 and missing the playoffs outright in 2008. Derek Jeter would soon hit free agency. Even though no one really thought he’d ever leave New York, the roster still needed a makeover.

Fortunately, for Yankees fans, the front office was listening.

By the end of 2008, New York Yankees fans (myself included) were frustrated. How could the team have so much talent on paper year after year only to disappear in the playoffs? The Yankees were all about winning and had done so almost effortlessly before. What changed?

The answer to that is a whole other story, but we all knew 2009 had to be a big year. Not necessarily ’98 greatness, but something close. Everything had to click into place because we were staring the end of an era square in the face.

Derek Jeter was about to turn 35 at this point and the rest of the Core Four weren’t getting any younger. Catcher Jorge Posada missed most of 2008 with shoulder surgery and, at 38, wasn’t long for playing the field. Mariano Rivera was still unstoppable, but almost 40. Even Andy Pettitte, who returned to New York as a free agent in 2007 after three years with the Houston Astros, was getting up there in years.

This wolfpack could still play at a high level, but was clearly starting to slow down. What they needed were some younger guys to help carry the load.

The Yankees were big game hunters

Brian Cashman and Hal Steinbrenner were in charge of the Yankees now and they aimed high in free agency. Spending nearly half a billion dollars, they boosted the pitching staff by adding big lefty CC Sabathia and the streaky but crafty AJ Burnett. Mark Teixeira provided Gold Glove defense at first base and a dangerous switch-hitting bat.

Cashman also traded for switch-hitting outfielder Nick Swisher, whose infectious energy energized the clubhouse. It was as though the 1996 energy was back, just an overwhelming desire to get on the field and compete and keep a winning attitude regardless of the result. Walk-off wins were rewarded with whipped cream pies in the face, courtesy of the prankster Burnett.

And even though his team didn’t stay in first place for good until mid-July, Derek Jeter stayed focused and played his game. He turned in another great year, hitting .334 with 18 home runs and 66 RBI to go with 30 steals out of the leadoff spot. He finished third in MVP voting, but was in great company with his teammate Teixeira and winner Joe Mauer.

Additionally, Derek Jeter eternally etched himself into Yankees lore when, on September 11, he passed Lou Gehrig to become the team’s all-time hits leader.

The weird part was that, looking back on the 2009 Yankees now, this wasn’t a team built or meant to bring another dynasty. In reality, it was to bring home one more World Series ring for the Core Four, and any other titles they won going forward would be a bonus.

It was all about winning it all in the moment. The 2009 World Series was destined for the New York Yankees. Naturally, Derek Jeter set the tone for success with his play.

As Lin-Manuel Miranda’s genius serves as your background noise, think about the idea of the ’09 Yankees as a one-time champion. Even though the team was still a contender in the following years, none of the post-2009 squads up until the Aaron Judge years have had the same energy.

Now, consider that from the perspective of Derek Jeter. He had to know his longtime teammates, not to mention himself, would soon retire. Even if it wasn’t imminent, what better way to shock baseball than to win it all again, and for the first time in almost a decade?

Cut to the postseason. We may remember Alex Rodriguez suddenly becoming clutch, but Jeter set the table from the start.

In Game 1 of the ALDS against the Minnesota Twins, his game-tying two-run shot woke up the rest of the lineup. He added two more home runs in the ALCS as the Yankees finally got past the Angels in October. He even hit .407 in the World Series and .343 across the whole postseason.

In fact, though Hideki Matsui had the big night, Derek Jeter was the unsung hero of the decisive Game 6.

Any New Yorker who tells you they truly enjoyed watching Game 6 of the 2009 World Series between the New York Yankees and Philadelphia Phillies is lying. Think of how this story began. All of the playoff losses and early exits from 2001 up until now made it impossible to not stress about any playoff series.

This meant that on the eve of Game 6, even with the Yankees owning a 3-2 lead in the series, every Yankees fan was an anxious mess. I was an unemployed 23-year-old barely a year out of college, and focusing on job applications was almost impossible. Even as I met friends to watch the game at a bar downtown, our pint glasses of watered down Bud Light shook as we sipped them. The idea of winning it all wasn’t real to us at all.

It was, however, for Derek Jeter. In the third inning, one frame after Matsui’s two-run shot to give them the lead, he hit a simple single with no one else on base. Four batters later, he scored on Matsui’s two-run single. Jeter would later lead off the fifth inning with a double before scoring on Teixeira’s single, and then added a single in the eighth just for fun.

Jeter did it in the field too. Matt Stairs led off the ninth for the Phillies and the Yankee captain snared his line drive as if to say, “Nope. Not tonight. This is ours,” and he was right.

“To the second baseman Cano. The Yankees are back on top!” exclaimed Joe Buck a few minutes later, his voice never sounding so sweet. The rest of the night was a blur. I remember hugging my friends and other random people at the bar after the final out, and then sort of squatting down for a moment to myself to cry some tears of joy.

The celebration continued outside. People drove through Times Square waving Yankees flags. Bars blasted either “We Are The Champions” or “New York, New York” as patrons sang along, albeit very off-key.

None of us remembers getting home that night, but we do remember doing it all over again at the ticker-tape parade two days later. The Yankee captain celebrated in his own stoic way, not showing much behind that signature enigmatic smile he sported later in his career.

“It’s been too long, hasn’t it?” he asked a roaring crowd when he took his turn at the podium at City Hall.

And even though his World Series-winning days were over, Derek Jeter wasn’t yet done making history.