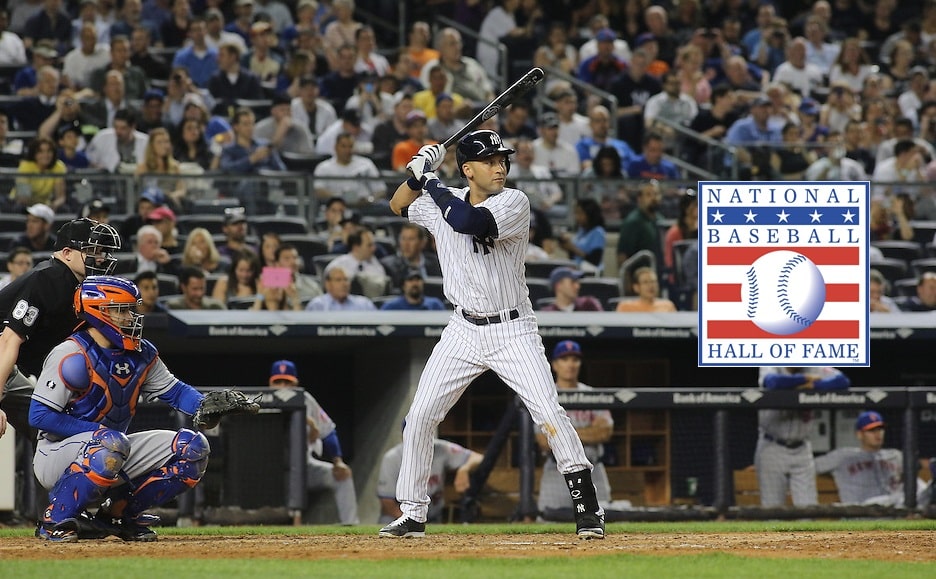 It’s been 23 years since the 1998 World Series, and the New York Yankees have not dominated to that level since. The following year, their win total dropped from 114 to 98.

That didn’t stop Derek Jeter and the rest of the core group from winning another championship in 1999. They swept the Atlanta Braves this time, and the young star hit .375 in the postseason.

And did the now 25-year-old Jeter finally get rewarded with an MVP trophy? Ha, think again. One year after Mark McGwire and Sammy Sosa raced for history, the Steroid Era hit overdrive. The AL was stacked with talent and Hall of Fame catcher Ivan “Pudge” Rodriguez’s monster season edged ahead in a crowded field.

To add insult to injury, after his own career season, Jeter finished lower in the MVP race. He dropped from third to sixth in voting and to make matters worse, Rodriguez didn’t even get the most first-place votes.

None of it mattered. In 2000, his age-26 season, Derek Jeter proved just how big of a mistake the writers made by sleeping on him.

By the new millennium, the New York Yankees seemed unstoppable. The players got older, but the team kept playing well. In the 2000 season alone, Jeter continued his brilliant young career and hit .339 with 15 home runs and 73 RBI. Once again, he accumulated 200 hits and was the All-Star Game MVP.

However, 2000 was when the core group of the Jeter Dynasty started showing its age. First baseman Tino Martinez hit under 20 home runs for the first time since 1993. 1998 World Series MVP Scott Brosius regressed to the mean and hit .254 for the rest of his career.

It was even worse on the pitching side. The Yankees’ 4.76 team ERA was exactly the league average. Though the offense ranked tenth in the league, the bats were tired. They could only do so much heavy lifting as New York clinched the AL East with just 87 wins.

Not to mention, the Yankees ended the season on a 3-14 slide. Even with a playoff berth, it was hard to imagine them as serious contenders.

Derek Jeter made sure everyone remembered who his team was.

The Yankees small-balled their way through the ALDS against Oakland, fighting and clawing their way to winning the series in five games. Oddly enough, Jeter’s bat was fairly quiet and he hit just .211 against the A’s.

New York then renewed their playoff rivalry with the Seattle Mariners in the ALCS and in six games, Derek Jeter set a new tone. He hit .318 with two home runs and five RBI, leading by example instead of just leting the Yankees rest on the laurels of being the defending champs.

Cut to the 2000 World Series, when the planets aligned and gave the baseball gods what they always wanted: the Yankees facing the New York Mets in the Fall Classic.

It was the Subway Series, and your favorite writer didn’t miss a second of it.

At this point in his career, it was impossible to dislike Derek Jeter. Even if you supported the Mets or the Boston Red Sox, he was that captivating. Remember, he was never my favorite Yankee, but never far behind. Such was and still is the legend of the Captain.

Sure enough, the Subway Series injected some fuel into my household. A good portion of my family are Mets fans, and the trash talk was on. Apparently, me saying the Mets winning would be a big deal meant I was supporting them. My little brother still has nightmares about the noogies he got at breakfast that particular morning.

Like 1998, this was a series of moments for both the Yankees and myself. Game 1, our cable went out and so I listened on the radio, hunched over and glued to the speakers. Paul O’Neill worked a ten-pitch walk with one out in the ninth and the Yankees trailing 3-2, but I didn’t know he scored the tying run the following day and that Jose Vizcaino hit a walk-off single in the 12th inning. O’Neill walked and my mom pulled the bedtime card.

The Yankees winning Game 2 was overshadowed by Roger Clemens throwing a bat at Mike Piazza, reigniting tensions that originally brewed that summer. The Mets struck back in Game 3 as I listened to the last two innings under the covers, sneaking a portable radio to bed.

Derek Jeter had seen enough. He had raked in the first three games of the World Series, batting .315 albeit with no runs batted in. He’d played well in previous postseasons, but something was different this time. He was more focused than usual, refusing to bend to his team’s crosstown rivals.

So when Jeter launched the first pitch of Game 4 deep into the Queens night, we all knew it. The series was over. The New York Mets could put up their biggest fight, even if it meant going full Eddie Guerrero to lie, cheat, and steal en route to victory.

Case in point, the Mets had a 2-1 lead in Game 5 courtesy of Andy Pettitte’s error that scored Bubba Trammell and a subsequent RBI single from Benny Agbayani. Derek Jeter stepped to the plate against Al Leiter with one out in the sixth inning. My parents and I had just changed into our PJs and were glued to the TV in the living room, inhaling ice cream with nary a thought of brain freeze.

The rest is history.

The Mets fought all they could, but Luis Sojo’s RBI single in the ninth inning was the final nail in the coffin. The Yankees completed the three-peat when Piazza flew out to Bernie Williams. With a .409 batting average and two clutch home runs, Derek Jeter was World Series MVP.

Not many realize that those were also his sole RBI of the series.

One thing that’s been missing from this story is just how much the Subway Series affected the Yankees-Mets rivalry. For years, they were just crosstown rivals, another New York team that was born in wake of the Dodgers and Giants moving west. Interleague play opened the door to a real rivalry, and the Subway Series turned it into a blood feud.

I don’t mean general trash talk either. This World Series happened not long after I’d started ninth grade and there was a clear divide among fans. The trash talk in the cafeteria flew to the point of tears after it was all over, and I’m not proud to say I might have thrown in a barb or two myself.

But such is the legacy of the Subway Series. Okay, so the Mets have won the World Series twice. In all seriousness, that is fantastic. They’re still a very young team, historically speaking, and to win two rings in less than 30 years is a grand accomplishment.

Except unlike the Yankees, the Mets have never gone the extra mile to win. Even after the famed 1986 World Series, general manager Frank Cashen blew up the team. That team wasn’t without some serious issues, but still had a chance to challenge the Yankees as the top team in New York.

Derek Jeter didn’t let that happen. He ended the series with one swing and then another one for good luck. That World Series MVP trophy gave us all a tingle that despite his age, he was bound for a different kind of greatness.

Achieving greatness means more responsibility, and Jeter didn’t shy away. Even so, no one realized just how much the next few years would test the future Hall of Famer, not to mention New York as a whole.