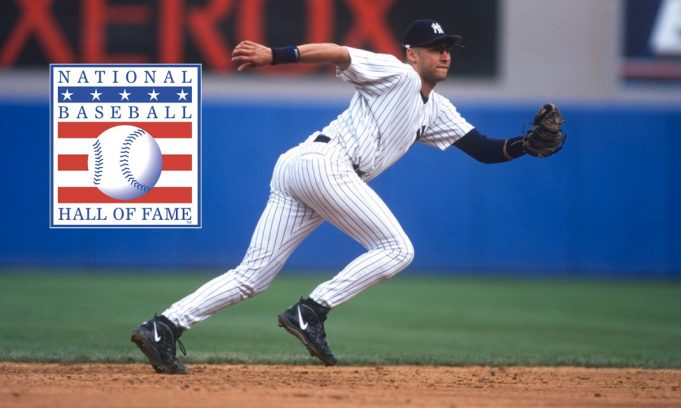 How great was Derek Jeter in 1998? Well, the rest of the New York Yankees were also playing so well that it was hard to notice him.

Jeter played well, but was clearly affected too. His batting average dropped to .291 and his RBI dipped too, but he still posted a 4-WAR season. Considering he had a 2.2 WAR as a rookie, that’s decent progress.

And looking towards 1998, the New York Yankees got aggressive in the offseason. First, in November 1997, veteran lefty Kenny Rogers was traded to the Oakland Athletics for a player to be named later. Days later, eventual World Series MVP Scott Brosius would head to New York to finish the deal.

Fast forward to February 6th, 1998, mere days before pitchers and catchers reported. The Yankees upgraded the infield when they traded prospects to the Minnesota Twins for Gold Glove second baseman and former AL Rookie of the Year Chuck Knoblauch. And let’s not forget adding slugging switch-hitter Chili Davis in free agency either.

All of this resulted in, if we’re being honest, one of the best teams in sports history. Derek Jeter, still just 24 years old, rebounded and cemented himself as one of the game’s young stars.

And yet, he did so while flying completely under the radar.

A season of moments

When a team has a championship season, most fans don’t remember every single game from start to finish. Rather, they remember individual moments or performances that played a key role in the team’s success.

And boy, were there moments aplenty for the 1998 New York Yankees. Bernie Williams won the AL batting title on the last day of the season, closing out his contract season before signing a new seven-year deal. A young Cuban prospect named Orlando “El Duque” Hernandez took the city by storm with his signature high leg kick. Shane Spencer was just a late-season call-up from the minors, but even he hit .373 with ten home runs in just 27 games, including three grand slams.

Let’s also not forget Darryl Strawberry, whose glorious comeback came full circle with his slugging 24 home runs in 101 games. Each of these individual accomplishments and then some made for the Yankees winning 114 regular season games and then fighting all the way to the end for their 24th World Series title.

In the midst of it all, Derek Jeter probably had the best year of all his teammates.

And in 1998, yours truly was busy with baseball in several ways in what was actually something of a bittersweet year. In May, I got to watch David Wells pitch a perfect game at Yankee Stadium. Later in the season, I saw Mike Lowell make his MLB debut before he was unceremoniously traded to the Marlins months later. I had my first summer romance when I discovered minor league baseball.

Yet, once the calendar turned to September, baseball became more of a distraction as opposed to a passion. I started seventh grade and, like most New Yorker kids at that age, changed schools and left behind all I’d ever known in my first 12 years on Earth. It also didn’t help that I had trouble fitting in at the new school early on, so counting down the hours until the first pitch helped to pass the time.

But not Derek Jeter. He was having too much fun playing in a season where literally everything went right for his New York Yankees. They too had their bittersweet moments, namely starting the year 1-4 and stirring early-season concerns that the championship window was closed. Marquee free agent signing Davis missed months recovering from ankle surgery, and stud closer Mariano Rivera missed three weeks with a pulled groin.

None of it mattered. Jeter and his teammates proved the OG Next Man Up and did it all with their depth, which even included another Hall of Famer in Tim Raines.

But you know what the difference was between Derek Jeter and the rest of the Yankees?

Amidst it all, Jeter had what was then the best season of his career. He hit .324 with a then-career best 19 home runs and 84 RBI. Jeter also led the AL with 127 runs scored and had his first 200-hit season. After a slow start to the postseason, the future captain hit .353 in the World Series.

In Game 1, his single following Knoblauch’s game-tying home run in the seventh inning kept the Yankees’ rally alive, and he scored on Tino Martinez’s go-ahead grand slam. Game 2 saw him notch two hits with an RBI, and Game 4 offered two more hits along with scoring two of the Yankees’ three runs.

Once the dust of the regular season settled, the writers let themselves be heard. Jeter finished third in AL MVP voting, trailing only Juan Gonzalez and fellow shortstop Nomar Garciaparra. Take the Steroid Era’s obsession with home run power out of the equation, and he wins in a walk.

Throughout this thrill ride of an MLB season, I watched the New York Yankees with barely any emphasis on Derek Jeter. The team as a whole was just so damn talented from top to bottom that it didn’t matter what any player did on a given night. All that mattered was if the Yankees won or lost during this miraculous run.

But when Scott Brosius fired to Tino Martinez to seal a World Series sweep over the San Diego Padres, no one’s smile was bigger than Jeter’s. My mom and stepdad, in an incredibly generous move, allowed me to stay up for all of Game 4 to see the celebration. In just three MLB seasons, Derek Jeter was now a two-time champion, MVP finalist, and he also made his first All-Star team in 1998.

He wasn’t done either. Over the next four years, Jeter would cement his Hall of Fame legacy for good.