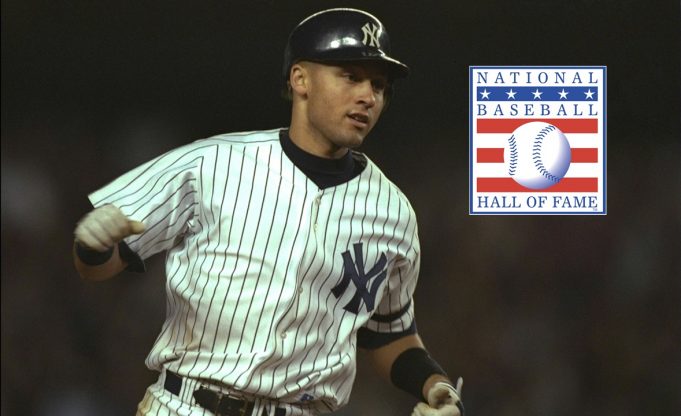 Derek Jeter became the New York Yankees’ full-time shortstop in 1996, and the young rookie played like he ran the league.

Derek Jeter’s brief stint in the majors in 1995 was modest, but didn’t take away from the upside. He hit .250 with seven RBI in 15 games, and even traveled with the New York Yankees in the playoffs despite not being on the active roster. That’s a big deal if a team likes a young prospect enough to have him in the dugout for the postseason even though he’s not actually playing.

Even after the Yankees lost to the Seattle Mariners in the decisive fifth game of the inaugural ALDS, it was hard to envision a future without Derek Jeter. Sure, Tony Fernandez was good, but was about to turn 34 and not a long-term option. Why not give the youngster who hit .317 at Triple-A a shot?

That still didn’t stop George Steinbrenner from being George Steinbrenner. In fact, he tried to trade for another shortstop that offseason. Then-failed starter Mariano Rivera would have gone to the same Mariners who just eliminated the Yankees from the postseason. New York would have received Felix Fermin, who lasted just 11 games with the Chicago Cubs in 1996 and was then out of baseball.

But that trade didn’t happen. Fate made it so that Derek Jeter was in the Opening Day lineup as the starting shortstop for the New York Yankees in 1996.

The rest is history.

April 2, 1996. Robin Williams classic The Birdcage is enjoying the top of the box office, just one day before Edward Norton will become a household name in Primal Fear. On the music charts, Celine Dion’s “Because You Loved Me” rules the roost and makes some think the adult contemporary genre will never die.

But at ten years old, I wasn’t paying attention to any of this. I was more excited at Passover coming midweek and thus giving me a random day off from fourth grade. Even better, the New York Yankees’ opening game against the Cleveland Indians was pushed back due to, wait for it, snow. Now, I was in a position to watch all of Opening Day uninterrupted.

I called and invited my friend and fellow Yankees fan Andy Miller to come over for the game. He was in my class and lived two blocks away, so he was over with bells on.

And in the lineup, batting ninth and playing shortstop for the New York Yankees, was Derek Sanderson Jeter.

On paper, Cleveland was a better team than the Yankees. They were the reigning American League champions and lost the previous World Series to the Atlanta Braves. They kept their core and were primed for more success in ’96, and had 42-year-old Dennis Martinez on the mound.

Two innings later, an unexpected curveball came my way. Andy, my friend, neighbor, and Little League teammate, was ready to turn the game off.

“Come on, man,” he said. “It’s Opening Day, not the World Series. Let’s go to the park and throw. Or maybe make some sandwiches and play [Sega] Genesis in the kitchen.”

“Dude,” I said, giving him a signature “What, are you crazy?” stare that I still give people to this day, “It’s the Yankees!”

“But it’s nice outside,” Andy protested, gesturing to the window. He wasn’t wrong. The early afternoon sunshine was indeed gracing West End Avenue with its presence, but I had no time for it.

“My house, my rules,” I said firmly, just as Paul O’Neill put the Yankees on the board with an RBI double. It was 1-0 in the third inning, but far from over.

Derek drives one out

Little did Andy and I know just how much the odds were stacked in the Yankees’ favor. Despite retiring two years later after 23 MLB seasons, Dennis Martinez always struggled against the Yankees. In fact, he was 2-19 with a 5.25 ERA in 34 games (24 starts) against them.

Except for a pair of ten-year-olds, one of whom is only half-invested in the game, individual splits don’t matter. The final score is the end-all and be-all of the game, and the action leading up to it is just a bonus. By the top of the fifth inning, I was deep into the game while Andy sat next to me and watched.

The only difference was he seemed more interested in the cold cuts we’d just grabbed from the refrigerator between innings. I was watching Derek Jeter come to bat for the second time, my mind only half-concerned with my friend Bogarting the pork roll.

Jeter didn’t look good in his first at-bat, to be honest. Martinez caught him looking to end the second inning as New York stranded two runners. Even for a rookie going up against a 20-year vet, that’s got to be hard.

But after taking two pitches, Jeter read the ball perfectly and launched it over the left field fence. It was his first major league homer, and now the Yankees led 2-0.

All Andy and I could do was look at each other before we started screaming and running around the coffee table.

On the year, he hit .314 with ten home runs and 78 RBI, plus 104 runs scored. The Yankees practically cruised to the AL East crown, but Jeter only ramped it up in October. He hit .361 in the postseason, including a controversial home run in Game 1 of the ALCS against Baltimore, and capped it all with New York’s first World Series title since 1978.

Naturally, the writers were unanimous. Derek Jeter was the unquestioned AL Rookie of the Year.

People don’t realize how big a deal this actually is. Remember that from a baseball standpoint, 1996 is kind of in the middle of the Steroid Era. Jose Canseco and Mark McGwire’s dual Bash Brothers power has put more of a focus on home runs. The three AL Rookies of the Year preceding Jeter all hit at least .275, but all with 20 or more home runs.

Derek Jeter was more than a ballplayer

I don’t recall much about Derek Jeter’s individual performance in the 1996 World Series, but just watching the New York Yankees win was an unforgettable experience. My dad’s old apartment building on West 104th Street was attached to a local neighborhood bar. Charlie Hayes caught the final out, and I’m not sure anyone there went to bed before sunrise.

Here’s the weird part. At no point in my Yankees fandom was Jeter ever my favorite player. I was a lefty-swinging infielder and thus more drawn to Tino Martinez.

Yet, there was something about Derek Jeter, a 21-year-old sensation who just owned the field. He didn’t care about hitting the most home runs or being the biggest star. That was Alex Rodriguez’s job. Baseball was life, but not so much that he couldn’t sign autographs before the game.

And I suppose that’s why so many youngsters, myself included, were drawn to Jeter. Because he stayed so humble and wasn’t that much older than us, it was like watching your big brother play for the Yankees. Or maybe a cool, young uncle who felt more like an older sibling.

Think about a family member you looked up to as a child, probably still do today as an adult. Now, put a baseball uniform on them and add a World Series ring.

That’s Derek Jeter, and we were nowhere near prepared for the rest of his story.