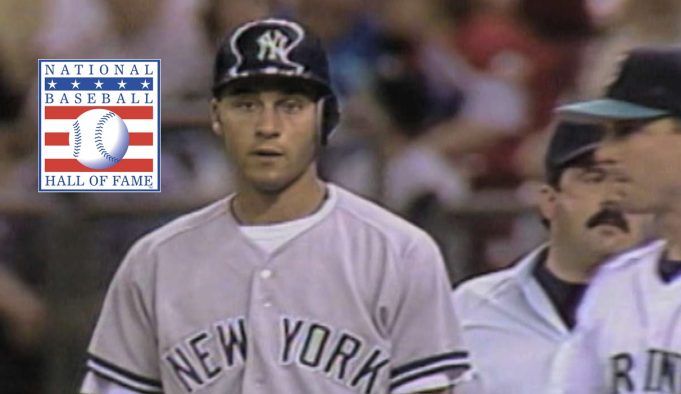 Derek Jeter’s unimpressive debut with the New York Yankees only set the tone for the rest of his Hall of Fame career.

On Sept. 8, Derek Jeter will be inducted into the National Baseball Hall of Fame in Cooperstown, New York.

On one hand, this isn’t really a surprise. Jeter’s career resume screams Hall of Fame. A .310 lifetime batting average. Well over 3,000 hits. Five World Series rings. The list of accomplishments goes on.

Not to mention, Derek Jeter played all 20 of his seasons for the New York Yankees. A Bronx Bomber making the Hall happens with the frequency of a Marvel movie being released. It’s just inevitable.

Yet, Derek Jeter was a special talent. He achieved greatness his own way, preferring contact over power in the Steroid Era and just playing the game over living and dying by analytics.

Moreover, like many of his contemporaries, Jeter’s debut wasn’t the prettiest. In fact, it was kind of forgettable and he didn’t really take off for another year.

But as a child still fairly new to baseball, nine-year-old me couldn’t get enough of his first game in 1995. This was just a year or two after I really started following baseball and from this moment until his retirement in 2014, Derek Jeter and I grew up together in that strange way only this great game can explain.

Being a New York Yankees fan in 1995 was interesting. The strike had robbed the ’94 team of an almost certain march to the World Series. Thus, in the shortened 1995 campaign, the New York fans expected their pinstriped heroes to pick up right where they left off.

Cut to Monday, May 29th. Memorial Day. The New York Yankees have gone from 12-9 and fighting for first place in the AL East to 13-14 in just a week’s time.

A Tony Fernandez injury later, and their top prospect caught a flight to Seattle.

I don’t remember Derek Jeter’s actual debut so much as I do the hype leading up to it. He hit .344 in the minors in 1994, so there was clearly something to this gangly 20-year-old from Kalamazoo, Michigan. He was also playing well at Triple-A Columbus, so why not give him a shot?

In terms of the actual game, I only remember a few moments here and there. First, I recall reasoning with my parents to let me stay up and watch just one more inning. Being a west coast game, watching any action at all was a privilege on a school night. And you can’t watch an old Mariners game without remembering the Kingdome, delightfully awful in all its teal and Astroturfy glory.

But what do I remember the most about Derek Jeter’s MLB debut? Well, that it was just hard watching the damn game. Mind you, this was back before the YES Network, and Yankees games were broadcast on MSG. Though my parents had cable, how well MSG came through on a given day was a crapshoot.

This was one of “those” nights. Between pitches and getting up from the couch to smack the TV with all the might of a baseball-obsessed nine-year-old, I maybe got to watch 15 total minutes of the game uninterrupted. And that was over the course of, give or take, maybe an hour and a half?

But during those 15 minutes, Derek Jeter finally stood up to the plate. Facing Mariners righty Rafael Carmona he had a first MLB at-bat for the ages and made contact on an 0-2 pitch.

Seconds later, he had flown out to Jay Buhner.

I don’t remember when my parents made me go to bed that night, but it probably wasn’t long after Jeter’s first at-bat. It was probably for the best, too. Though the Yankees were up 2-1 when Jeter first hit, they lost the game in extras after blowing a 7-4 lead, truly an ugly loss.

The rest of Jeter’s game was just as ugly. He grounded out twice, lined out to right, and struck out. That’s an 0 for 5 MLB debut and while not the absolute worst, it’s still a rough start.

But in the end, Jeter won the long game even though the Yankees got swept in Seattle and continued to struggle. The following night, he notched two singles against Tim Belcher and looked his debut in the rearview mirror.

And what of the pitchers who shut Jeter down in his first game? Well, Rafael Carmona lasted one more full season before injuries ended his career. Jeff Nelson was traded to the Yankees that offseason and won four rings with the Yankee captain. Bobby Ayala struck Jeter out, but even he was out of baseball before the year 2000.

Derek Jeter, meanwhile, stuck around the Bronx for a couple more weeks before heading back to the minors, and I’ve barely missed a New York Yankees game since.

Little did either of us know that the ride had only just begun.