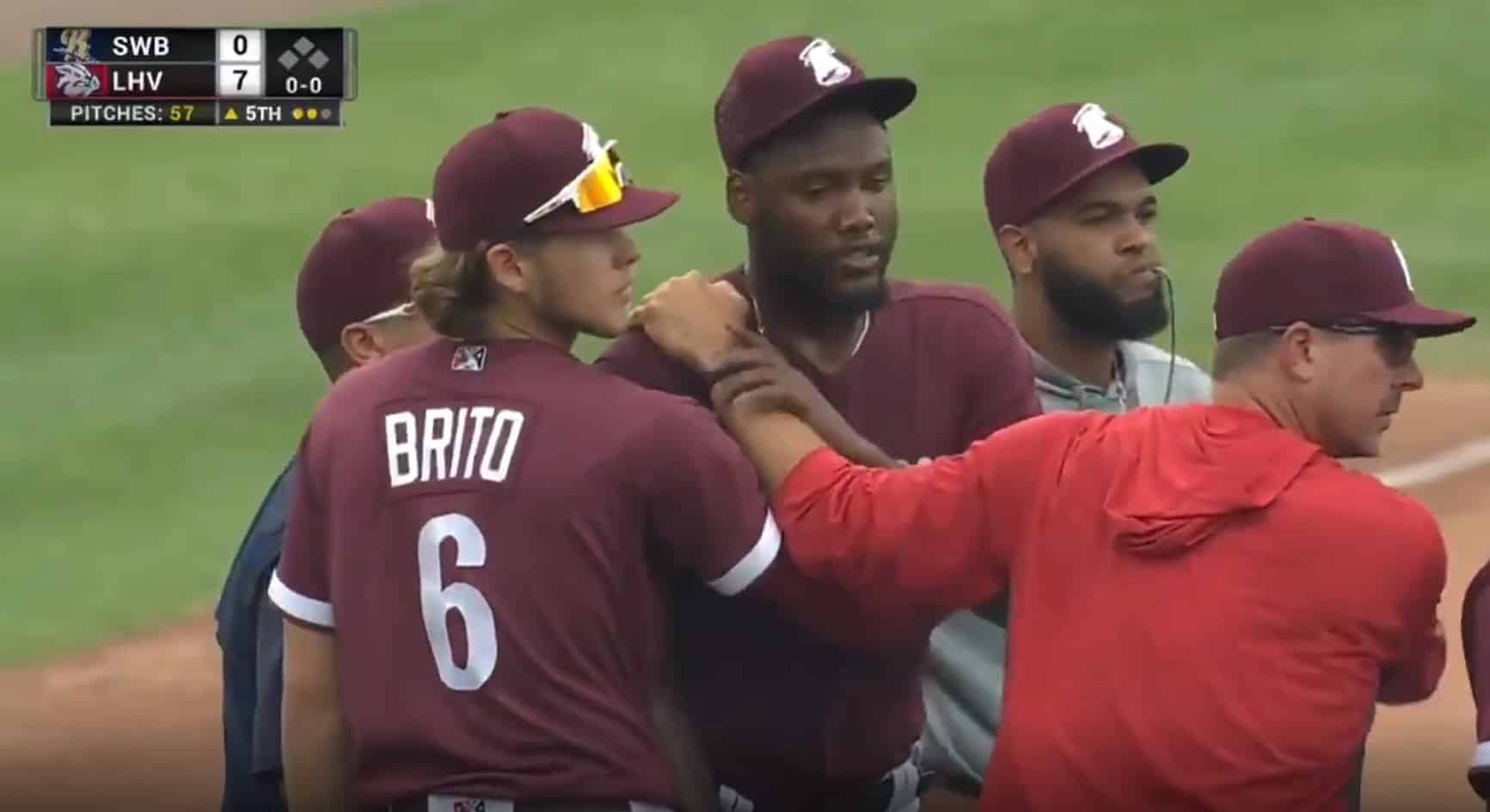 A high fastball led to everyone discussing dinner plans during Sunday’s Triple-A game.

Saturday night’s alright for fighting and, apparently, so is Sunday afternoon if you’re in Triple-A. Max McDowell was not playing when a fastball came in high on him.

The Yankees and Phillies Triple-A affiliates just got into a brawl after Max McDowell was hit in the head by a pitch and charged the mound😳 pic.twitter.com/Lu6tPHpo1Y

McDowell, a 27-year-old catcher batting .193 coming into Sunday’s game, understandably didn’t like the fastball that hit him in the head. So turn on the dance music!

Shoutout to IronPigs catcher Tyler Heineman for the nice form tackle of McDowell has he charged the mound. Maybe the Eagles should sign him as a safety?