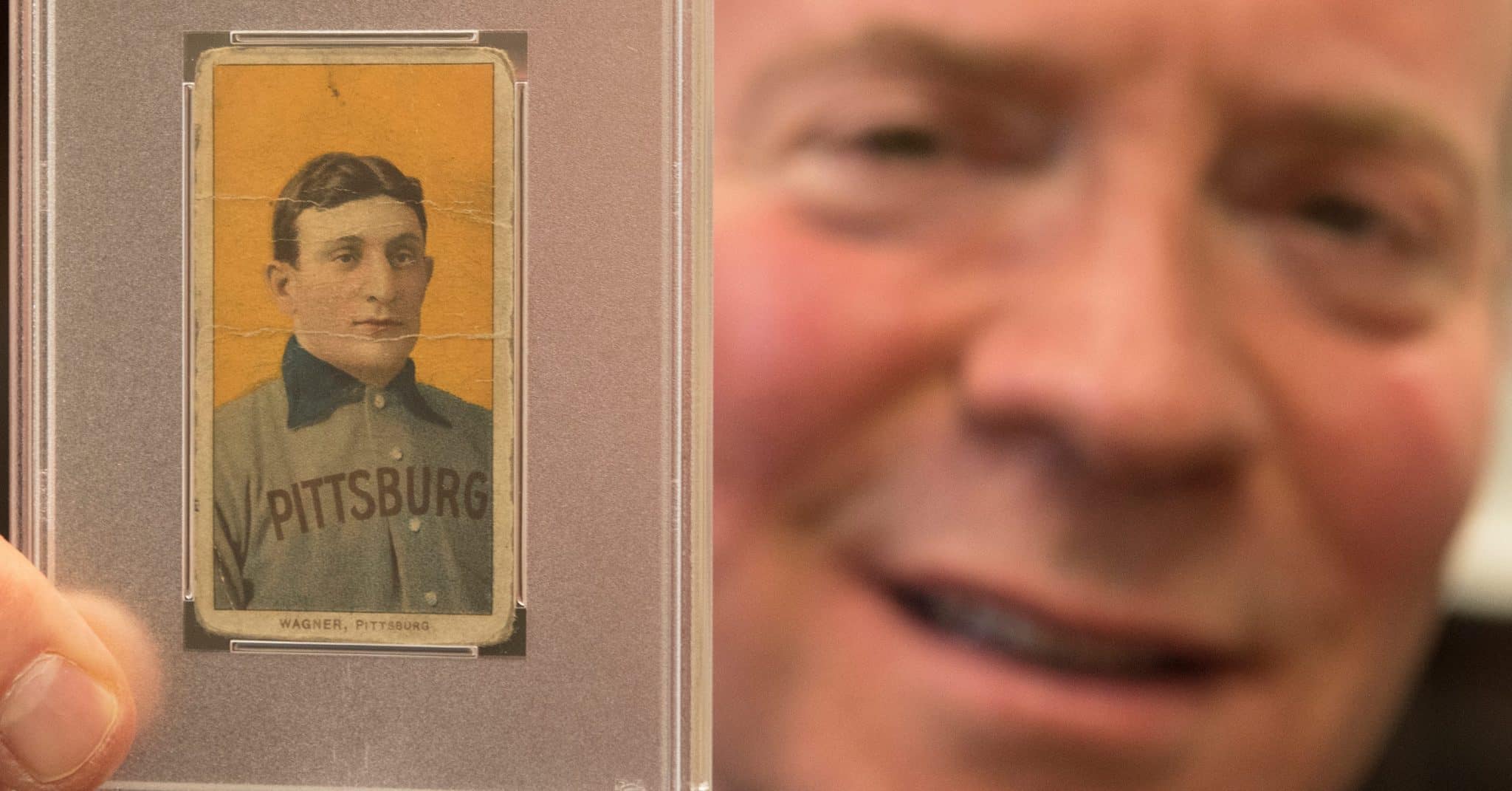 The holy grail of sports cards sold for how much?

Mon Monday morning we were once again reminded that not only are sports cards hot, but nostalgia pays.

The card was on display at the National Sports Collectors Convention in Rosemont, Illinois, in July. This specific card received a grade of 3.0 from SGC, one of the major card grading services. According to population reports from the three biggest card-grading companies — SGC, PSA and Beckett Grading Services (BGS) — only four T206 Wagner cards have been graded higher than a 3 by all three services combined. All four of those are currently part of private collections.

The previous record for a card sale in an auction went to an iconic 1952 Topps Mickey Mantle card, which sold for $5.2 million in January. That dollar amount was later equaled by a 2003-04 Upper Deck Exquisite Collection LeBron James-autographed rookie jersey card in April.

Why is the card so valuable?

First, Wagner was one of the truly great players in early professional baseball. He was one of the first players inducted into the National Baseball Hall of Fame after a stellar career in Pittsburgh. Known as “The Flying Dutchman,” his resume is worthy of his place in history.

But the card’s value is more significantly driven by it’s rarity.

There simply weren’t as many Wagner cards produced as others, even in 1909. The most popular theory behind the card’s scarcity is that Wagner didn’t want to promote smoking tobacco to kids and asked the tobacco company to pull it from the production line.

There are other theories behind it’s limited release, but Wagner’s family is among those who claim it was his conviction that took the card off the line.