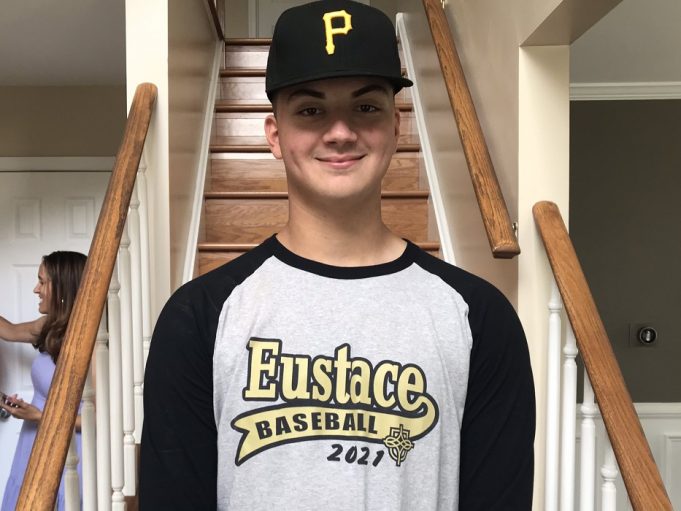 Last weekend there were a lot of people around the Bishop Eustace Prep School baseball program and Blackwood area watching the 2021 MLB Draft. Pitcher Anthony Solomento had a chance to be a first-round pick.

Solomento, a left-handed pitcher, didn’t go in the first round. But he did hear his name called by the Pittsburgh Pirates early in the second.

These are the moments young baseball players (and, frankly, their parents) dream about. Congrats to Anthony for being a second-round pick.

On Tuesday morning, reports are that Solomento — who was a North Carolina recruit — will skip college and turn pro.

Solomento is listed at 6-6 and 220 pounds and was considered a possibility for the New York Yankees in the back-half of the first round. He was the Pirates’ second pick of the 2021 MLB Draft; they selected Louisville catcher Henry Davis first overall.