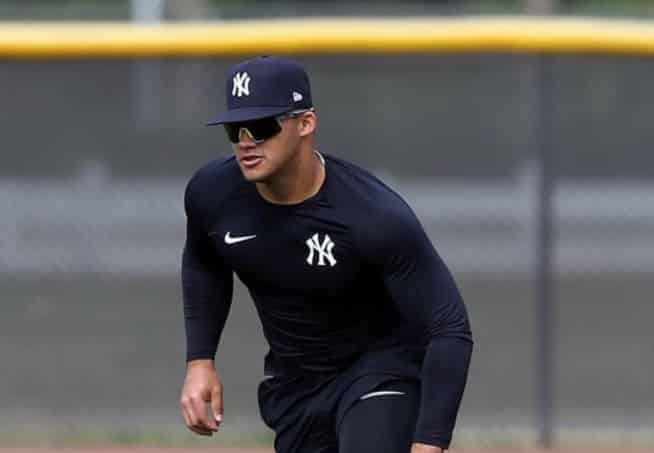 The Martian is moving up!

On Tuesday the New York Yankees promoted their top prospect.

Jasson Dominguez is headed to Tampa.

Dominguez, 18, will join the Tampa Tarpons, the Yankees’ Low-A affiliate.

Outfielders Ryder Green and Aldenis Sanchez have also been promoted to Tampa. But the headline is Dominguez (of course). Dominguez is MLB Pipeline’s No. 24 overall ranked prospect.

The #Yankees have promoted 18-year-old Jasson Dominguez to the @TampaTarpons.

This past weekend, Dominguez became the second-youngest player ever and first in All-Star Futures Game history to participate in the game without a minor league season on his resume.

In seven games with the Yankees’ Florida Complex League rookie-level club, Dominguez has four singles in 20 at-bats. He has six strikeouts, six walks and two stolen bases as well as five runs scored.

Dominguez was 0-for-3 in the All-Star Futures Game with two strikeouts. His first plate appearance saw him line out to third, a rocket that was tied for the second-hardest-hit ball in the game.

Green, 21 is the Yankees’ No. 25 ranked prospect, according to MLB Pipeline. The outfielder was the Yankees’ third-round pick (No. 97 overall) in the 2018 MLB Draft.

Sanchez, 22, is also an outfielder. The Yankees acquired Sanchez from the Tampa Bay Rays as the player to be named later from the Mike Ford trade in June. New York also received cash considerations in the trade.

Sanchez signed with Tampa out of the Dominican Republic in 2016. In four minor league seasons with the Rays organization, Sanchez has combined numbers of 100 runs scored, 56 RBI, 61 stolen bases and a .291 average across 150 games.