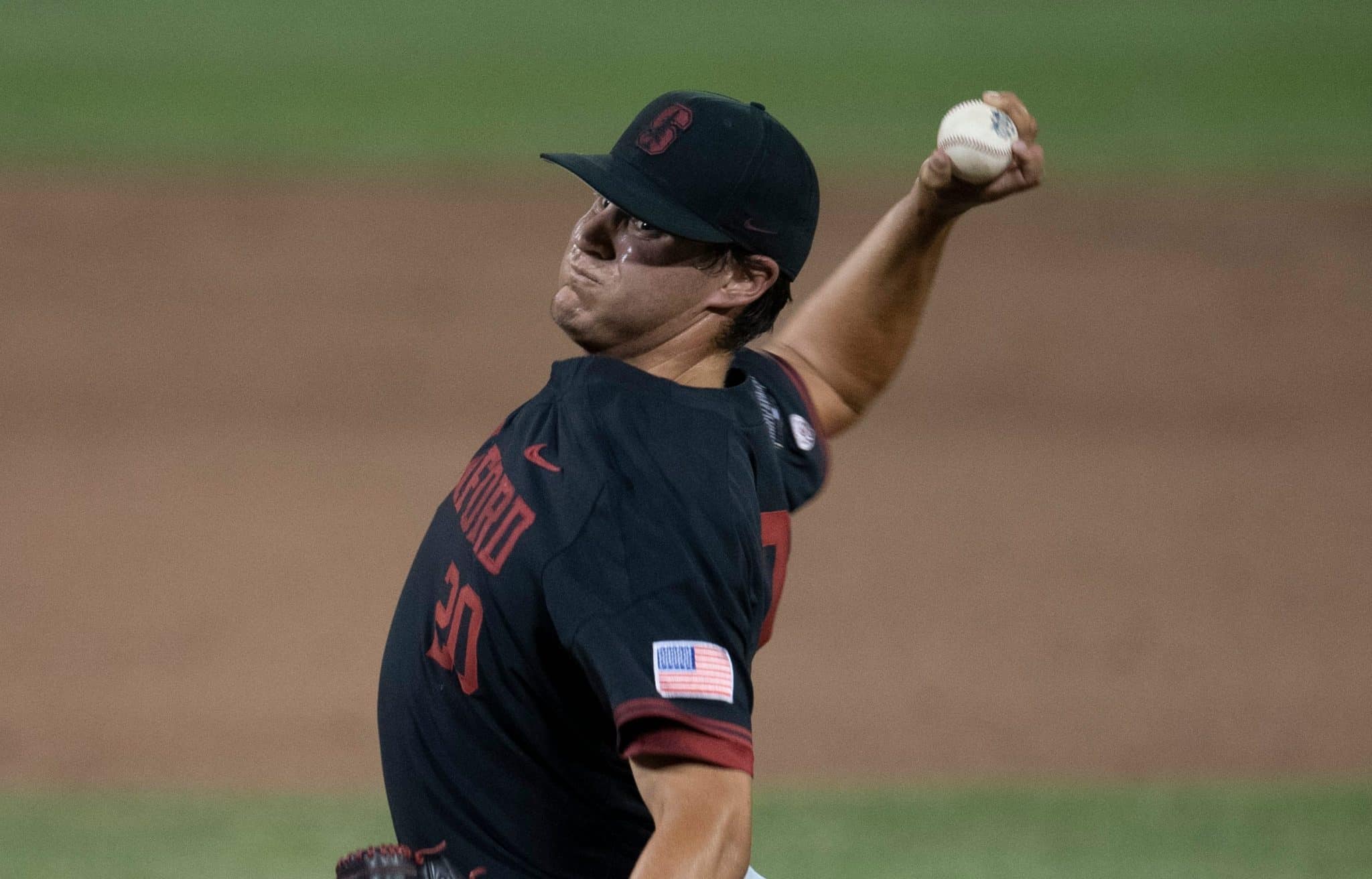 The Yankees are following up their first-round pick of Trey Sweeney by taking college pitcher Brendan Beck.

The New York Yankees are adding Stanford right-handed pitcher Brendan Beck with the 55th pick in the 2021 MLB Draft.

Beck is a guy who doesn’t necessarily overpower hitters, but he has great command of four different pitches.

“The younger brother of Giants pitching prospect Tristan Beck, Brendan spent four seasons in Stanford’s rotation and blossomed into one of the top pitchers in the Pac-12 Conference this spring. He went 7-1, 3.03 and finished tied for the conference lead with 106 strikeouts through the end of the regular season. Beck was previously known as a command-oriented righthander with fringy stuff, but his velocity jumped this spring to enhance his future outlook. After sitting 88-92 mph in past years, he began working 91-96 mph and set new career highs in strikeouts per nine (11.1) and opponent average (.188). Beck’s best attribute remains his feel to pitch. He has impressive command of four pitches, stays on the attack and is exceptionally poised on the mound. His mid-80s changeup is an above-average pitch he is comfortable throwing to righties or lefties in any count, his low-80s slider is an average offering that gets swings and misses and his curveball is a usable fourth offering in the upper 70s. He effectively mixes his pitches to keep hitters guessing and ties everything together with above-average control. Beck is rarely fazed on the mound and has a tendency to step up in big moments. He is a good athlete with a strong, durable frame and lasts deep into his starts. Beck’s velocity uptick has pushed him into top-three rounds consideration for some teams. He projects as a back-of-the-rotation starter who has a chance to be more.”

“Coming into the season, the 6-foot-2, 205-pound righty relied on big-time pitchability, but an uptick in velocity made him an arm to keep an eye on throughout the spring. He earned Pac-12 Pitcher of the Year honors and was up to 96 in a College World Series appearance. The younger brother of Braves prospect Tristan, who was a fourth-round pick out of Stanford in 2018, Brendan’s best offering is a big-breaking 11/5 curveball. He is mature beyond his years and calm, cool and collected on the mound. It puts on a clinic carving through opponent’s lineups. He commands four pitches that he legitimately can throw at any time to any batter. He moves his fastball to all quadrants, working both sides of the plate and occasionally changing eye levels. That’s nothing new for Beck, who has had terrific command throughout his career, averaging less than 2.2 walks per nine innings over 52 appearances (44 starts) and more than 274 innings.”