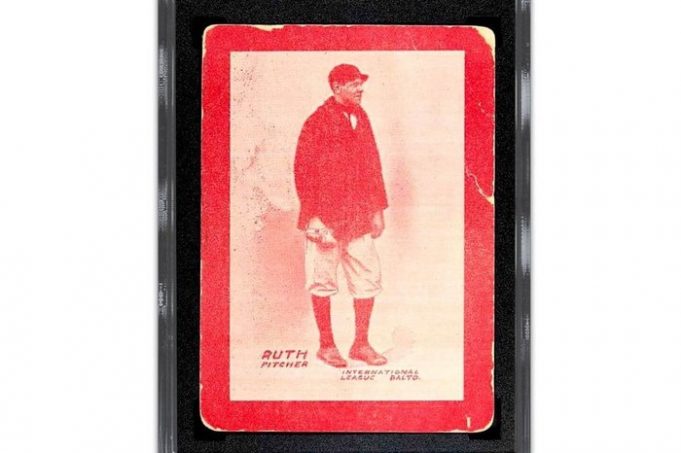 The sale breaks the previous record of $5.2 million

Sports cards have been incredibly hot since the pandemic began, with cards selling for astronomical prices online and at auction. On Wednesday, one of the rarest cards of arguably the most iconic player in history broke another record.

Babe Ruth’s 1914 Baltimore News pre-rookie card sold for just over $6 million, making it the most expensive card purchase in history. There are fewer than 10 of the Baltimore News cards known in existence, and this was the first time the card has changed hands since 2013.

Collectable announced the acquisition on Wednesday, and fans can buy a stake in the card starting at $3 each.

Collectable is excited to announce that we will be offering shares of 1914 Baltimore News Babe Ruth pre-rookie card valued at over $6 million! Head over to our website to watch the press conference LIVE from Baltimore! https://t.co/kVBWAkgkBX #BabeRuth #CollectableApp pic.twitter.com/JKufBLZjAI

“Today’s announcement represents not only a record price for a sports card, but also a historic and seismic moment for the sports collectibles industry. For the first time in history, via Collectable, collectors and sports fans of ALL income brackets will be able to co-own this record setting asset,” Collectable CEO Ezra Levine said in a press release.

The card will remain on display in the Babe Ruth Museum in Baltimore, Md., where it’s been showcased for 23 years.