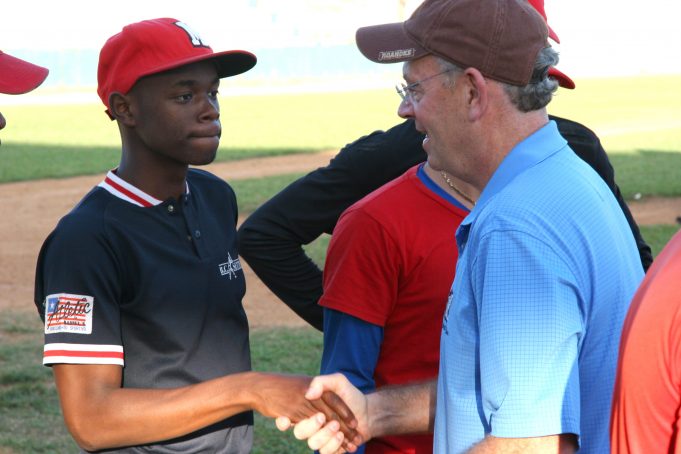 Two years back at a privately-owned restaurant (“paladar”) in Havana, owner Julio noticed the baseball gear carried by our group from the U.S.-based Caribbean Educational and Baseball Foundation (CEBF) and energetically extended an invitation to play ball with his staff in a “paladar league.”

And just like that, despite over 60 years of mistrust and misunderstanding between our countries, we all became instant friends at dinner because of a shared love of baseball.

I was first introduced to this type of sports diplomacy nearly a decade ago by longtime Minor League Baseball executive Lou Schwechheimer, who founded CEBF to bring the U.S. and Caribbean – and particularly Cuba – closer together through baseball (as captured by the New York Times).

Lou’s passion profoundly affected me – it was my “ah ha” moment – and I agreed to leave my position at a top international consulting firm to help build CEBF from the ground-up.

Unfortunately, last summer Lou lost a tough battle with Covid-19, and CEBF ceased its operations in the Caribbean.

Now, with the promise of a renewed approach to international relations under President Biden, what I hope will have new life for the U.S. is increased utilization of sports in diplomacy and development.

Of course, this idea is not new. 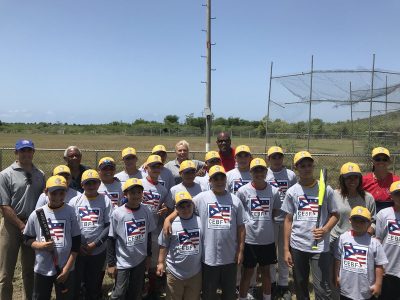 For example, 2021 marks the 50th anniversary of the U.S.-China ping pong exhibitions that led to a breakthrough in relations between the two countries – a moment when, as Time Magazine observed, “probably never before in history has a sport been used so effectively as a tool of international diplomacy.”

But much more can be done in the space, and CEBF’s work with longtime U.S. political adversary Cuba represents the perfect proof of concept, even if on a relatively small-scale.

Traveling to the island over two dozen times, CEBF used baseball as the “common denominator” to help bring the Cuban and American people together and to help communities in need.

We engaged and collaborated with a range of partners and supporters in Cuba, ranging from youth and professional players and coaches to historians, artists, musicians, journalists, and everyday fans, in addition to government officials focused on sports, culture and international relations.

Our journey included a U.S.-Cuba Symposium at SUNY Cortland and the Baseball Hall of Fame in Cooperstown; a baseball art exhibition in Washington D.C. featuring the works of renowned Havana-based Reynerio Tamayo; “experiential” people-to-people trips; speaking engagements; as well as gear donations and many other exchanges and initiatives. 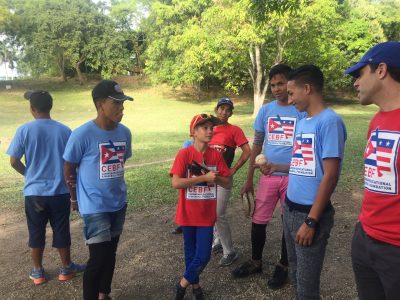 Very few of these links – if any – would have been made but for the unifying nature of baseball.

Government policies and actions on both sides ultimately frustrated our efforts in Cuba, so we pivoted to Jamaica, the Dominican Republic, and elsewhere in the Caribbean to execute programs that included skills clinics with former MLB players, rehabbing youth fields, equipment donations, and various educational initiatives.

Although cut short by the pandemic, our overall work positively impacted 100s of youth players and dozens of underserved communities while demonstrating the transformational capacity of sports in areas such as capacity building, cultural exchange and education, health & wellness, and more.

In that spirit – and to help advance its commendable re-commitment to U.S. leadership in the world – the Biden Administration would do well to focus increased attention and funding on sports-related initiatives, including for the excellent but below-the-radar and under-resourced work of the State Department’s Sports Diplomacy Division. It could also consider increasing the involvement of other federal agencies, such as the U.S. Agency for International Development (now led by noted sports enthusiast Samantha Power). 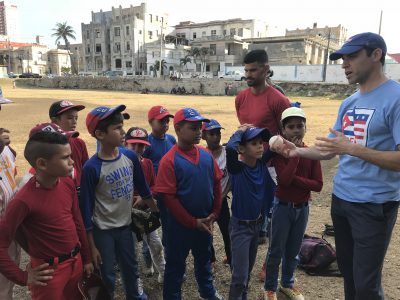 In addition, the formation of a government-led working group could bring together diverse stakeholders from the private, educational, and nonprofit sectors as well as international organizations such as the UN (which recently observed the International Day of Sport for Development and Peace) to brainstorm creative ways to use sports to elevate platforms while advancing U.S. goals and focusing on priority issues such as Covid-19, climate change, and human rights.

Sadly, my friend and mentor Lou Schwechheimer can no longer participate, but his vision inspires a better future: sports can serve as a straightforward and powerful way to unleash the positive power of the American example, break down divisions, build connections, raise awareness, empower excluded populations, create economic opportunities, provide hope, promote reconciliation and peacebuilding, and much more.

As instructed by the CEBF experience, where the smallest acts – such as bonding over baseball at Julio’s paladar in Cuba – served to unify, sports diplomacy can be relatively easy to execute, and should be deployed on a larger scale by the U.S. as a force for global good.

Tommy Goodman is a Washington, D.C.-based international affairs executive with a deep passion for and expertise in sports diplomacy. Most recently, he served as Executive Director of the Caribbean Educational and Baseball Foundation, a nonprofit 501(c)(3) using baseball to support youth development and build cultural bridges between the U.S. and Caribbean. He worked previously as an international strategic advisor at The Cohen Group; as an attorney in the private sector and federal government; and as a school teacher in Costa Rica.