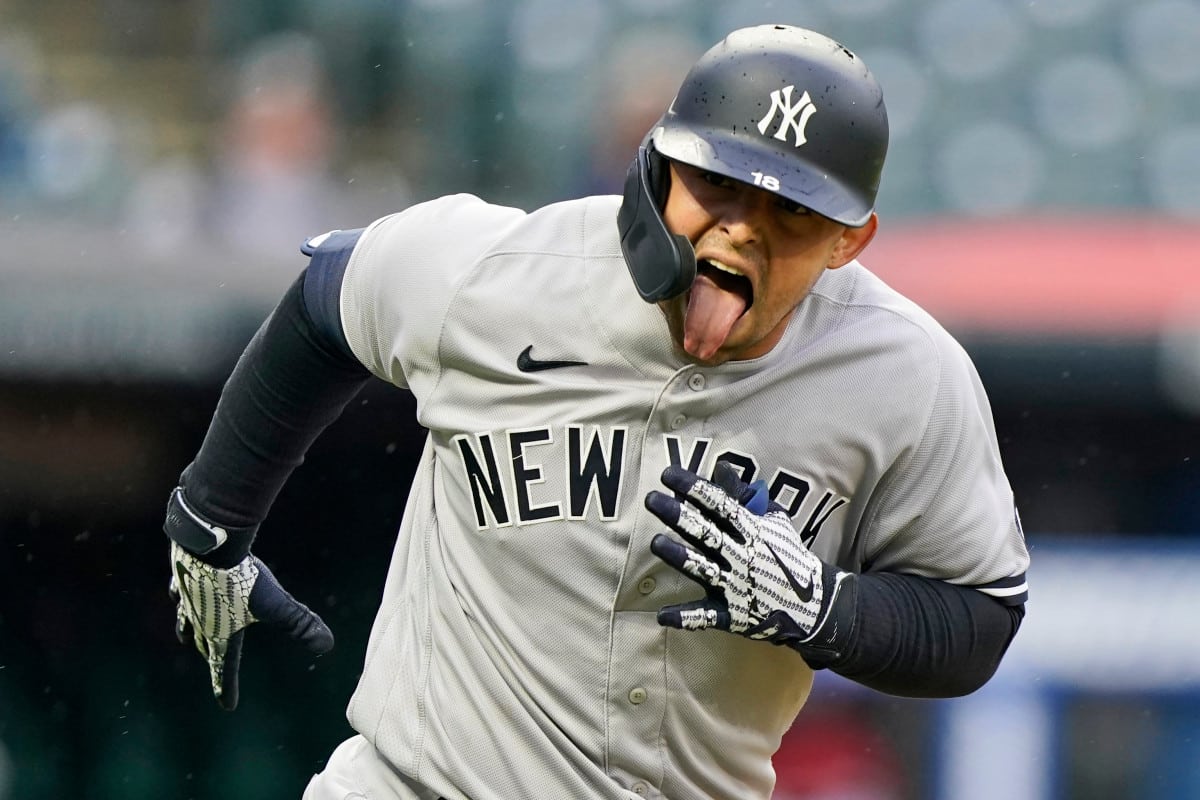 After a shaky start to the week, the New York Yankees saw their bats come alive in a strong series in Cleveland.

This time last week, the New York Yankees were having a bad time after getting swept at home by the Tampa Bay Rays.

This week, something changed. The at-bats got stronger. The lineup’s signature power amped up to 11 and the home runs flew aplenty.

Mind you, none of this is to say the Yankees are back and we should all cry, “World Series, ho!” The Bronx Bombers are still 9-12 and tied with the Baltimore Orioles for last in the AL East. In fact, the Yankees kickstart the week with a four-game set at Camden Yards, where they’ve performed well for a few years now.

And if this past week was any indication, the trip to Baltimore could be just what the New York Yankees need.

Bumbling with the Braves

Let’s start with the two-game series with the Braves. The Yankees only managed four runs against Atlanta, but there were indeed some encouraging signs.

First, Jameson Taillon’s upside was on full display on Tuesday. He only pitched five innings, but struck out five and walked just one in allowing just a single run. For someone coming off of a second Tommy John surgery, his stuff has life and he’s also doing a good job inducing soft contact. Per Fangraphs, his soft contact rate (Soft%) is at 23.1% and if he tossed enough innings, that would put him in the Top 10.

Corey Kluber also took a big step forward as a Yankee, allowing just two runs on two hits in 4.2 innings on Wednesday. Were it not for his four walks, he might have had six shutout innings. Once he gets some run support, expect him to look more like himself.

The bats didn’t do much damage save for a Gio Urshela homer, but something felt different. Everyone was more focused, which boded well for the next series.

That’s right, ladies and gentlemen, we’re bringing out the old school ’90s rock. Because the way the Yankees played in Cleveland over the weekend, one would think they were the New York Yankees of old.

The entire series was a roller coaster. Thursday, Domingo German fell behind early and the Yankees trailed 3-0 after one inning. Cut to Gleyber Torres having a three-hit night, including a 2-run single to tie the game, and the Yankees win 6-3 after a go-ahead single from Rougned Odor.

Friday was more of the same, except with Jordan Montgomery falling behind 3-0. Four home runs later, including two from Giancarlo Stanton, and the Yankees won 6-3.

Cut to Gerrit Cole outdueling Shane Bieber in a gritty 2-1 win Saturday, and Taillon’s lone, game-costing bad inning on Sunday stung less. Taking three of four from the Indians is exactly what these New York Yankees needed, even if it meant staying under .500 a bit longer.

Plus, who could have foreseen Odor having two clutch home runs in the series and bringing swagger back to the dugout?

As disgraced quarterback Paul Crewe noted in The Longest Yard, even the best teams need a tune-up game. The New York Yankees aren’t the best in baseball yet, but this week should provide plenty of opportunities to fine-tune things.

Four games in Baltimore is ideal, especially since the Yankees are 21-5 at Camden Yards since Aaron Boone became manager. Even better, New York then returns to Yankee Stadium for three games with the last-place Detroit Tigers.

The pitching isn’t where it needs to be just yet and, if we’re being honest, could be streaky all season. But if the New York Yankees can get some base hits alongside their rediscovered home run power, better days are ahead indeed.