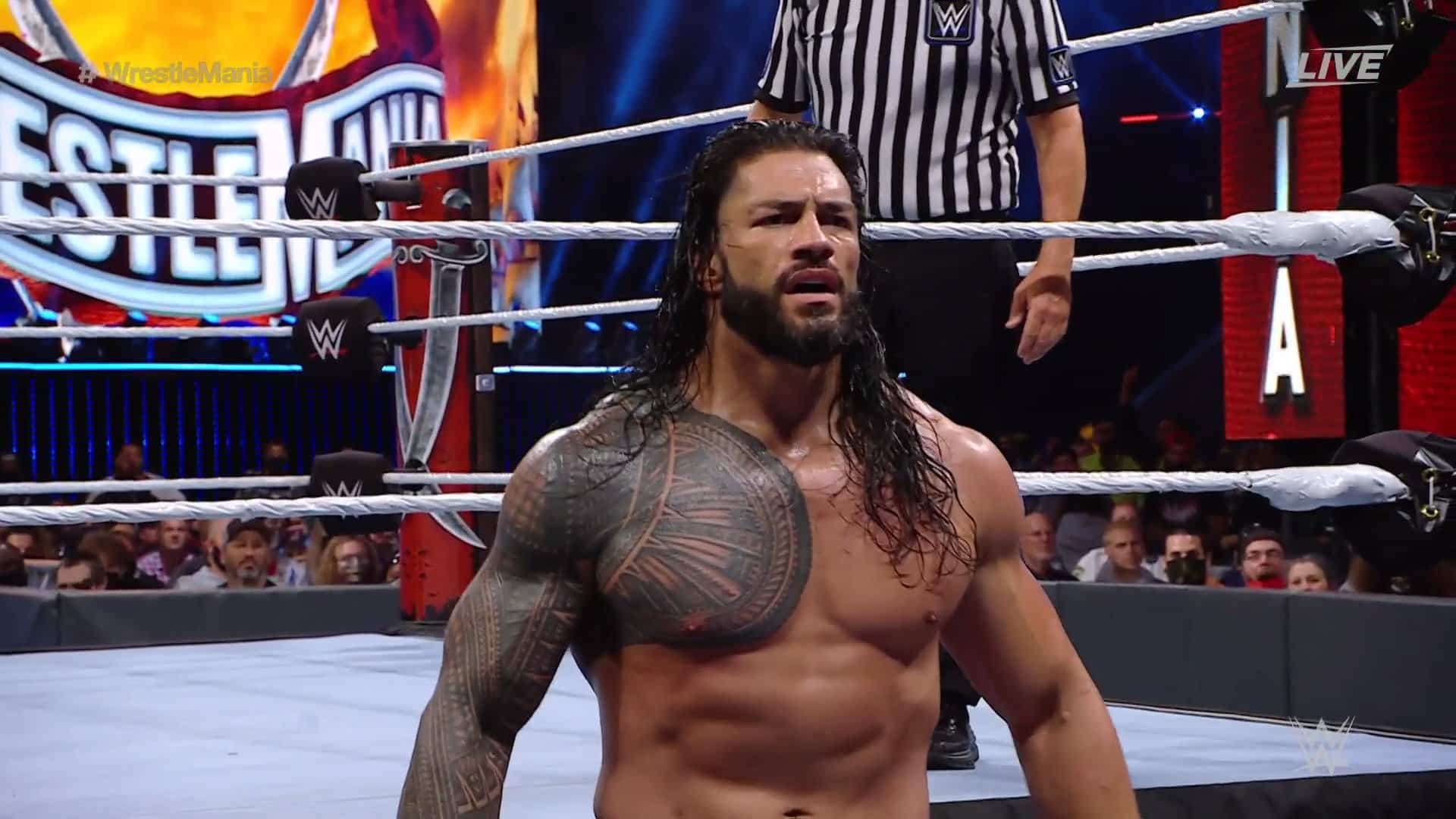 Roman Reigns survived a Triple Threat match with Edge and Daniel Bryan at WrestleMania 37 to retain his WWE Universal Championship.

In what was easily the match of the night, Reigns dominated both Edge and Bryan with brutality and physicality. The match ended after Reigns nailed both men with steel chair shots to the head, and then dragged Edge on top of Bryan. Reigns then pinned both men at the same tie as the Tampa crowd booed.

Though Roman Reigns has been SmackDown Live‘s top heel since returning last summer, his retaining the title made sense tonight. All three men had their own signature moments, with both Reigns and Edge hitting their respective signature spears. There was even a spot where they both tried to spear each other at once, only to collide mid-ring.

Bryan, meanwhile, hit a pair of diving headbutts off the top rope as well as a running knee. He and Edge were also involved in the spot of the match, when they both locked in dueling crossfaces on the champion. What made the spot unique, however, was that Reigns had no control of his arms and could not tap out.

Yet, the Tribal Chief got some interference from his cousin Jey Uso at the match’s start and finish. Now, Roman Reigns can look towards a goal of defending the Universal Championship until Summerslam, his one-year mark.

Who will challenge Reigns next? Bryan again? Will Brock Lesnar return? Is this Big E’s moment?

The possibilities are endless on SmackDown Live, and defeating Roman Reigns could wind up making a star of someone.