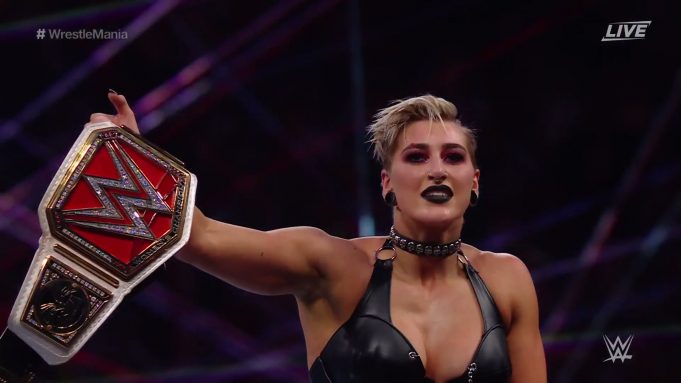 You're not dreaming. You're having a NIGHTMARE! 👹

The strong Aussie made the jump from NXT to Monday Night Raw last month and immediately inserted herself into the title picture. Her pure strength and size advantage over the athletic Asuka set up for a great match. It was equal parts technical and aggressive, just as many holds as there were strikes.

Asuka locked Ripley in an Asuka Lock, but Ripley worked her way out of it. A Rip Tide later, Rhea Ripley was the new Raw Women’s Champion.

There may be no obvious opponents for Rhea Ripley, but she and new SmackDown Women’s Champion Bianca Belair are in a strong position. They can remake their respective women’s divisions entirely. The entire balance of power has shifted.

What will a Rhea Ripley championship reign be? Will she be an aggressive and tyrannical heel? Or is she set to be more of a ‘tweener, or maybe a fiery babyface?

The most obvious first opponent is a rematch with Asuka, but WWE also needs to build new stars. They’ve done a great job starting with Rhea Ripley and Bianca Belair. Now, let’s see if they can keep it up.