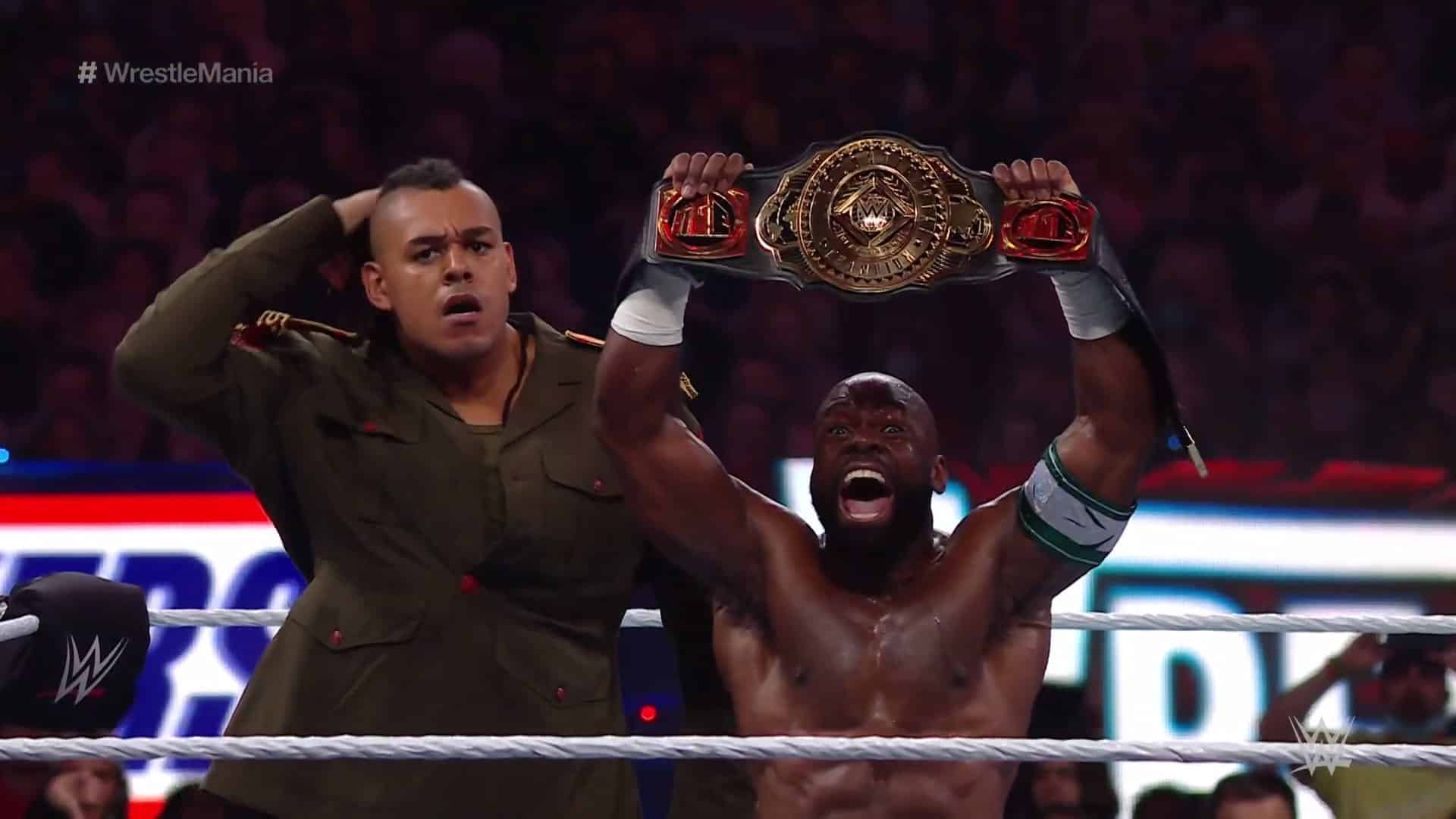 Apollo Crews won his first Intercontinental Championship with a win over the popular Big E at WrestleMania 37 on Sunday night.

Apollo Crews took home his first Intercontinental Championship after defeating Big E at WrestleMania 37. Thanks to an appearance from the giant Dabba-Kato, Crews walked away with the gold in what was billed as a Nigerian Drum Match.

The match was, to be honest, a disappointment. It was little more than a street fight with green-decked percussion instruments placed around the ring. There were some fun spots here and there, and Big E seemed to have the match one after putting Crews through a table.

Big E then hit Crews with the Big Ending, only to be interrupted by Dabba-Kato. He wasn’t identified by that specific name, but fans will recall seeing him fight Braun Strowman on the short-lived Raw Underground. Crews was then moved on top of Big E, and the referee counted three.

However, there is some good news out of this match. Apollo Crews is already interesting as a heel, almost like a villainous King T’Challa. Dabba-Kato was wearing a military-like jacket, so having him serve as an enforcer makes sense. This only makes the character more three-dimensional.

Not to mention, Big E is from Tampa, where WrestleMania has been held this weekend. Crews now has major heel heat after not just defeating a beloved champion, but also in his hometown!

Moreover, adding Dabba-Kato positions Apollo Crews for a long IC title run. He’s been overlooked for way too long, so here’s hoping WWE finally gets the formula right with him.