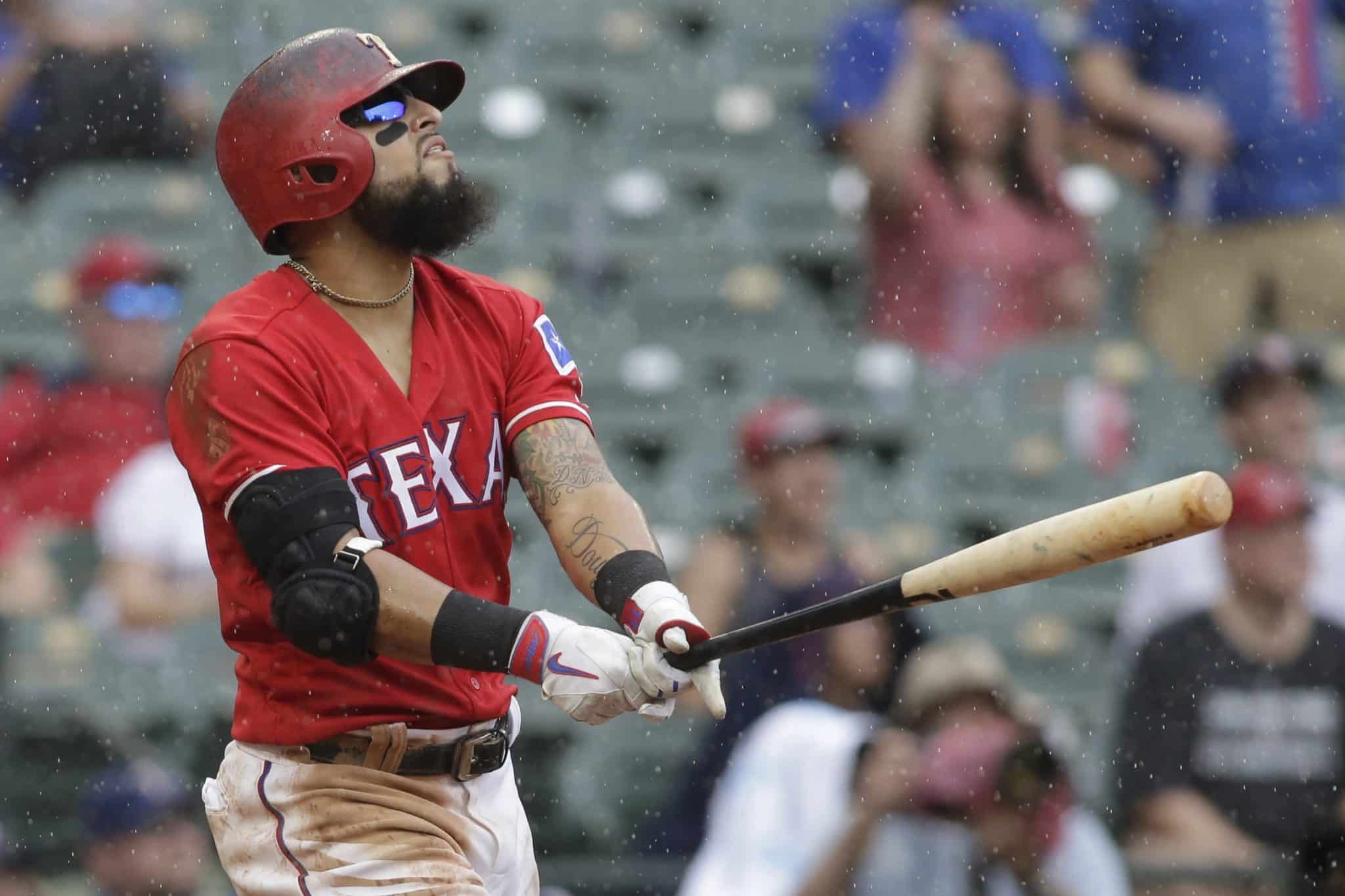 The New York Yankees are finalizing a trade to acquire infielder Rougned Odor from the Texas Rangers, sources tell ESPN.

Odor, 27, has spent his entire seven-year MLB career with the Texas Rangers and was designated for assignment on Monday. Joel Sherman of the New York Post added the Yankees would send two prospects to Texas in the deal.

Odor struggled in 2020 and hit just .167 for the Rangers in the abbreviated season. He is a .237 lifetime hitter who hit 30 home runs in three different seasons with Texas. In seven years, Odor has slugged 146 career home runs and was a key piece of the Rangers’ playoff runs in 2015 and ’16.

Now, it appears Odor is headed to the Bronx. However, there is no clear role for him on the Yankees. DJ LeMahieu is a Gold Glove second baseman who can also play both corner infield positions. New York also has Tyler Wade as a utility infielder.

Thus, what’s the plan for Rougned Odor? Will he go to the alternate site and get reps at first base as an insurance policy if Jay Bruce doesn’t work out? Mike Ford’s presence alone makes that an asinine idea. The Yankees might as well be the 4 train at rush hour, because there is literally no place for Odor on the team as it currently is.

Then again, Passan added the Rangers would absorb “almost the entirety” of the $27 million owed to Odor. Perhaps Brian Cashman just thought the opportunity was too good to pass up? Even with all of his issues striking out, Odor still hit 30 home runs in 2019. If he can find a groove at the plate, he and Yankee Stadium’s short porch could become good friends.

This is a developing story, so stay tuned to ESNY for updates.