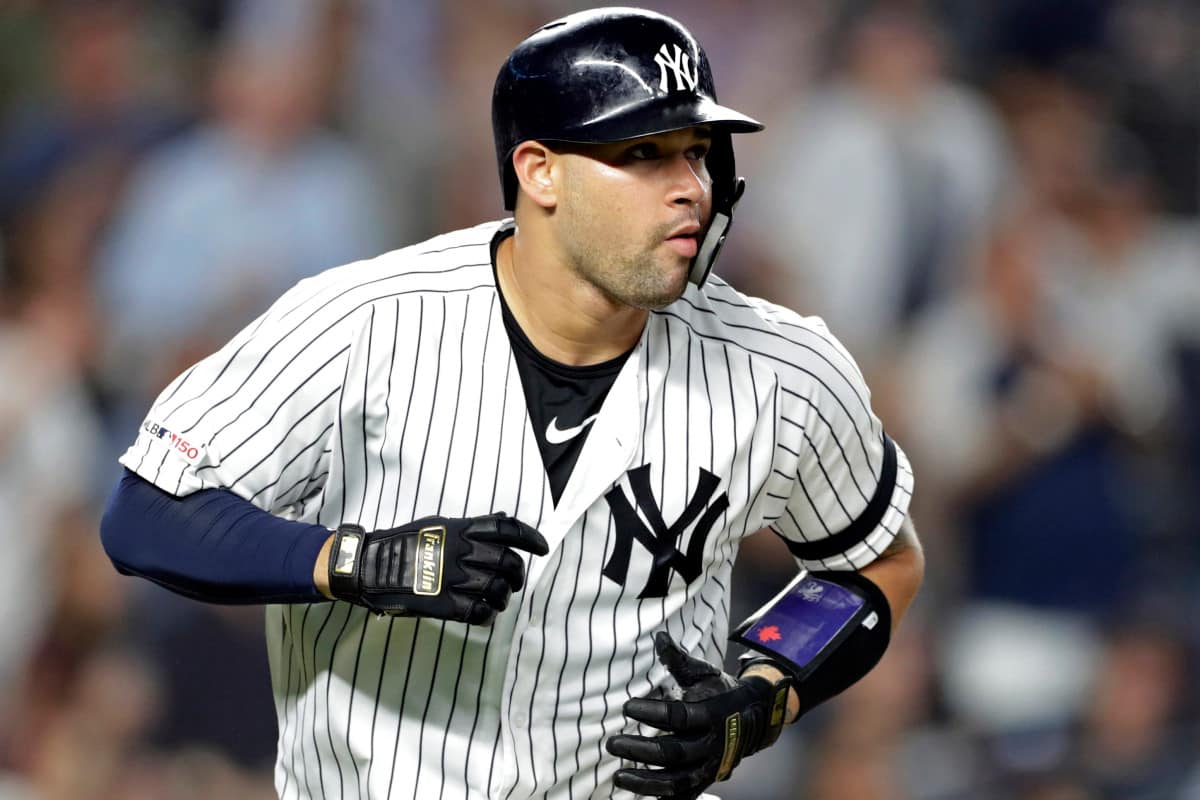 Inconsistency is what defined the New York Yankees and their first series of the new 2021 MLB season as fans finally returned.

The New York Yankees finally welcomed fans back to Yankee Stadium for their first series of the year. Matched against the pesky AL East rival Toronto Blue Jays, so there was sure to be fireworks.

Fans washed jerseys for the first time since October. Yankee Tavern and Stan’s followed any and all health and safety protocols as East 161st Street and River Avenue came back to life. It being Easter weekend was only more appropriate because this was, in its own way, a resurrection of sorts.

And for all the anticipation that mounted, the New York Yankees and their fans were treated to…losing two of three to Toronto.

Mind you, this isn’t to say hit the panic button. It’s April 4. The season is three games old and 159 remain.

Yet, this first series with Toronto was pretty lifeless baseball. Opening Day was a low-scoring affair and though Gerrit Cole pitched great, a stretched Yankees bullpen lost the game in 10 innings. Saturday, New York small-balled its way to victory after another Gary Sanchez homer. Sunday, Domingo German had one bad inning which was enough to give Toronto the game.

But beneath everything, one thing is clear. This is a special Yankees team.

It doesn’t take an expert to see the New York Yankees weren’t themselves at the plate in their first series. They were 4 for 24 with runners in scoring position against Toronto, including 0 for 9 on Opening Day alone. That’s .166 as a unit and unacceptable given how often this lineup is compared to Babe Ruth and Murderers’ Row.

But let’s not panic even though Aaron Hicks and even Aaron Judge constantly swung themselves out of their shoes this weekend. This isn’t just early in the season, but also the first time playing in front of fans in over a year.

Let’s put this in a deeper context. The pandemic has taken so much from us already, including the ability to simply be around other people. Baseball is a game whose lifeblood is crowd noise. Even for hardened professional athletes like the New York Yankees, nerves were surely a factor. Everyone was probably trying to do too much, as evidenced by some of the swings we saw.

Don’t worry about this team. It’s just a matter of shaking the cobwebs off of themselves and back onto Paul O’Neill’s old drums in the clubhouse closet.

Return of the Kraken

It’d be a grave injustice if we didn’t at least talk a little bit about Gary Sanchez’s strong return from a forgettable 2020. He not only gave the Yankees the lead on Opening Day with a two-run shot, but he also cracked another homer on Saturday.

Additionally, Sanchez struck out just once in 12 plate appearances. Considering his K% was a horrific 36% in 2020, this is an excellent early sign.

Simply put, if Gary Sanchez is on while the team struggles, there’s plenty of reason for hope.

All hail the King?

Pitching remains the biggest question mark for the New York Yankees, and Sunday’s game was a perfect example of why. Domingo German, who missed all of last season serving a domestic violence suspension, made his return to the mound and allowed three runs in three innings.

Yet, that was all the Blue Jays had on the day as Michael King came out of the bullpen and shut down Toronto’s lineup. He pitched six scoreless innings and allowed just one hit while striking out three. At one point, he retired 16 consecutive hitters.

That said, it’s unclear just what this means for the coming week. German allowed all three of those runs in the second inning and was otherwise sharp. He wasn’t bad enough for manager Aaron Boone to justify pulling him from the rotation.

But given how well King performed in what was basically mop-up duty, don’t be surprised if we see more of him in the near future. If German is indeed demoted, King might even be the first arm called to fill his spot.