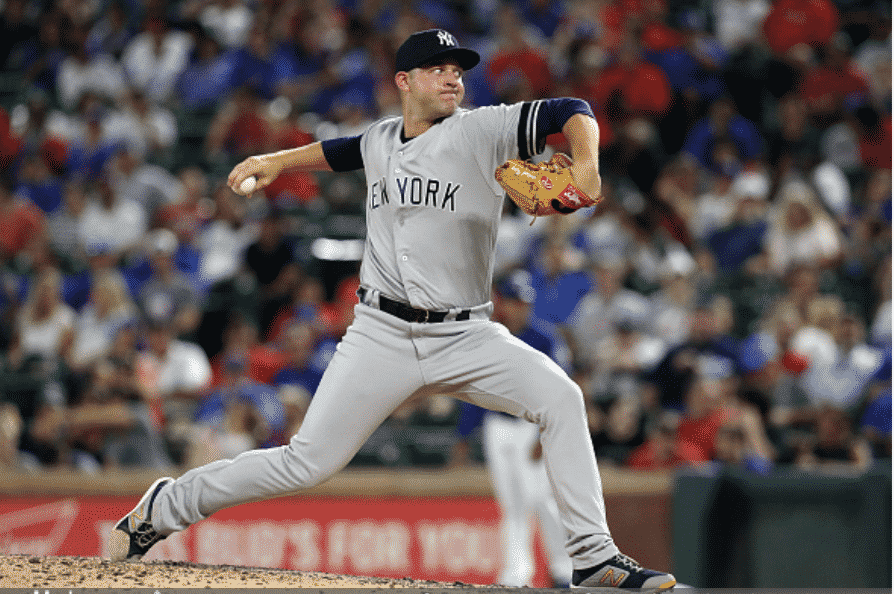 Mike King was considered a significant pitching prospect just a few years ago, but struggled in limited MLB action in 2020.

The New York Yankees will start right-hander Mike King in the team’s first spring training game on Sunday, according to MLB.com’s Bryan Hoch.

Michael King is getting the start for the #Yankees’ spring training opener on Feb. 28.

Prior to last season, King turned some heads as a dynamic pitching prospect in the Yankees’ minor league system. In 2018, his 1.79 ERA across three levels of the minors excited onlookers.

Big things were expected the following year, but elbow trouble limited King to 11 total appearances. He still managed to make his MLB debut near the end of the regular season, however.

King enters camp with a legitimate shot at making the New York Yankees’ Opening Day roster. Multiple arms are competing for the No. 5 starter’s job, including young phenom Deivi Garcia and the recently reinstated Domingo German.

King, meanwhile, has clearly been preparing for this moment. Hoch reported last weekend that the young righty spent his offseason developing a third pitch. This is a key development, as King looked very predictable last season.

The good news for Mike King is that in his final appearances of 2020, it was clear he was benefitting from pitching coach Matt Blake. He was generating more spin on his fastball, which meant more swinging strikes from opposing hitters.

He’ll have a tall order ahead of him on Sunday, as the Yankees are set to face the dynamic bats of the Toronto Blue Jays. If he can look dominant in his short outing and continually outpitch Garcia and German, he is a serious dark horse to be the fifth starter.