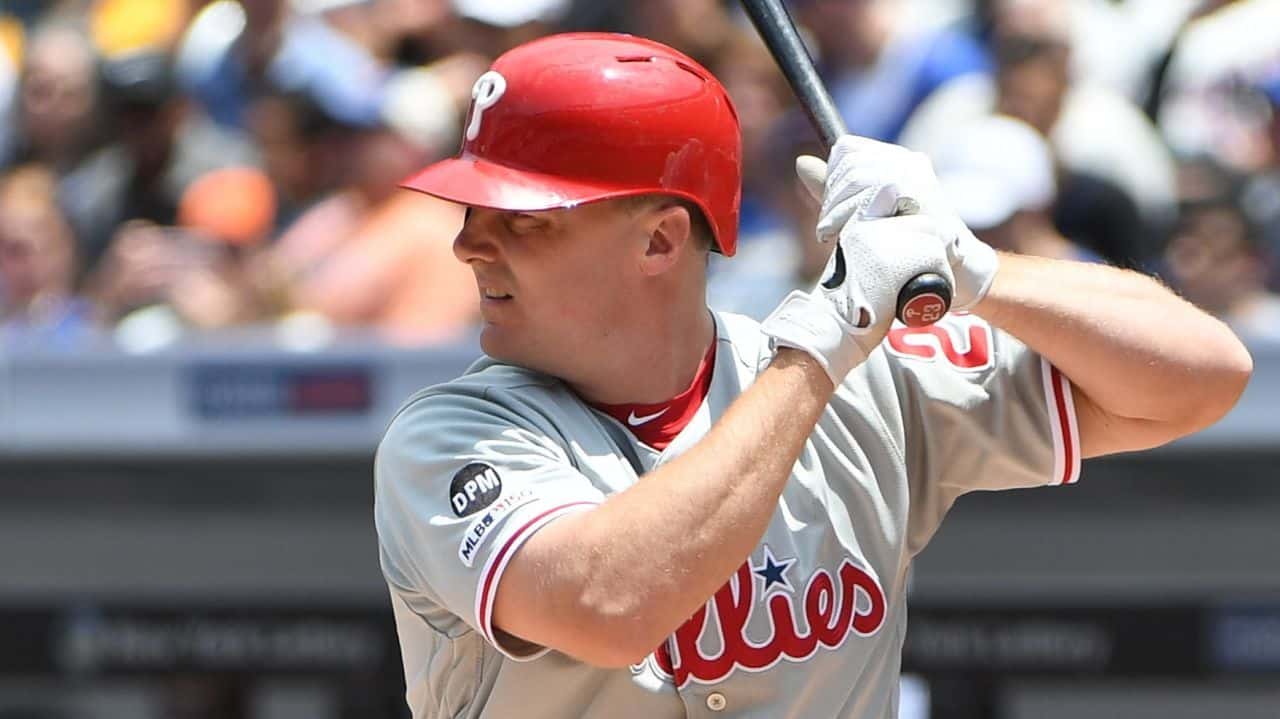 The New York Yankees have invited multiple non-roster invitees to spring training, including a former All-Star.

One of the best things about spring training is watching players literally compete for roster spots, and the New York Yankees ensured this would be the case in Tampa.

The team posted a list of its non-roster invitees to its Twitter, and let’s just say both the Yankees’ bench and bullpen could be fun to watch in 2021.

Of course, there are more than a few familiar faces from spring trainings past. Chris Gittens and Nick Goody both came up through the Yankees system, with the latter making his return after some years away. Nestor Cortes Jr. and Tyler Lyons both have experience coming out of the Bronx Bombers’ bullpen.

And along with other potential depth guys like Kyle Barraclough and Robinson Chirinos, the New York Yankees have made it clear with some of these invitees. 2021 is about going big or going home.

Let’s take a look at some of the bigger names headed to Tampa and see just how they potentially fit in pinstripes.

Guess who’s back? Back again? Warren’s back. Tell your friends.

Eminem jokes aside, every New York Yankees fan should know Adam Warren well by now. He debuted with the team in 2012 and then served in various roles for the next three-and-a-half years, mostly out of the bullpen. He was traded to the Chicago Cubs for Starlin Castro in 2015, only to come back to New York months later in the Aroldis Chapman trade.

Warren then got traded to the Seattle Mariners in 2018, only to come back to New York again on a minor league deal last season and again in 2021. Who says you can’t go home?

Now 33 and fresh off Tommy John surgery in 2019, Warren figures to vie for a spot in the Yankees’ bullpen. Given his familiarity with the organization, that could give him something of a leg up as Opening Day draws closer.

This is a move not entirely uncommon for the New York Yankees, but one that raises some questions. Dietrich spent last year with the Texas Rangers and has shaped up to be a three true outcomes hitter the last couple of years. He hits home runs, walks, or strikes out and though he’s only hit .187 in the last two seasons, his OPS is a respectable .793.

As of now, Dietrich will probably compete with Mike Ford for the role of the left-handed power bat off the bench. He slugged 19 home runs for the Cincinnati Reds two years ago and his swing was designed for Yankee Stadium’s short porch in right field.

Dietrich’s odds of making the team, however, could be tough. Ford has been an established bench bat for a couple of years now, and Brett Gardner could return to the team at any time. But if Dietrich’s signature power is in top form in Tampa, the New York Yankees could have a hard time letting him go.

In Chacín, the New York Yankees have someone with one hell of an outside shot of landing the fifth starter’s job. The veteran righty appeared in just two games for the Atlanta Braves in the shortened 2020 season, but is a 12-year veteran who can both start and come out of the bullpen.

But how will manager Aaron Boone use Jhoulys Chacín in spring training? Well, that remains to be seen. Maybe he’ll be the bulk guy after Chad Green serves as an opener. Perhaps he’ll get some starts himself, or be used solely as a bullpen arm.

One way or another, Chacín can still be effective in any role at just 33 years old. If he pitches out of his mind, maybe he can actually beat out guys like Deivi Garcia and Domingo German for the No. 5 spot. He’s someone who can eat some innings when healthy, so pay attention when he’s pitching this spring.

The New York Yankees have wanted Jay Bruce for a long time. Brian Cashman tried to trade for him years ago, but the New York Mets instead sent the powerful lefty bat to Cleveland.

Three years later, Cashman has managed to get his man on a minor league deal. Bruce spent last season with the Philadelphia Phillies and hit .198 with six homers and 14 RBI in 32 games. He’s no longer an everyday player at 33 years old, but will get a fair chance at being the Yankees’ fourth outfielder.

Much like Dietrich, Bruce’s future in pinstripes probably depends on Brett Gardner. The longtime Yankee is still on the market, but Clint Frazier is the hands-down starting left fielder. Unless he signs a new contract during spring training, odds are Gardner’s days in the Bronx are done.

In the meantime, Bruce just has to show he can work good at-bats and showcase his signature power. He’s an absolute liability in the field, so spring training for him is about hitting, hitting, and hitting some more.