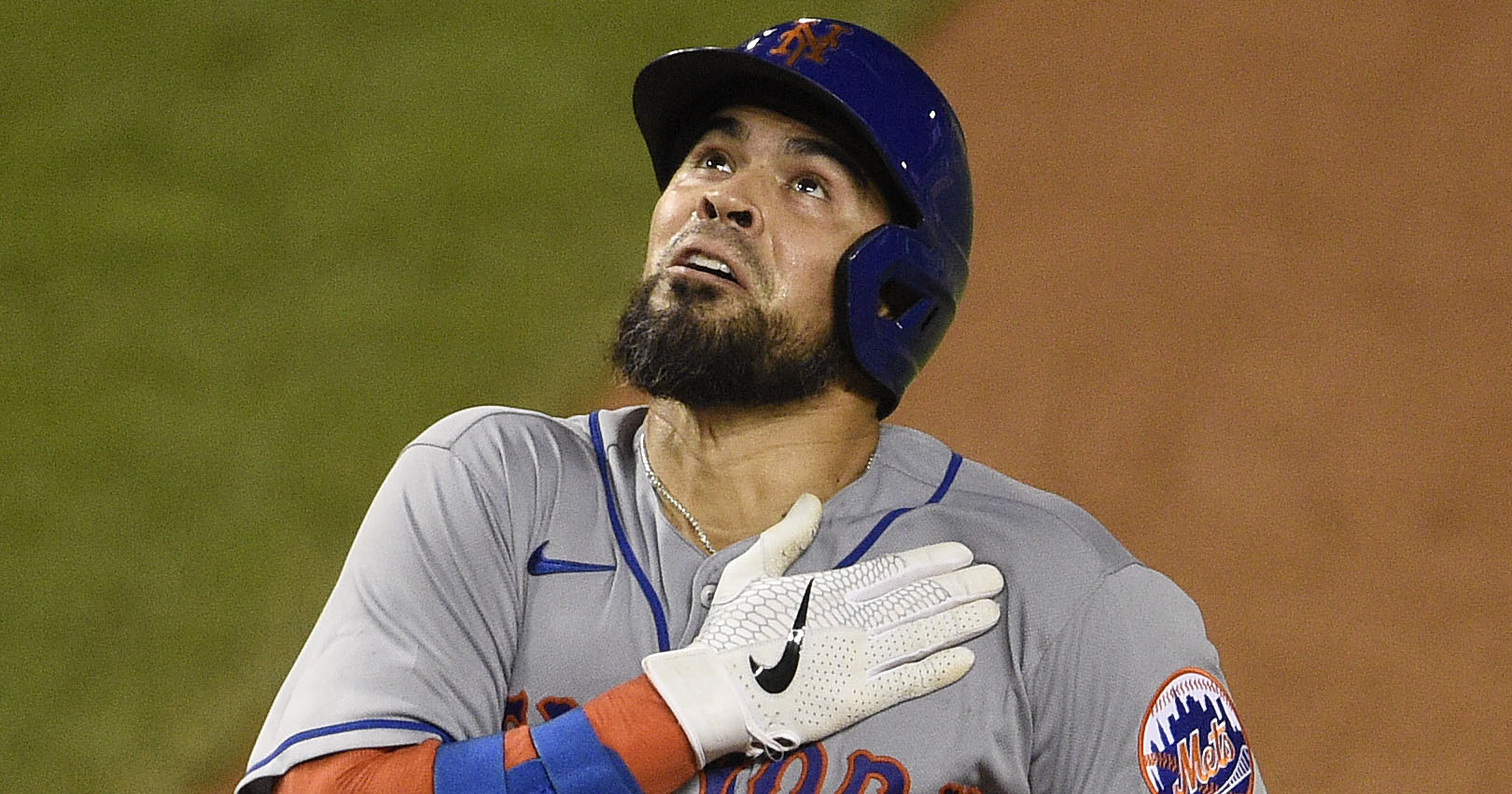 Robinson Chirinos is entering his tenth season and was teammates with Gerrit Cole on the Houston Astros in 2019.

The New York Yankees have added veteran catcher Robinson Chirinos on a minor league contract, according to Ken Rosenthal of The Athletic.

Chirinos, 36, spent the abbreviated 2020 season with the New York Mets and Texas Rangers. In 26 games, he hit .162 with a home run and seven RBI. Chirinos has also suited up for the Tampa Bay Rays and Houston Astros. In Houston, he and Yankees ace Gerrit Cole were teammates in 2019.

Now, Chirinos figures to be backup insurance for Gary Sanchez and Kyle Higashioka. Sanchez will have all eyes on him as he looks to rebound from an awful 2020, and Higashioka is once again ready for duty as his backup.

So why add Robinson Chirinos at all? He turns 37 in June, is a .231 career hitter, and far from a defensive improvement over Sanchez. Plus, unless he completely outperforms Higashioka in Tampa, he’s probably starting the season at Triple-A Scranton/Wilkes-Barre or maybe even on another team.

But here’s the rub. As we’re all well aware, Gary Sanchez’s talent comes in tandem with two catches: lots of strikeouts and some injury problems. His career-high in games since debuting in 2016 is 122. Robinson Chirinos has some pop, having slugged 52 homers from 2017-19, so he’s some good insurance to have in case Sanchez gets hurt.

But let’s talk about Cole, Chirinos’ teammate in Houston. Even if he doesn’t make the Opening Day roster, Chirinos proved he could work with Cole when they were teammates. The big righty pitched to a 2.46 ERA in 16 games with Robinson Chirinos as his catcher.

By comparison, when pitching to Sanchez eight times last season, Cole’s ERA was 3.91. That’s not bad, but a little dicey considering he pitched to a remarkable mark of 1.00 with Higashioka, with whom he grew up in California.

Needless to say, it’ll be interesting to see how adding Robinson Chirinos to the mix affects everything.

Pitchers and catchers report on Wednesday, so stay tuned to ESNY for further updates!