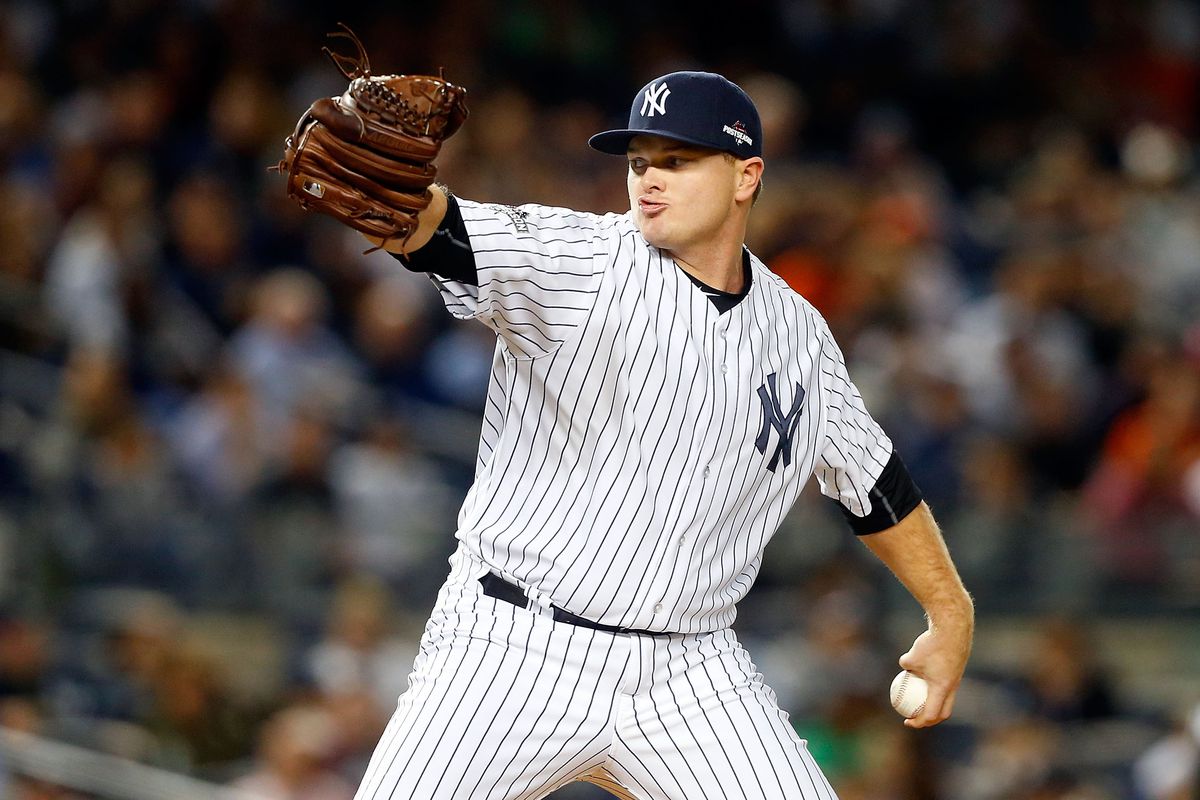 Justin Wilson returned to the New York Yankees bullpen in free agency. He spent the 2015 season in the Bronx as well.

The New York Yankees continued their bullpen makeover when they brought back left-hander Justin Wilson on Monday evening. Sweeny Murti of WFAN reported the reunion, as did Ken Rosenthal of The Athletic. The financial terms of the deal were not disclosed, though it’s likely Wilson will receive a one-year deal.

Yankees deal with Justin Wilson is done. Rejoins Yankees, pitched for them in 2015.

Wilson, 33, spent the last two seasons with the crosstown rival New York Mets and posted a 2.91 ERA in 68 games in Queens. He has also pitched for the Pittsburgh Pirates, Detroit Tigers, and Chicago Cubs, logging a 3.27 ERA for his career.

This will be Wilson’s second stint with the Yankees, who acquired him from Pittsburgh for Francisco Cervelli in November 2014. He proved an absolute workhorse out of New York’s bullpen and went 5-0 with a 3.10 ERA in 70 games for 2015.

Now, Justin Wilson returns to a new-look Yankees bullpen. Gone are Adam Ottavino and Tommy Kahnle. In are Wilson, veteran sidearmer Darren O’Day, and maybe Kyle Barraclough. He will also pitch alongside Chad Green and Luis Cessa, who the Yankees acquired from the Detroit Tigers for Wilson in the 2015 offseason.

His addition puts manager Aaron Boone in a tremendous position of strength. Zack Britton figures to be the setup man for closer Aroldis Chapman. Between Green, O’Day, and now Wilson along with everyone else, Boone can now keep teams guessing whoever builds the bridge to Chapman.

Justin Wilson is also an elite arm when it comes to exit velocity, with Statcast placing him in the 96th percentile. He has allowed 22.4% soft contact for his career and his fastball can still touch 95 mph.