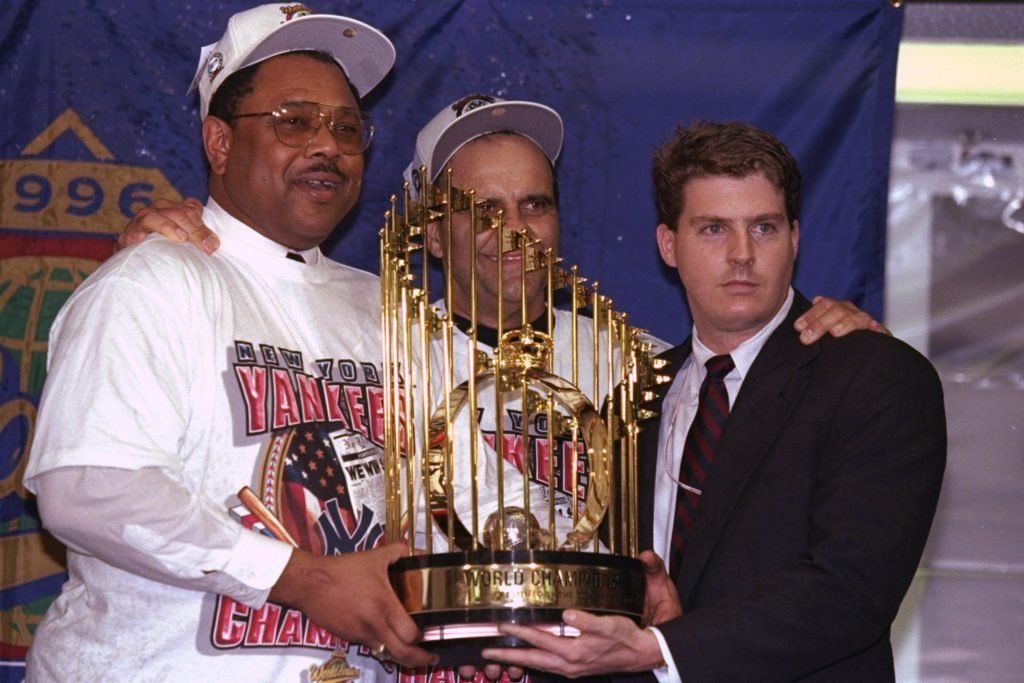 In celebration of Black History Month, let’s look back on the brilliantly underrated career of former player and executive Bob Watson.

Honestly, that’s not much of a surprise. The man spent more than 13 of his 19 years playing in MLB with the Houston Astros. These were Houston’s early years, and Watson was traded a year before the team battled the Philadelphia Phillies for the National League pennant. Between the lack of playoff appearances and playing in what was then a small baseball market, Watson was easy to miss.

This is a shame, because Watson was a special player for the Astros in his prime. Furthermore, he shared the Astrodome’s ruthless turf with some notable players, and was part of a signature moment in baseball history. In retirement, he was the architect of the 1996 New York Yankees team that won the World Series.

Thus, seeing as it’s Black History Month, let’s look back on Bob Watson, his accomplishments in baseball, and why he deserves more love from the fans.

Watson also never won any awards or accolades as a player. The closest he came was finishing 11th in NL MVP voting in 1976. He appeared in just two All-Star Games. Still, given the Astros’ status at the time, it’s no surprise Watson wasn’t a national name. After all, he was with Houston from 1966-1979, and the team never finished higher than second place over that stretch. Back then, second place in the division meant no playoffs.

But let’s look at the two Bob Watson Astros teams that just missed out on October, specifically the 1972 and 1979 teams. Even though Watson was traded to the Boston Red Sox in June of ’79, we’ll include them to further illustrate a point.

Well, looking at the rosters, Watson was far from a good player on a mediocre team. One teammate that stands out is Doug Rader, a streaky corner infielder who just happened to win five Gold Gloves in an Astros uniform. There’s also Cesar Cedeno, who won five Gold Gloves in Houston’s outfield and had over 50 stolen bases six times in his career.

Watson also played alongside Hall of Famer Joe Niekro. In his salad days, the late, great Joe Morgan was also a teammate.

Sometimes, it’s the company you keep that matters.

On top of it all, think of baseball as you know it. When push comes to shove, it’s a game that comes down to the numbers. In some cases, or so the statisticians claim, it’s the small and isolated seemingly insignificant numbers that matter most.

The reason I bring this up is that one of these very numbers belongs to none other than Bob Watson.

MLB also knows the millionth run is imminent, and just needs to be ready to note who scores it. Entering today, baseball is about 10 away from the mark.

In the first game, Watson became the man who scored the millionth. He led off the second inning with a walk, stole second base before his teammate Jose Cruz walked, and then scored on teammate Milt May’s three-run homer.

Ready for the twist? Watson almost didn’t earn the honor. As he recalled, per Brian McTaggart of MLB.com, he only did so because his teammates shouted at him to sprint home. Otherwise, Cincinnati Red shortstop Dave Concepcion would have scored baseball’s millionth run on a home run he just hit.

Bob Watson’s life in baseball wasn’t restricted to the field either. Though he was a coach in retirement, he was also a successful executive. In 1994, the Astros hired him as their general manager.

Two years later, however, Watson would get the job that made him a champion when the New York Yankees hired him as their own GM. Picking up where Gene Michael left off, Watson got right to work. To fill the void left by the retiring Don Mattingly, he traded for Seattle Mariners slugger Tino Martinez in December 1995. At the trade deadline, he swapped popular switch-hitter Ruben Sierra for Cecil “Big Daddy” Fielder.

The Yankees won their first World Series in 18 years that October. After the 1997 season, Watson retired for good. He later worked for MLB as a vice president, a life in baseball truly well spent.

None of this is to say Bob Watson’s legacy is unappreciated. Yankees fans especially look back on him fondly, as he handed the front office’s reins to a young Brian Cashman in 1998. Cashman still holds the job to this day and has developed his own sterling reputation as an executive, and he has the four rings to prove it.

Not only that, but Watson’s two signature trades at the start of his Yankees tenure paved the way for New York to win four World Series in five years.

And as a player, Bob Watson did more than we realize. When he wasn’t scoring the millionth run in baseball history, he was drawing more attention to the Houston Astros. He was playing and learning alongside future Hall of Famers. Even as he fought injury after injury, he managed to hit a home run playing for the Yankees in the 1981 World Series. The man lived the literal dream.

Yet, his legacy is reduced down to a footnote when he did much, much more.

As fans, isn’t it time we do the same?