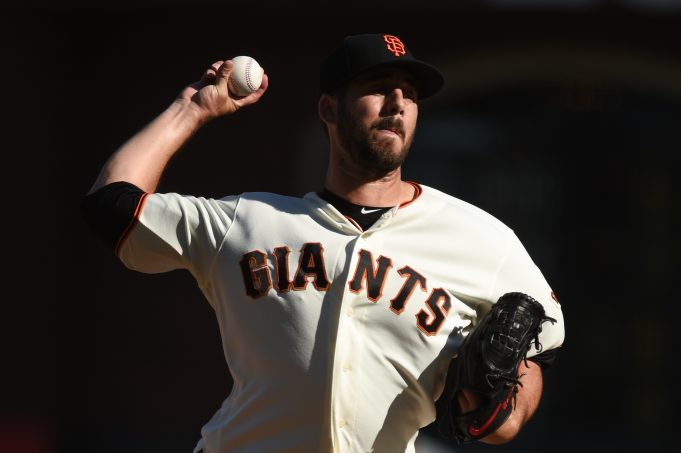 Kyle Barraclough figures to have a legitimate chance at making the Opening Day roster for the New York Yankees out of spring training.

The New York Yankees have signed right-handed relief pitcher Kyle Barraclough to a minor league contract, according to Jon Morosi of MLB Network. Barraclough has also received an invitation to spring training in Tampa.

Source: Kyle Barraclough has agreed with the #Yankees on a minor-league deal with an invitation to @MLB camp. @MLBNetwork

Barraclough, 30, last appeared in the majors in 2019 and pitched for the Washington Nationals and San Francisco Giants. He posted a 5.61 ERA in 43 appearances and did not pitch in the abbreviated 2020 season. Barraclough also owns a career K/9 of 11.4 to go with an average career fastball velocity of 94.6 mph.

Barraclough also throws a slider and changeup, making him more than just a one-trick pony on the mound.

Even for a minor league contract, Kyle Barraclough is worth the upside. Remember, the Yankees’ bullpen isn’t as strong as it was compared to the last two years. Adam Ottavino was recently traded to Boston Red Sox, and fan-favorite Tommy Kahnle signed with the Los Angeles Dodgers in free agency.

Even with setup man Zack Britton and Chad Green, the bridge to closer Aroldis Chapman could use some maintenance. This is where Barraclough comes in. He debuted with the Miami Marlins in 2015 and posted a 2.87 ERA in his first three seasons. That figure ballooned to 4.74 the next two years, but also wasn’t helped by a 5.50 FIP.

With a solid infield behind him and a great bullpen coach in Mike Harkey, not to mention pitching coach Matt Blake, there’s no reason to believe Kyle Barraclough can’t succeed with the Yankees. If he shows up to spring training ready to work and plays at a high level, he can absolutely be the sixth or seventh inning arm out of the bullpen some nights.

And if things don’t work out, then the Yankees can cut him at minimal cost.

Pitchers and catchers are scheduled to report on Feb. 15.