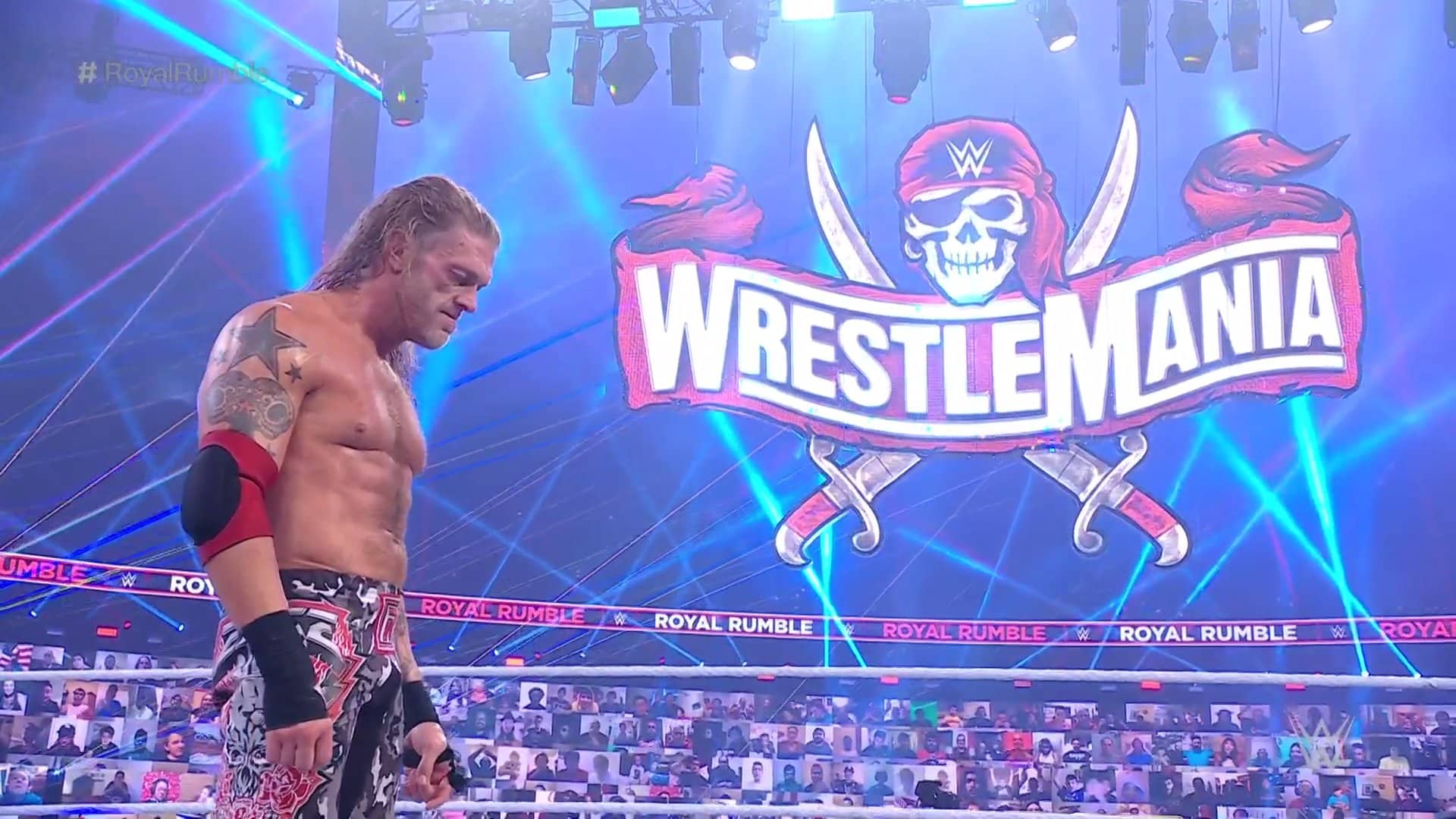 WWE Hall of Famer Edge solidified his return to the ring as he won the Royal Rumble for the second time in his career. The 11-time champion also made history in becoming just the fourth in WWE history to win the Royal Rumble from the No. 1 position.

Edge, real name Adam Copeland, kicked off the match with his former tag team partner Randy Orton, with whom he had a Last Man Standing match at WrestleMania 36 last year. After Orton left the match with an apparent knee injury, he then hit Edge with the RKO after his former partner eliminated Seth Rollins. Edge then countered Orton’s attempted elimination to win a title shot at WrestleMania 37 in April.

Other highlights of the match included the former Universal Champion Rollins’ return at No. 29. Former Intercontinental Champion Carlito also returned to the company for the first time in over a decade.

In a moment that was fun for all involved, fans were treated to a real-life version of Celebrity Deathmatch. After The Miz entered at No. 15, he destroyed the DJ equipment of rap star Bad Bunny, who performed earlier in the evening. Bad Bunny then came out, climbed to the top rope, and hit a frog splash on Miz and John Morrison after the two were eliminated by Damian Priest.

But the night belonged to Edge, who now seeks further redemption in his return to the ring. He retired due to a broken neck in 2011 despite a successful multiyear run at the top of the company, but returned at last year’s Royal Rumble. After he and Orton had their match at ‘Mania, they had a singles match at Backlash before Edge suffered a torn triceps.

However, Edge returned on last week’s episode of Monday Night Raw to reveal his plan: he was ready to return and would do so at the Royal Rumble. Not only did he return, but he made history.

WrestleMania kicks off in Tampa on April 10, so stay tuned to ESNY for any key updates!