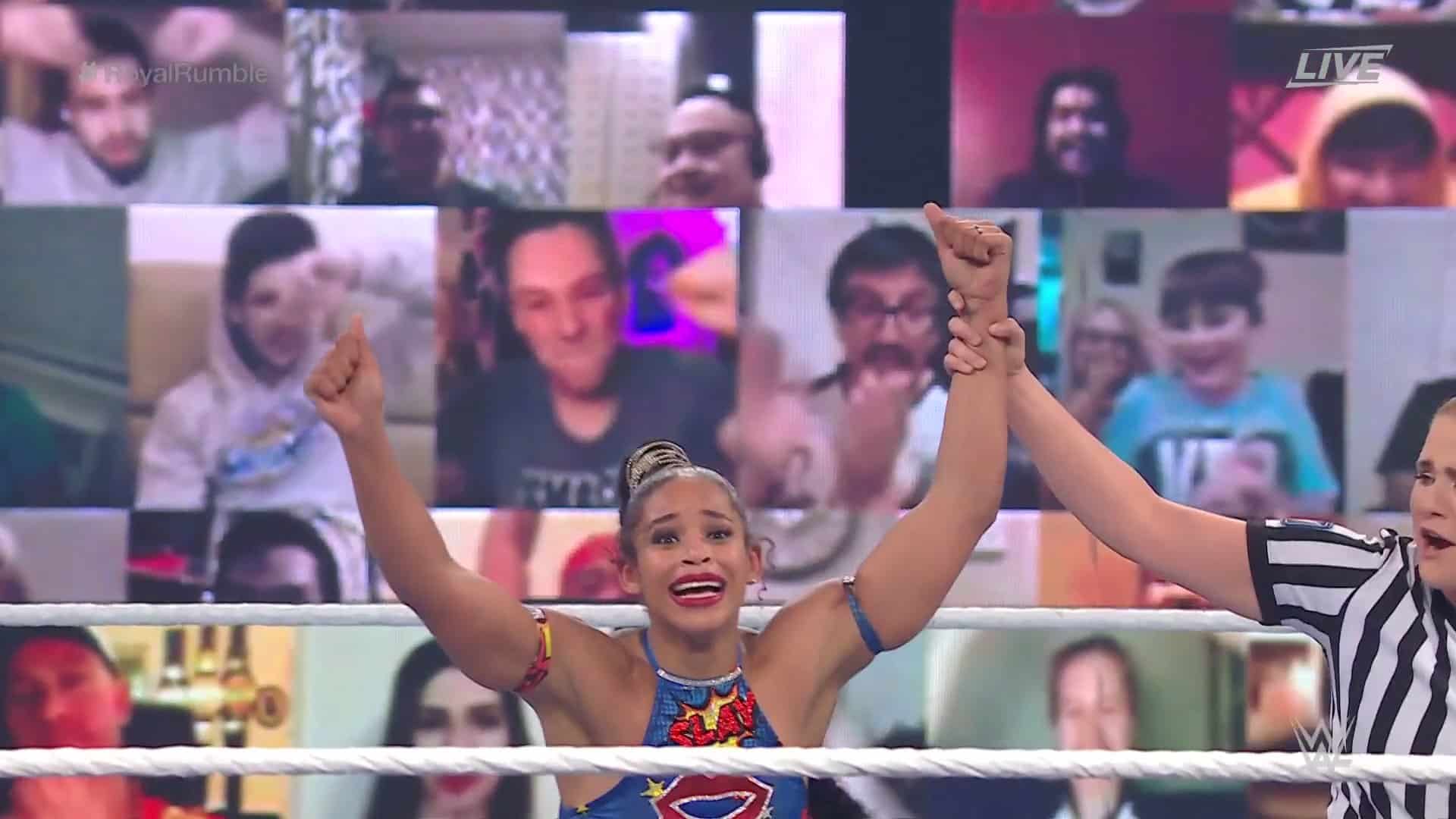 Bianca Belair proved the iron woman as she won the Women’s Royal Rumble from the No. 3 position.

The match’s climax, of course, came down to the final four participants: Belair, Ripley, Flair, and Natalya. The quartet shrunk to a trio after Belair eliminated Natalya over the top rope. Then, she and Ripley worked in tandem to overpower Flair, and later worked together to eliminate her.

Finally, Rhea Ripley and Bianca Belair stood alone. The two just looked at each other before trading jabs and eventually dually skinning the cat, their feet mere centimeters from the ground. Ripley tried for her signature Rip Tide, but to no avail.

Finally, after standing and trading some more, Belair finally overpowered the massive Ripley over the top rope to be the last woman standing.

Next, Belair is likely to challenge SmackDown Women’s Champion Sasha Banks at WrestleMania. Stay tuned to ESNY for more updates from the Royal Rumble!